The Nogales industry gears up to continue confronting rising difficulties in costs, regulations and politicking.

Despite the significant achievements the Nogales community has logged in recent years, challenges remain. The first of those includes adequate staffing of newly improved facilities. Allison Moore, vice president of the Fresh Produce Association of the Americas (FPAA) in Nogales, AZ, reports the association continues to work with Customs and Border Protection (CBP) on a federal level to improve hiring and recruitment processes to fully staff their ports of entry across the United States. “We do a lot here through collaboration and innovation in Nogales, but that doesn’t take away the need for adequate CBP officers at our ports of entry,” she says. 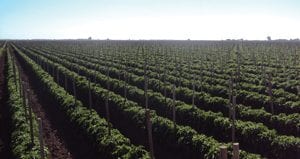 Having adequate and well-trained staff throughout all levels of the industry remains a major goal. Chris Ciruli, chief operating officer for Ciruli Brothers in Rio Rico, AZ, explains one of the challenges facing the Nogales area is bringing and retaining trained and technical labor. “We hope joint efforts with local colleges and universities will enable access to education for the local community, creating more opportunity for residents and employers alike,” he says.

Though the Nogales community continues to work on improvements in roadways and facilities in the U.S., additional broader initiatives remain crucial, as well. “Infrastructure is always an issue when it comes to dealing with high volumes of produce coming in every day,” says Pedro Batiz, vice president of sales for Divine Flavor in Nogales. “We need the infrastructure on both sides to be considered equally efficient.”

Lance Jungmeyer, FPAA president, points to the increasing importance of trade facilitation. “We want to shrink the border process to make things more efficient,” he says. “Initiatives such as unified cargo processing agreements help augment ground transport efficiencies. Inspectors from both countries might be working from the same facility to create efficiencies and reduce waiting times.”

Overshadowing these challenges looms the political climate in both countries, adding layers to an already complex environment. “Perhaps the greatest challenge for the Nogales area has been the administration changes over the past 18 months, both in the U.S. and Mexico,” says Ciruli. “In Nogales, we are stuck somewhere in the middle, advocating for open trade,” he says.

Another big hurdle facing Nogales, and the produce industry as a whole, is that of increased regulations driving up costs states Matt Mandel, vice president of operations for SunFed in Rio Rico. “Specifically, freight is a real challenge,” he says. “Increasing freight costs limit product competitiveness and freshness to the end consumer. We are also in a period of deflationary pricing with increased cost inputs; something has to give.”

Seemingly innocuous regulations such as the E-log trucking requirements result in significant complications. “Before the truck-driver-limited-hours law, a truck was able to reach Los Angeles in one day with checking and loading times included,” says Batiz. “Now, with that new law, it takes about two days to get to Los Angeles.”

Volume of Mexican Produce imported through Nogales in 2017

The top volume of produce by type: