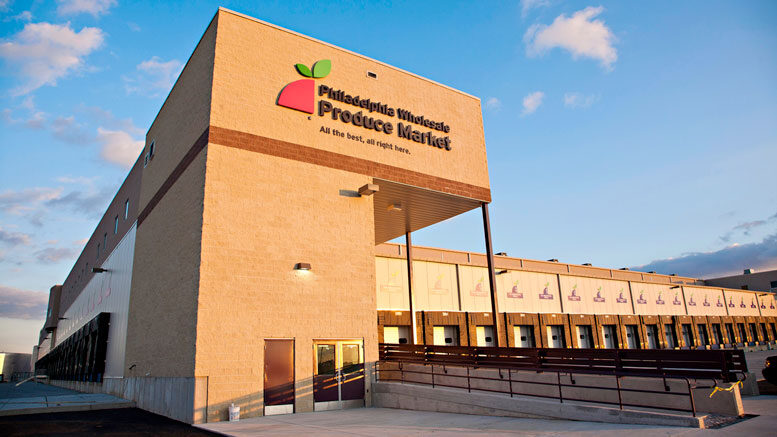 Originally printed in the September 2022 issue of Produce Business.

With a metropolitan area population over 5.7 million people, Philadelphia represents a strong and growing food marketplace.

R.J. Durante, sales and director of food safety at Nardella Inc., located in the Philadelphia Wholesale Produce Market (PWPM), sees a diminishing of the previous hesitancy from customers to load heavy due to COVID and the economy. “Over the summer, slowly but surely, people started buying how they did before COVID,” he says.

Customers have realized it’s time to get back out there, Durante says, adding cherries over the summer were an interesting example. “They’ve always been a high-priced item. We were hesitant on how much to bring in, but people bought them.”

Pinto Brothers, also on the PWPM, reports strong growth in the marketplace. “Our customers seem like they’re doing well,” says Todd Penza, salesman. “Our vendors are strong and we’re helping customers get what they need.”

The challenges of the past few years brought opportunities, yet left an unsettled marketplace.

“COVID opened the doors to places we couldn’t get into before,” says Louis Kean, general sales at E.W. Kean. “But, the market is consistently inconsistent. We have customers buying up our inventory because they can’t source it otherwise. For example, someone who doesn’t need me 99% of the time for potatoes will come in suddenly and buy up our entire potato inventory. That’s hard to plan for.”

Philly boasts new grocery stores popping up throughout the city and suburbs. “Aldi has been aggressively expanding for the past four to five years and Lidl has just started to enter,” says Filindo Colace, vice president operations for Ryeco. “The chains in the Philadelphia area are expanding and opening new stores.”

Independents such as Redner’s Markets are also expanding with new stores throughout a 300-mile radius of Philly. “The independent business is solid,” says Colace, “and the smaller mom and pop and ethnic stores are also thriving.”

Tracie Levin, controller for M. Levin and Company, notes the area has seen some newcomers in recent years, such as Sprouts and other specialty chains. “For many years, Philadelphia, especially in Center City, was lacking the presence of retailers, but they are much more prevalent now and helping to serve communities that never had access to them before” she says.

Philadelphia is a food city and restaurants are bouncing back. “Philadelphia has an outstanding food scene, from sandwich shops and bakeries to fine dining,” says Glenn Messinger, vice president of branch operations for Baldor Specialty Foods, including Philadelphia, Boston, and Washington, D.C. “There is a lot of innovation and uniqueness in Philly’s restaurant sector.”

This past summer evidenced the restaurant business coming back, according to Kean. “Foodservice customers have started to buy the same, if not more, than pre-COVID,” he says.

Foodservice is open for business, agrees John DiFeliciantonio, co-owner of North American Produce Company (NAPCO). “However, it’s been a hard road back,” he says. “Menus are different and operators are trying to really manage input costs. They are sensitive to price. There’s a trend in foodservice to buy more semi-processed to help with labor.”

To aid restaurants dealing with such constrains, Baldor has expanded product lines, according to Messinger. “We now have any item a chef needs when it comes to food, including fresh proteins, fish, dairy and cheese,” he says. 