ASSOCIATED POTATO GROWERS INC., Grand Forks, ND
The largest fresh potato packer in the Red River Valley has a new chief executive. Carrington, ND, native Bryan Miller brings 20 years of farming and ranching experience. Miller also ran a manufacturing plant in Jamestown, ND, for 15 years. Miller joined the staff in August to begin the leadership transition with the current general manager, Paul Dolan. Dolan, who has been with APGI for 25 years, will retire at the end of the year.

“I’m grateful to be working with great people in a family-type atmosphere,” notes Miller. “We provide high-quality product, with timely delivery. We try to get every dollar out of a potato, and we operate as efficiently as possible.” Associated Potato Growers is a grower-owned cooperative, operating packing sheds in Grand Forks, Grafton, and Draydon, ND, specializing in red- and yellow-skin potatoes for the retail and foodservice markets. 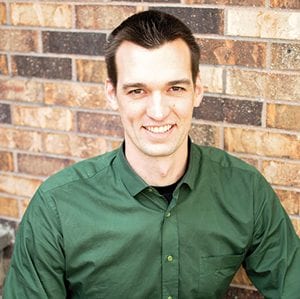 President James Kerian is eager to announce, “We’ve developed a new and unique type of sorting machine that the market has not had before.” Kerian describes his new invention, explaining, “We’ve been making machines that have been sorting by diameter, and the new design will sort by length, as well.” Cucumbers, zucchini, Russet potatoes and sweet potatoes are examples of produce the new machine can sort. Kerian claims the innovative sorter is more economical and more portable than any other sizing machine currently available.

Prior to the rollout of this new technology, “There had not been a mechanical way to do this type of sorting,” he explains. “It would have had to be done by hand, which is labor-intensive; or with an optical sorting machine, which costs about 50 times as much.” Kerian and his sister, Mary, created the new design. “We have developed it and tested it, and we are looking forward to trying it in the packing houses.”

Kerian Machines celebrated its 50th anniversary in business last year. Kerian is one of the third-generation members of the family-owned company, which was started by his grandfather in 1967. The company continues to expand into specialized sizers for an increasing number of commodities, ranging from fruits and vegetables as small as Brussels sprouts, to larger produce items such as cantaloupes. In the potato arena, offerings include sizers for mini-tubers.

Donavon Johnson was hired as NPPGA’s new president. Johnson replaced Chuck Gunnerson who retired after leading the organization for the past 10 years. Johnson brings an extensive background in leading successful businesses and non-profit organizations, most recently working for the North Dakota Trade Office.

NPPGA Chairman of the Board Eric Halverson says he is excited to have Johnson on board. “I believe his collective experience in business, working for the state trade office and growing up on a potato farm will help him successfully lead the organization.” Halverson adds, “I know he will work hard to reach out to the industry to understand, and then tackle the important issues. No doubt he will build on all of the positive things Chuck is leaving him with.”

NPPGA, founded in 1946, supports more than 200 grower members in North Dakota and northwest Minnesota in the areas of research, promotion, marketing, communication and legislation.

Building on a successful first year, H&S FreshPak begins its second season with a new rail siding adjacent to its packing facility. “The upgraded rail spur will allow us to load rail cars here and will be more cost-effective,” explains Andy Moquist, co-manager of H&S.

Moquist and T.J. Hall, handle all sales and management duties for H&S FreshPak. H&S was opened last year when two well-established potato-growing and shipping operations, Hoople, ND-based J.G. Hall & Sons and Crystal, ND-based O.C. Schulz & Sons partnered and formed the new business. They acquired the wash plant, which was formerly owned by the Northern Valley Growers. “The opportunity came for us to buy this operation, so we are now more efficiently able to meet the needs of our customers,” reports Hall.

Moquist had 15 years of shed management and sales experience from O.C Schulz & Sons, and Hall has been in shed operations for 21 years at J.G. Hall & Sons, with 11 years also in sales.

NOKOTA PACKERS INC., Buxton, ND
President Steve Tweten reports Chief Operating Officer Carissa Olsen’s duties will be expanding as Tweten works toward retirement. Olsen has been with NoKota Packers since 2005 in operations and management. In addition to its own sales team, NoKota Packers markets part of its crop through San Francisco-based Fresh Solutions Network LLC. Fresh Solutions provides marketing, category management and other services. Outside of the traditional retail, poly-bagged product, it offers a line of convenience, gourmet, custom-packs and fresh-cut products. 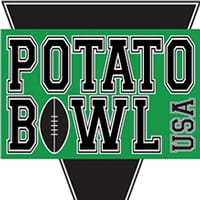 Celebrating potatoes and football in one mega-event in the Red River Valley of North Dakota and Minnesota, the 53nd Annual Potato Bowl provided festivities for football and potato lovers of all ages. This year’s event was held Sept. 18-22 and culminated with a football game against rivals from two of the largest potato-growing states in the country — the University of North Dakota vs. Idaho State University at Alerus Center in Grand Forks, ND. The game was a rematch between the same teams who battled each other in the first-ever Potato Bowl in 1966.

Ted Kreis, director of marketing and communications for the Northern Plains Potato Growers Association (NPPGA), along with several area potato growers and shippers, has been involved on committees coordinating this event for a number of years. This year’s festivities kicked off with Potato Bowl PLINKO at Hugo’s retail store locations and continued with a golf tournament.

A potato chip giveaway and a baked potato bar at all Hugo’s retail store locations, “The World’s Largest Fresh Fry Feed,” and fireworks were among the planned events at the University Park & Memorial Stadium. However, this year’s French Fry Feed and fireworks were canceled because of inclement weather. A French fry eating contest and a Potato Giveaway also were scheduled. Potato Bowl 1K and 5K races, along with an evening concert and street dance in Grand Forks, highlighted the Sept. 20 events.

The final day started with a pancake breakfast before the Potato Bowl Parade. A tailgating party preceded the football game.

The idea of creating a week of activities joining together football and potatoes was originally put together by several administrators and coaches at the University of North Dakota.

The Art Of Produce Labeling And Bag Printing