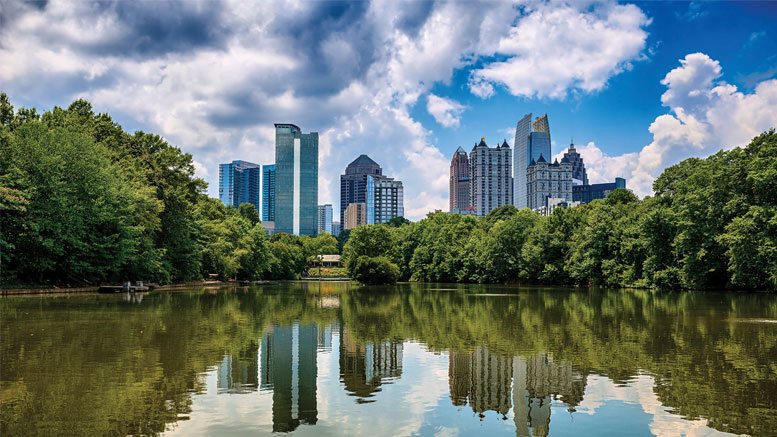 Georgia’s fruit and vegetable climate is about to get healthier. As the state looks to expand opportunities for its ag businesses, some Atlanta-based wholesalers are looking for additional produce overseas. In a recent article titled, “Creating Opportunities for Georgia’s Produce Industry,” on the USDA’s blog, posted by Ed Avalos, USDA’s under-secretary for marketing and regulatory programs, Avalos notes Atlanta produce wholesaler J.J. Jardina received the market’s first direct import of stone fruits from Peru via the Port of Savannah as the result of talks between Atlanta State Farmers Market’s manager Paul Thompson and officials at the port.

It was Atlanta’s unique location that enabled the shipments to be delivered from the port in less than five hours before being distributed to other locations along the eastern seaboard. With adequate cold storage, J.J. Jardina is able to break down and distribute shipping containers of produce that would have passed through Atlanta on its way to nearby poultry houses.

It is the goal with this new venture that Peruvian stone fruit imports will yield new opportunities for the market. “We’re dipping our toe in the water to see what’s possible in terms of money to be made and savings,” says Thompson.

There have been other recent developments focused on enhancing the produce industry in Atlanta and the state. In the past two years, the Atlanta State Farmers Market underwent two major updates. The wholesaler buildings are currently being reroofed, while six sheds will be removed to create additional selling space.

Thompson also expanded the market’s cold storage section to include closed refrigerated wholesale space, according to Avalos. Cold storage was a major factor in the agreement to accept the Peruvian imports, and the market hopes an expansion will lead to similar opportunities.

The approximately 150-acre market opened in 1959 and currently houses 30 wholesale vendors, with an additional 60 retail and garden businesses. “We’re serving as a terminal wholesale market for the Southeast,” says Thompson. “But we also offer retail outlets, a garden center, two restaurants.

As another part of strengthening Georgia’s local ag economy, the state’s agricultural commissioner Gary Black is increasing marketing efforts through the state’s Georgia Grown brand. The brand includes a federally licensed trademark that allows the entire Georgia ag community to use the logo and branding to support their business, according to Avalos. In four years, more than 600 businesses used the branding to help gear up marketing efforts.

There is much potential for produce growth in the city. Atlanta is a blend of neighborhoods that include Downtown, Midtown and Buckhead. It’s population totaled 463,878 in 2015, and the demographic is more than 60 percent African American and 33 percent Caucasian, according to the U.S. Census Bureau.

On the retail front, the major players in Atlanta are Kroger, Publix, Ingles, Wal-Mart, Whole Foods, Aldi and Food Depot, according to the Atlanta Chamber of Commerce.   The restaurant scene is as diverse as the population, with the city eateries offering American and an eclectic mix of ethnic fare.

In recent years, produce industry changes and consolidations have altered the landscape of business in the region. Seven Stars, a brokerage house that handles potatoes and onions, has been in business since 1993 and has been impacted by the shift.

“We used to be a full-line brokerage house, but the California brokerage business went away, so basically we now warehouse and distribute product,” says Richard Sutherland, president. “The bigger houses are getting bigger and the smaller ones are going way.”

He attributes these changes to technology and also the mindset that bigger companies are more viable and better to do business with. This factor brought a whole new set of challenges to companies like Seven Stars. “Between contracts and people making buy/sell agreements, we end up getting locked out of new business,” says Sutherland. “Companies are working off certified vendor lists; many times, the end users bypass the middleman for a contract price. The result is that local vendors here just receive a delivery fee.”

One aspect of the program business is that when there’s an oversupply of product, prices get lower; but if the market is tight, prices will rise. This means, if there is a short crop, and 80 percent is already contracted for sale to designated companies, there is only 20 percent of the product left to go around in the open market, which drives prices up.

“The most exciting thing right now is that the market is improving, which will be beneficial to food safety and technology. The floor improvements alone allow us to be compliant in other arenas.”

“Over the past five to six years, particularly with onions, we have been experiencing really high prices,” says Sutherland. “For example, in mid-January, onions would go from $9 FOB to $18 in just a few weeks.” He attributes the cause to the new way of doing business in the produce industry. Shippers that have 80 percent of a crop contracted at $8 are more motivated to drive the price up for the remaining product to compensate for the lower price point.

Despite these issues, the business climate in Atlanta and the state is on a positive track. “The economy in Atlanta is back on track, with the city growing again,” says Sutherland. “We’re maintaining our business, even in a very competitive marketplace.”

Further proof of this is Forest Park, GA-based Nickey Gregory Co., which recently added a new fleet of tractor trailers to expedite delivery of its products to 11 Southeastern states. The 16-year-old, family-owned full line wholesaler is located on the Atlanta State Farmers Market and also has operations in Miami, FL.

“In the next year, we will be expanding our Miami warehouse and adding more than 30,000 square feet to our existing 75,000-square-feet facility,” says Andrew Scott, director of marketing and business development. “We have had a warehouse in Miami now for six years.”

The company supports locally-grown produce, as a member of Georgia Grown. “The trends we’re seeing are centered around locally-grown produce, with local greenhouses being built in and around our region,” says Scott. “There is also more private labeling on more fresh produce items as well as additional traceability and transparency of all packaged produce to adhere to FSMA.”

Nickey Gregory increased its ethnic and specialty produce offerings due to the prevalence of restaurant concepts seeking these products as well as the diverse demographic of the city. The company also expanded its customer base in response to an increase in convenience stores, gas stations and traditional drug stores carrying fresh produce, both packaged and bulk.

Tom Lange Co. (a Springfield, IL-based distributor with a regional office in Marietta, GA) expanded its ethnic produce lines to meet the needs of the city’s changing demographic. “We attribute this to an evolving population and increasing number of immigrants, the majority of which are Latino,” says Eric Hoffmann, vice president of sales for the company’s Atlanta division.

The company also has seen continuous growth in prepackaged and precut produce as well as organics. With outlets in Alabama, Georgia and Florida, the company is currently expanding its office and customer base, along with its transportation division.

Another local company, Bruce Newlon Co. was initially located on the Atlanta State Farmers Market in 1967, but moved to its current location in Ellijay in 1992. The potato and onion broker continues to operate as a family business. “In terms of trends, we used to do a big business with white potatoes, but now, it’s mainly red and gold varieties as well as Russets,” says Terry Newlon, general manager. “One reason is that white potatoes tend to turn green quicker under supermarket lights.”

He adds that sweet onion imports from Chile increased the popularity of this vegetable, as it’s now offered year-round. Wholesalers on the Atlanta State Farmers Market, such as Coosemans Atlanta Inc., look forward to the Market’s improvements to what many say is an antiquated building.

“The most exciting thing right now is that the market is improving, which will be beneficial to food safety and technology,” says Bryan Thornton, Coosemans’ general manager. “The floor improvements alone allow us to be compliant in other arenas.” The company handles specialty items and continues to see a big run on locally grown produce.

Many of its commodities are grown in Central and South America, including baby squash and French beans, with specialties brought in from Europe and New Zealand. Local produce includes heirloom tomatoes and herbs. “The overall market is improved when we bring in different worldly commodities into one location,” says Thornton. “This allows chefs to differentiate or revamp their menus.”

Coosemans works with a number of independent retail outlets in the city, including Indian, Chinese and Vietnamese grocery stores. “The competitiveness of the Atlanta marketplace is beneficial for everyone, since it keeps us alert and in tune with what’s going on,” says Thornton. “Without it, we would become stale.”