For us Americans, watching the whole Brexit battle go on for months has been perplexing. To start with, the idea of holding referendums on important subjects is odd. Although we have state-level referendums, mostly to allow people to break through political logjams of a smaller electorate, these referendums can’t, by definition, deal with great national issues.

The reason why referendums on major national issues, such as independence for Scotland or leaving the EU, make no sense is that they are not self-limiting. If you accept the idea that the people of Scotland should be able to disassociate with the United Kingdom if a majority says so, well, on what basis do you say that one referendum decides the question forever? Isn’t the logical extension that if people change their minds, they should get another chance to vote at another time?

Yet, on the other hand, repetitive voting on these vital issues doesn’t make much sense either. So, the UK voted for Brexit … what can that vote mean if those who oppose the outcome can demand another vote? It has more than a hint of elites saying: “We love democracy, so you should vote, and then keep voting until you get it right!”

The big argument, of course, is that the people didn’t really know what they were voting for. Only now, with more study and the options clearer, can the people understand.

Yet this is always true and is the very nature of a referendum. You can have a vote on a big principle. For example, you can resolve to maintain a strong defense. But this doesn’t answer the actual questions that must be decided: Should we build two more aircraft carriers; should we build a new nuclear submarine? Should we post 40,000 troops in Asia? These micro decisions, in sum, establish whether we have a strong defense.

Besides, even after two years of discussion, it is not clear that the people know the consequences of Brexit better than they did at the time of the referendum. After all, the papers are filled with scary images of a “no deal” Brexit. It is scary. But suppose the media, instead of using this term, simply said this: “Should the UK fail to reach an agreement with the EU as to post-Brexit relations, the UK would trade with the EU on the same basis that the UK trades with the United States of America right now.” That doesn’t sound so scary, does it?

Besides, the notion that a revote is necessary because voters didn’t anticipate a “no deal” Brexit is the same thing as saying that if the EU is intransigent in its negotiations, then it can force a revote. 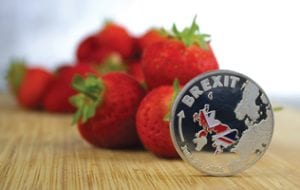 It is all a part of a cowardly kind of politics, where rather than vote and take responsibility, politicians punt the issue to the people and thus avoid responsibility.

The reality is that the party that MUST have something in a negotiation typically loses. This is especially true in a case such as Brexit, where the EU is terrified other countries might wish to leave and so specifically wants to make Brexit painful.

There are ways to have made the negotiation a success. The UK needed to declare on the first day post-referendum that it expected the EU not to come up with an acceptable deal. Then the UK needed to change the dynamic. So, for example, the UK could have announced that effective with the first day of Brexit, there would be no tariffs on goods from any country in the world — except the EU.

So now you would have the chief executives of every German car company in Angela Merkel’s office decrying the fact that Japanese and American car companies could have an advantage in the UK market. In other words, one has to change the dynamic so that the EU feels it has something to lose.

A big part of the problem is that rather than using Brexit to fulfill a vision of an open society instead of one contained within EU tariff walls, many supporters of Brexit have fallen into the trap of imagining a closed, sheltered society. In the midst of the negotiations over Brexit, a controversy arose over trade with the US, specifically our use of chickens washed in water treated with chlorine.

EU rules preclude the use of chlorine, but almost all US chickens are washed with chlorine. The answer, in a free society, is that without a scientific basis for believing this is a danger, the UK should be open, and those who wish to eat chicken not washed in chlorine should be free to look for producers who so market.

This has led to a confusion. The vision of an open market and open people engaging with the world conflicts with a vision of a parochial people focused on things such as protecting local chicken producers.

It is all a part of a cowardly kind of politics, where rather than vote and take responsibility, politicians punt the issue to the people and thus avoid responsibility. In the writing of the Constitution, the Founding Fathers went to great pains to avoid the mistakes of direct democracy in the Greek city states. The idea was that legislators owe the people not obedience, but judgment. The root of the mess in the UK is forgetting this crucial point.