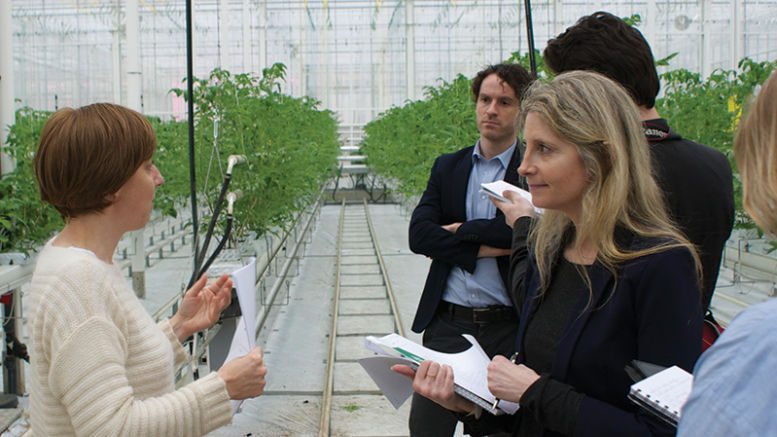 Produce Business is invited for an exclusive produce tour hosted by VLAM, Flanders Agricultural Marketing Board 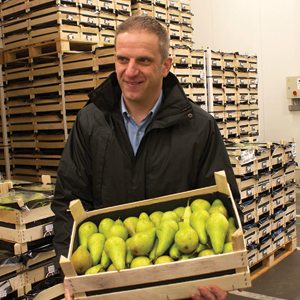 VLAM, Flanders Agricultural Marketing Board, headquartered in Brussels, is a nonprofit promoting the sale, added value, consumption, and image of products and services of the Flemish agriculture, horticulture, fishery and agro-alimentary sector in Belgium and abroad. The organization launched this unique produce sector excursion in February as part of a broader strategy to strengthen and expand the country’s export reach, bolster brand messaging, and build bilateral and multilateral partnerships, explains Leen Guffens, VLAM’s press officer, who jointly facilitated the itinerary with Gert Van Causenbroeck, export manager at VLAM.

Forging through the cold torrential rains and blustery winds, executives from across the supply chain warmly hosted Produce Business and partner Produce Business UK. While fruit and vegetable trade flows more readily between Belgium, Europe and the U.K. — due to logistics and geographical proximities — capitalizing on the scope of Belgium produce exports and market prospects for the U.S. proves more challenging, acknowledges Dominiek Keersebilck, sales and marketing director for REO (Agricultural Auction Market for Roeselare and surrounding area). REO is a cooperative fruit and vegetable auction, where more than 3,000 producers market an average of 60 different types of vegetables, auctioned six times a week.

Nonetheless, Keersebilck is determined to change that: “If a supermarket or wholesaler wants to work with us, we’ll do anything necessary to get that certification.”

VBT (Association of Belgium Horticultural Cooperatives) represents the interests of Belgian producer cooperatives in the fruit and vegetable sector. In fact, Belgium exports a significant amount of its total production, but when segmented by country, the U.S. market blends into the relatively marginal “other” category, according to Philippe Appeltans, general secretary of VBT. Cautiously optimistic, after more than six years of government negotiations to meet phytosanitary concerns and other strict procedures, the chance for Belgium’s globally popular Conference pears to hit U.S. supermarket shelves is within grasp, according to Van der Sypt.

The USDA draft rule set the steps in motion in January to accept apples and pears from eight EU countries, including Belgium. “The process involves new measures we have to take during the growing season, and of course establishing the commercial relationships,” says Appeltans.

“We remain positive for the near future. We’re quite optimistic we will soon have a breakthrough,” adds Van der Sypt. 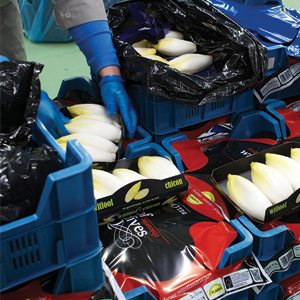 The pear variety’s potential entree to the U.S. market would piggyback off Canada’s allowance last year to import Belgium’s Conference pears. An aggressive promotional, marketing and in-store tasting campaign made inroads in Canada, according to Miguel Demaeght, division manager sales, BelOrta (Europe’s largest cooperative auction) with a turnover of more than 350 million EUR. Since 2015, this division became the hub for Conference pears destined for Canada. The goal: introduce and educate Canadian consumers on the inherent virtues and characteristics of Conference pears, which are available from mid-September to end of April, he says.

Such virtues [“delicious; both hard and crispy, or soft and sweet; good shelf life; and storing capacity; high quality cultivation, unique elegant shape; and long availability”] at first sight may elude retailers and shoppers unfamiliar with the variety — creating a difficult sell if not marketed properly, according to VLAM’s Van Causenbroeck.

“Conference pears have a brown/copper appearance. If you don’t know the pear variety, customers and consumers think it is overripe. In every market we launch the variety, we have to educate. Even in the Russian market 15 years ago, there was initial resistance to Conference pears. Now, it’s the same in Canada and India,” he says.

“We have to convince people, ‘Please try it; taste it,’” adds Appeltans, “and that will involve educating our colleagues from the United States.” 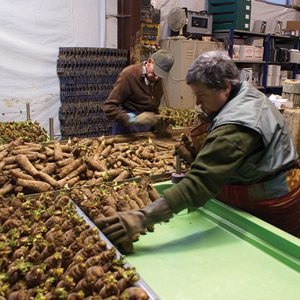 “The Russian ban not only affected fruit and vegetables but the ‘aisle-food’ business in Belgium and Europe in general. We said, let’s join forces to profile ourselves under the promotional flag, Food.be: Small country. Great food,” explains Van der Sypt, pointing to a coordinated, multifaceted effort among agri-food sectors, government agencies and private organizations within Belgium and across oceans.

In addition, sustainability/corporate social responsibility play a fundamental role. “We decided to not make sustainability a competitive issue between us, because it’s a task for the entire sector to move forward on together,” says VBT’s Appeltans. Van der Sypt says they developed a multi-layered concept called “Responsibly Fresh,” based on the Global Reporting Initiative. (GRI is an international independent standards organization that helps businesses, governments and associations understand and communicate their impacts on issues such as climate change, human rights and corruption.)

Products are produced with attention to balance people, planet and profit. To use the Responsibly Fresh label, producers must fulfill a set of recognized quality systems and sustainability conditions.

“We measure the progress of the growers through inspections by external bodies on a continuum, because we have to make advances in sustainability collectively,” says Appeltans.

Collective advances extend to scientific product research and innovative pilot testing in tandem with the growers to address specific needs, and to stay on the cutting edge of industry development. We witnessed a range of trials at different stages during our visit to Belgium’s nonprofit, Research Station for Vegetable Growth (Proefstation voor de Groenteteelt or PSKW), which is based in Sint-Katelijne-Weaver — a major vegetable production region.

“In many ways, we are like a small grower,” says Lieve Wittermans, a specialist in glasshouse production and scientific assistant at PSKW, who works closely with auction cooperatives, a primary focus. For instance, “We give them advice on quality standards for different varieties based on scientific analyses. Often there can be external pressures to accept new varieties and it’s easier to have objective standards.” But that only touches the surface. Research spans varietal experimentation, energy and climate steering, water conservation and diversification techniques, innovative growing systems, waste management, food safety, and labor issues through mechanization, automation and ergonomics; always weighing the economic viabilities.