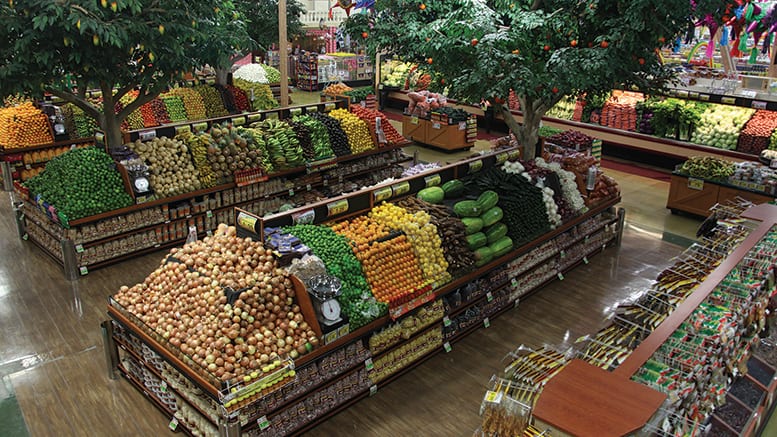 Los Angeles is fertile ground for the birth of an effort to build a national supermarket chain of unprecedented proportions devoted to serving predominantly Hispanic neighborhoods.

El Super with more than half its 60 stores in the Los Angeles Metro area, Vallarta with 27 of its 49 outlets serving the local Hispanic community, Numero Uno with 13 stores, and Cardenas Markets combine to give the ‘City of Angels’ by far the strongest presence of markets predominantly catering to its largest ethnic group.

John Gomez, former executive vice president of marketing and merchandising at Trader Joe’s, heads a managerial team that aims to make Cardenas Market the largest Hispanic retailer of any kind, not just produce, in the country.

“When we finished buying Cardenas essentially in early 2017, our goal was to expand about six stores a year,” says Brian Braatan, senior vice president at Cardenas Markets, Ontario, CA. “Being a national company would be a great goal, but national means in neighborhoods that have our demographic, which is greater than 50 percent Hispanic.”

The ambitious goal of adding six, or at most, 10 stores a year was easily exceeded in the first 18 months of the new venture.

“We originally started with Cardenas Markets, then we purchased the 15 Mi Pueblo stores in Northern California, and last December we acquired seven Los Altos Ranch markets in the Phoenix area,” says Braatan. “We currently have three divisions with 54 stores. We opened a store in February, and we will open another in Merced in September. That will make 55. We also have three other stores in various stages of planning.”

According to Gomez’s vision (confirmed by a recent flier from the store closest to headquarters in Ontario, CA), the stores are tailored to Hispanic preferences in emphasizing the perimeter – produce, meat, and dairy.

To date, Cardenas is still roughly the same size as a number of other Hispanic supermarket chains.

“There are a few of us that are about the same number of stores,” says Braatan. “Vallarta is only in California; Fiesta is in Texas only; and El Super is another chain.”

But Cardenas Market is already well on the way toward emerging from its regional origins to become a nationwide retailer.

“We have mapped out those neighborhoods in California, Nevada and Arizona,” says Braatan. “We look at opportunities to acquire or open stores as they are presented to us. One of the stores we operate used to be a Safeway, and another used to be a Walmart neighborhood store.”