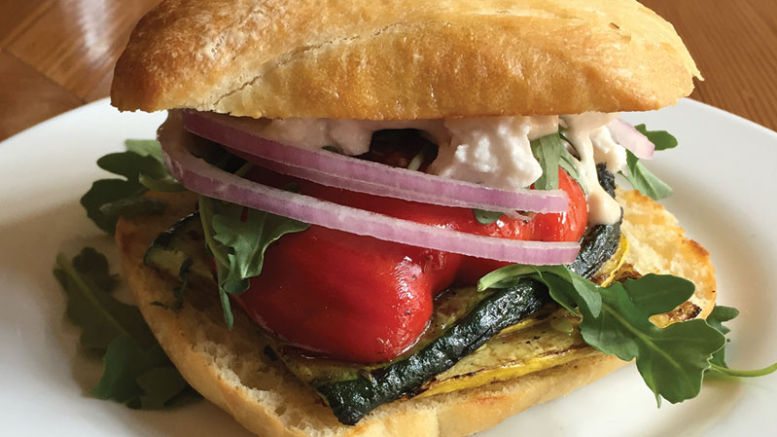 Chicago is a food town, but in recent decades, the foodservice scene has come to include world class restaurants such as Alinea and Blackbird. The passing of culinary giants Charlie Trotter in 2013, and more recently Homaro Cantu of Moto in 2015 and John-Claude Poilevey of Le Bouchon in early 2016, is a great loss to Chicago’s culinary community, but the next generation is already working in prep kitchens throughout the city.

While the rise in popularity of molecular gastronomy and chefs like Alinea’s owner, Grant Achatz, may have “Grabowskis” (a general term for the average working Chicagoan) scratching their heads, institutions like Al’s Beef and Manny’s are there to serve “real” food to the people.

Chicago is home to a large and growing Hispanic population, and taquerias can be found on almost every block of many neighborhoods. Southeast Asian, African, Indian, Chinese and any other ethnic or region you can imagine are represented across the city and draw in foodies from around the city to neighborhoods they may not otherwise ever get a chance to visit. 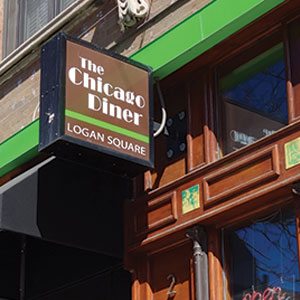 Quality produce is important for the success of any restaurant, but for a vegetarian concept it’s everything. The Chicago Diner, located in the Lakeview neighborhood on the city’s northside, has been a fixture here since it opened in 1983. That may be surprising to some as the veggie diner concept was met with a good deal of skepticism initially. Combining the allure of the American diner with the healthy and humane aspects of a vegetarian menu was a no brainer for founders Mickey Hornick and Chef Jo Kaucher. The idea has endured, and the regulars of The Chicago Diner routinely order Reubens piled high with seitan (which is derived from the protein portion of wheat) instead of corn beef, and breakfasts of eggs, seitan “bacün” and potato hash.

Hornick came from the financial world originally, working for the Board of Options as a trader. He “traded” that job for a gig washing dishes at a natural food spot located just down the street from the diner’s Halsted location. Kaucher was working as a baker there. Hornick moved up from the dish pit and started learning the business, but it would be several years before he would team up with Kaucher to open The Chicago Diner. 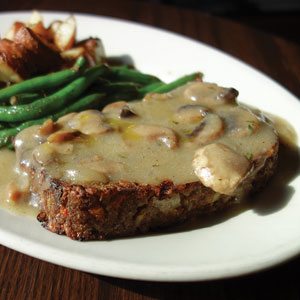 Since those early days, The Chicago Diner has seen the publication of two cookbooks and the opening of a second location in 2012 in the Logan Square neighborhood on Chicago’s northwest side. The restaurant’s line of baked goods sells at Whole Foods Markets throughout the Midwest as well as six locations in Ontario, Canada.

Michael Hornick, Mickey’s nephew, has been involved with the restaurant since 1991. He started in the kitchen, moved to the dining room, and even though he took time off for college and lived out of state for a while, he has always returned to the restaurant. He has served as vice president of the company for going on five years.

Getting the best produce hasn’t always been easy. “We were using a produce company that wasn’t delivering on every aspect,” explains Hornick. “Being in the industry for 20-something years, I got to work with a lot of different produce vendors from around the Midwest. One of the groups I was really happy with at other restaurants was Testa Produce.”

The relationship he developed with the produce supplier has been a boon to the diner. “They not only deliver great quality as far as the actual produce,” says Hornick, “their whole brand is fantastic. It’s top quality and the price is right, but even better, our service rep is absolutely a partner. She’s looking at things that we’re doing, looking at our menu and sharing different ideas we might not be aware of. It’s the freshest quality produce I can find anywhere. On top of that, they are extremely eco-conscious. This is important to our long commitment to sustainability.” 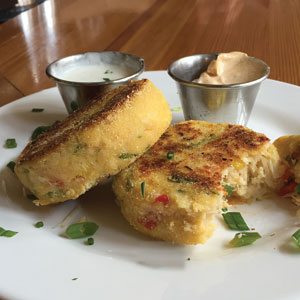 While there have been times in the past when a personal trip to the market may have been necessary, an increase in volume leaves little time. “We’re going through so much [produce], and we’re so busy, to take the time to handpick is not feasible anymore,” says Hornick.

The two locations combined go through roughly 200 cases of produce every week. The Lakeview location seats 54 in the dining room and another 32 on a seasonal patio. The Logan Square location seats 82 in its dining room.

The Chicago Diner fare is immediately recognizable, but the taste and textures may be new to many. Mac and cheese, gyros, burgers, chili and vegan milkshakes make up a menu that relies on wheat gluten as a meat substitute. A gluten-free menu is also available. And of course there’s tofu, which comes from a local suppliers as well. “It’s Illinois grown, non-GMO, it’s organic, and you can buy it in a couple local markets around town,” according to Hornick. 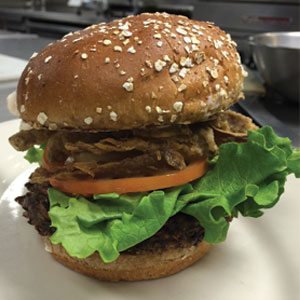 In addition to their wholesale supplier, the diner sources from farmers markets whenever possible. “During the summer time, for a handful of years we were at the Logan Square Farmers Market, so we were able to connect with some local farmers. What we really do, instead of going to them to source what we need, we look at what they have. So at the end of a Sunday at a farmers market, we will take off their hands whatever they were unable to sell.”

Food waste is also a concern and since the diner’s menus offers a vegetable of the day side dish, they can capitalize on the unsold excess from the market and serve it at their restaurants that day or the next without having to reprint menus. With more than 30 years in the business, The Chicago Diner’s original concept has proven sound. With all the Michelin Guide recommendations, Zagat ratings, nods from Vegetarian Times, and local papers (like the Chicago Reader) put aside, The Chicago Diner is known throughout the city and the Midwest as a destination spot for its creativity and pro-produce meals.