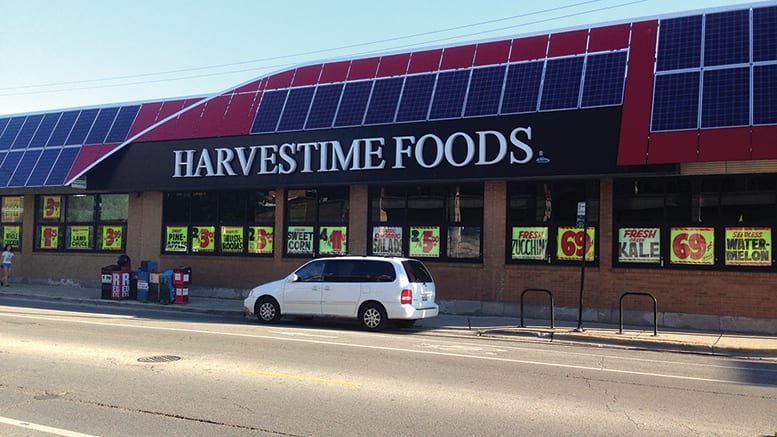 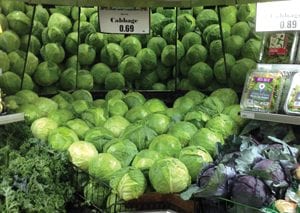 The Lincoln Square neighborhood, located on Chicago’s far north side, is a real estate agent’s dream. Full of great restaurants, boutiques and parks — not to mention annual festivals such as Oktoberfest, Apple Fest and the Square Roots music festival — it’s an easy sell to young condo buyers and renters. Another key selling point: Harvestime Foods.

Located at the intersection where the highly trafficked Lawrence Avenue meets quiet Talman Avenue, Harvestime Foods has a loyal base of customers who’ve helped establish the store’s word-of-mouth reputation. “We have great customers here,” says partner/owner Nick Dallas. “Most of them right now are younger and are well-educated on the quality of food they eat, and we try to provide that.”

Lincoln Square has a population of 40,000-plus residents who, according to the Chicago Metropolitan Agency of Planning (CMAP), have a median age of 35 with a median annual income of just under $63,000. Like many urban neighborhoods, those numbers are always in flux. They’ve certainly changed since Dallas and three of his brothers opened this store in 1995. 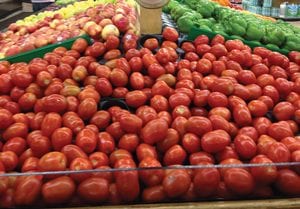 The four brothers — Pete, Nick, Chris, and Dino (who died this year) — emigrated to the United States from Greece with their family in 1977, settling on the far north side. An uncle already in the restaurant business in Chicago helped them get into foodservice, and they operated several restaurants in the city and suburbs. In the late 1980s, however, they decided to transition into the grocery business, opening their first store, Edgewater Produce, in the Edgewater neighborhood. The Dallas’s used their individual trade experience to lay the floors and install the wiring, plumbing and HVAC system before opening in 1989. As the floor space of the location expanded, they decided to open a second store and began the search for a site they could purchase outright. They found it in Lincoln Square, buying the site of a former Korean grocery store from the Bank of Korea, who repossessed the property when the owners defaulted on their loan. In 1995, Harvestime Foods opened for business.

Nick Dallas may be the produce buyer for both stores, but that’s just one of his duties. When asked what his official title is, he says, “We don’t go by titles here. We just work. If I open the store and I have to sweep the floor, then that’s my title. If I help a customer to their car, that’s my title. If something needs to be done, we do it.” This attitude is in line with many hands-on owner/operators in the retail grocery business.

He’s certainly hands-on when it comes to picking the commodities they sell in their produce department. Harvestime Foods customers don’t have to sample items to know they’re fresh, because Dallas already has. He visits the Chicago International Produce Market, located in the lower west side Pilsen neighborhood, six days a week to source produce for both stores. “I go to Pilsen every day, and I pick every single item. I taste everything to make sure. My philosophy is, if it’s not fit for me to eat, it’s not good for my customers. I don’t care if I make money or not.”

With roughly 10,000 square feet of commercial floor space, nearly 30 percent is dedicated to produce, with the produce department generating between 30 and 40 percent of sales, depending on the season. “This time of year (summer), we sell a lot of cherries and watermelons, things that we’re not going to have in the fall and the wintertime, so right now the percentage goes up.” 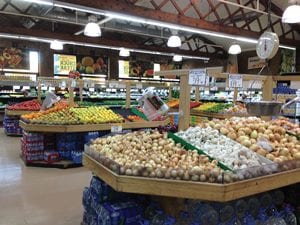 Lincoln Square has a long connection to produce. In the mid-1800s, the area was home to truck farms owned by farmers of German and English descent. Lincoln Avenue, which cuts diagonally through the neighborhood, once was used by produce wagons to bring their wares to markets downtown. Celery was grown here and distributed widely, earning the area a reputation as the nation’s celery capital. Pickle factories and flower businesses flourished here, as well.

Over the decades, these early European populations mixed with newcomers from Asia and Latin and South America. It has also been home to many immigrants from Greece, Serbia and the Balkans, and the neighborhood still maintains strong German roots. As a result, the produce needs of the neighborhood’s population has changed over time, and these changes are reflected in the products sold at Harvestime Foods. “Most of the things are basic for every nationality,” says Dallas. “You gotta get tomatoes, you gotta get lettuce, you gotta get the basics, and then we try to find different things for the neighborhood.”

Keeping Up With Trends 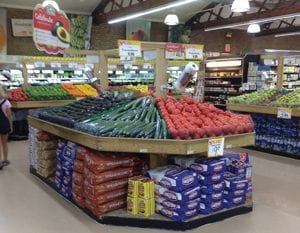 Gone are the days when the corner store could specialize in one category. Customers today demand a variety of offerings. As Dallas points out, “When we opened up, this business was different. There were corner stores selling produce, then the business changed, and you’re getting meat and milk and bread. The trend was going that way, and we try to keep up with the neighborhood and the times.”

Dallas also tries to keep up with emerging trends in individual produce items. What may be considered strictly an ethnic food item this year may be a hot commodity the next. Consider the avocado. “I remember when I started,” says Dallas, “the consumption of avocados was very minimal, so maybe a load of avocados sold in Chicagoland every week. Now it’s probably a hundred loads, maybe more, so we try to always introduce new things and stay with the season and within the season. When you’re in the peak season, the food changes every 10 days.”

Harvestime customers do much of the advertising for the store. Many are vocal in their support, and at peak times of the day the store is full of shoppers, many with rolled up yoga mats, kids in tow and folks dashing in after work looking for the ingredients for a quick dinner.

To advertise weekly deals, the store does traditional print advertising. According to Dallas, “We’ll put out an ad every couple weeks, then we have an ad on the internet and we put signs in the windows,” says Dallas. For the most part, however, Harvestime relies on the good will of their loyal customer base to help spread the word. “We based our business on customers who want to buy good merchandise and eventually they tell others. With extra advertisements, we bring a few new people in, and eventually they become customers,” he says. By offering the best, freshest produce available, that cycle repeats itself. 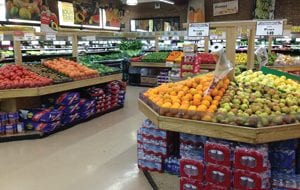 An improvement that has endeared the store to their more environmentally conscious customers was the installation of solar panels in 2014. As Dallas explains, “Instead of putting in a plastic awning and getting nothing back, we thought we’d do something for the environment, too.”

Solar panels save resources certainly, but they save money as well, about $5,000-$6,000 per year. That’s not a huge number in overall annual operating costs, but if it saves one month’s spending on a utility bill, it’s worth it. What’s worth more is the goodwill it earns from their customers who feel good about patronizing a business with similar values to their own. With today’s urban consumers, in Lincoln Square and across the United States, an eco-friendly, healthful and fresh focus is an important part of marketing and providing quality service.

Although the demographics of Lincoln Square continue to change, Harvestime Foods will continue to deliver what their customers need, and their commitment to offering the best produce available has proven to be a successful business strategy. 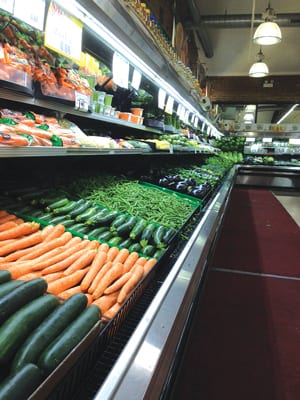 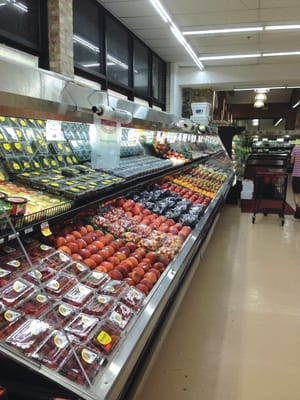