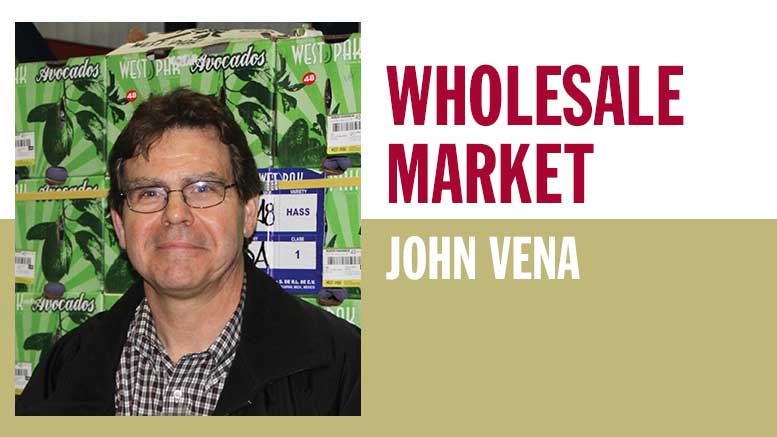 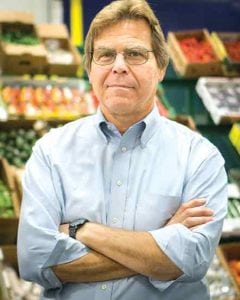 When I joined the family wholesale produce business in the 1970s, product offerings were limited. Like so many such businesses around the country, everyday commodities and common varieties generated most of our revenue. In Philadelphia, as in other major cities, dense ethnic populations created demand for produce that could be used to recreate favorite dishes from home. However, the desired products, such as hot peppers, fresh herbs and okra often weren’t widely available outside the regional or seasonal production areas serving those cities. Even the services offered during those years were spartan.

Most produce was merchandised in bulk. Prepacked items were limited to small Florida tomatoes in an overwrapped tube. Brussels sprouts were packed in waxed paper cups covered with a sheet of plastic film held in place with a rubber band. Transportation and warehousing services were also fairly primitive by today’s standards. There were some independent truckers serving stores in the metropolitan area of Philadelphia, but for the most part, customers managed their own transportation and store deliveries. Logistics services were something that happened in other, non-perishable industries. We hadn’t yet begun to use words such as “cross-docking” or “forward distribution” in our industry.

Fresh produce retailing and small restaurants always have been attractive businesses for newcomers to the United States. The barriers to entry are relatively low, and family members often provided the expertise and staff to fill key roles. As the sources of new Americans began to include countries in Asia, Africa and the Middle East, these fresh entrepreneurs found their way to produce terminal markets. As their communities grew, we found ourselves confronted with requests for items we had only read about in books. Evaluating prices for products such as Chinese Eggplants, Bitter Melon and Long Squash was a challenge. We soon realized these were items not everyone in our Market was bothering to handle. We correctly assumed this was an opportunity to develop new product lines and new customers. On the other hand, we incorrectly assumed we might be immune to the pricing model of supply and demand. In fact, we quickly learned there were merchants in nearby cities carrying many of these items, and we would have to earn our share of the market.

Finding success with specialties and ethnic-specific produce in the Philadelphia Market was a watershed moment for us. We started to think about diversity in products in a way that would enhance diversity in our customer base and allow us to further differentiate ourselves from our direct competitors. We didn’t realize it at the time, but that was a strategic decision based on carefully considered options. One of the tactics we employed — adding products in response to customer demand — was a natural step, and the more exotic an item, the better.

We started to think about diversity in products in a way that would enhance diversity in our customer base and allow us to further differentiate ourselves.

Often our overseas growers and shippers offered products and varieties suited to the new communities we were serving. Without a lot of debate, we learned to say ‘yes’ to product-line additions offered by trusted suppliers. It’s hard work to build demand for a little-known product. However, many of these items were in demand; they just had not been available before. For example, in the mid-’80s, when we first offered Sharon Fruit from Israel, we tapped into huge demand for a variety of fresh persimmons craved by Korean clientele. There wasn’t a domestic supply at the time, and we moved nice volume and built strong relationships with those customers. In the late ’90s we were offered greenhouse-grown eggplant from Holland. The price was dear, but the product quickly found acceptance among several ethnic communities looking for an alternative to the commonly grown open field eggplant varieties.

Sometimes a small innovation can start or support growth. Building our herb business, we found by repacking smaller quantities to order we could serve restaurant distributors looking for ways to cut down on overbuying and product waste. Adding this service cost very little, and it gave us access to many more customers. And, with staff and resources in place to pack a few herbs, we were able to take on other custom-packing requests. That business continues to grow and serves to differentiate us from our competition. Of course, committing to these services meant we have had to commit to industry best practices regarding food safety. That commitment allowed us to build a platform to further expand into other projects.

As our Hass avocado program grew, we realized 10 years ago we would need to add ripening rooms. Having a ripening facility allowed us to add items such as plantains and mangos to our pre-conditioning program. In response to our shippers and customers, over the past 10 years we began to offer co-packing, warehousing, crossdocking and forward distribution services. Of course, our willingness to try new products and services doesn’t always work out the way we imagine. Often we redefine the concept of monumental failure. But all told over the years, our strategic interest in diverse items, services and customers has served us well.

John Vena is the owner of John Vena Inc., a family owned and operated produce business located in the Philadelphia Wholesale Produce Market. Founded in 1919, the company is a fourth generation family business bearing the name of John Vena’s grandfather.