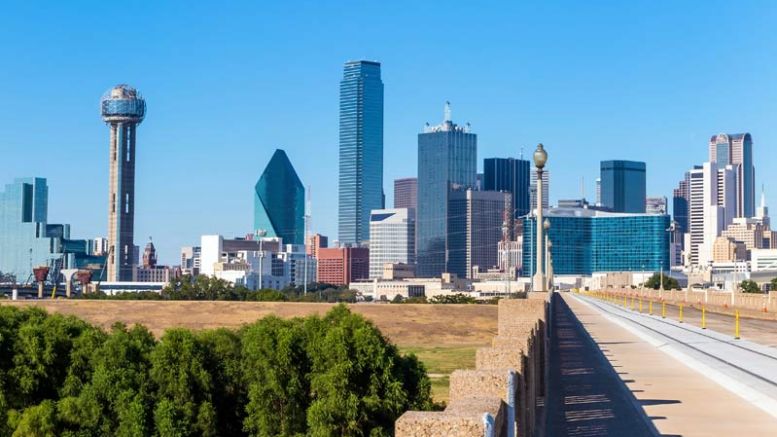 Despite the recent loss of its terminal market, the Big D’s produce industry continues to thrive.

Dallas’ produce industry has been in flux the past couple years mainly due to the redevelopment of its wholesale market, but that hasn’t slowed business.

In the spring of 2013, DF Market Holdings purchased the downtown market from the city, and Dallas’ City Council voted to privatize much of the market’s land and property.

Although this resulted in plans for a 240-unit residential building, retail and restaurants, the produce shed that was known as Shed No. 1 was retained by the city and leased to the group.

But as of June 1, 2015, the market began transitioning from a farmers market that emphasized local producers to fruit and vegetable stands. Tuesday and Thursday through Sunday, the market includes only local farmers and artisan producers that are growers, producers or makers. There are no longer refrigerated trucks or reselling of wholesale produce.

Monday and Friday, The Shed includes fruit and vegetable stands with produce from other regions. However, the market becomes a produce terminal at night, and what isn’t sold during evening hours can be sold to the public at The Shed the next day.

“The Dallas Farmers Market is now more trendy and residential, which has driven property prices up,” says Andrew Thomas, controller at wholesaler Thomas Mushroom & Specialty Produce Inc. “As a result, companies like ours are relocating to other areas of the city.”

Although Thomas says this hasn’t yet impacted business, he expects the anticipated additional overhead will eventually affect Thomas Mushroom’s bottomline as well as delivery times.

Despite challenges, the city’s produce industry continues to thrive. According to Chain Store Guide’s market share report, Dallas is the ninth largest city in the U.S. and the third largest in Texas. The Dallas/Fort Worth/Arlington metropolitan statistical area consists of 11 counties, which include Collin, Dallas, Denton, Ellis, Hunt, Johnson, Kaufman, Parker, Rockwall, Tarrant and Wise and has a population of more than 6 million.

According to the Dallas Convention & Visitors Bureau, the Dallas/Plano/Irving metropolitan division is slightly smaller, with a population of more than 4 million and is composed of eight counties, including: Collin, Dallas, Delta, Denton, Ellis, Hunt, Kaufman and Rockwall.

The Texas Department of Agriculture, ranks the state No. 2 for total agricultural receipts, behind California. The leading fruits produced in Texas are watermelons, grapefruits and cantaloupes. Key Texas vegetables include onions, potatoes, mushrooms and cabbages.

Even with no centralized terminal market, the wholesale business in the Dallas area remains strong and includes a wide range of diverse companies.

“Dallas is unique due to the low cost of living, which allows people to spend money on things they normally wouldn’t, like eating out,” says Thomas. “The population of the city increases every year, and the location also is beneficial.” Purchased by Lipman in 2012, Combs Produce is one of the country’s largest field grown tomato growers. The full line packer/distributor relocated to the east side of Dallas in March of 2014.

“We’re close to Nogales, so we have a lot of produce coming in from Mexico,” says Brett Combs, general manager. Business has changed dramatically in the last decade, with Combs working with broadliners and national chains to cover a seven-state region. The company also began tomato processing, which is the focus for the future.

“It’s a rapidly growing region, and one of the fastest growing cities in the country,” says Combs. “People are coming here, rather than leaving, including Fortune 500 companies.” Yet the city’s centralized location also can be a detriment.

“Our customer base has easy access to produce, so these people can source it themselves,” says Combs.

A-1 Produce is a buying broker that has been in business since 2001. The company handles a variety of produce out of south Texas and Mexico for its retail and foodservice customers.

“The biggest benefit in doing business in Dallas is the friendly people and close-knit community,” says Scott Marble, managing salesman. “It has been more difficult with the market disbanding.”

Truck driver deliveries take longer, and the number of produce companies has decreased because of consolidation. “There are not as many firms like ours as there used to be, since they are buying out one another,” says Marble. “There used to be 10 to 12 places that sold Asian products and now there’s between eight and 10.”

“Dallas is located in one of the most convenient, central locations in North America,” says Dionysios Christou, vice president of marketing for Miami-based Del Monte Fresh Produce N.A., Inc. “Its proximity to Mexico and both U.S. coasts, in addition to growing areas, gives Dallas produce marketers the opportunity to pull product from all these locations readily and easily all year long.”

Dallas also benefits from its ethnic diversity. Still, the main challenges of doing business in Dallas include an increasingly competitive marketplace and a wide variety of product that leads to a big variation in quality, condition and subsequently, pricing.

“Dallas is located in a southern state, thus making cold chain management for fresh produce a challenge,” says Christou. “Produce companies must work very hard to keep the products consistently cold, even when it’s 105 degrees during the summer. The slightest glitches in the process can easily affect quality control and food safety.” Still, the location, proximity, diversity of products and growing populations are all driving factors for the Dallas market. “Dallas is an ideal location for large companies with big distribution centers,” says Christou. “In addition, most of the major players in the industry are located here, including Wal-Mart, Kroger, Albertsons, Sam’s, etc. There is also a large number of retail, wholesale, foodservice, c-store, and more recently, home meal replacement providers.” 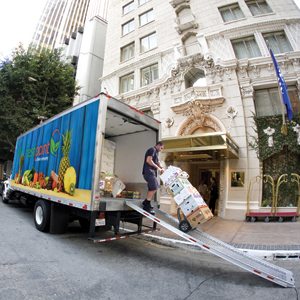 FreshPoint, a Sysco company, also is a leading fresh produce distributor based in the city. It has an inventory of more than 3,800 items including specialty produce, organic produce, locally grown produce, retail goods and imported goods. The North Texas market — stretching from west of Fort Worth, down to Waco, past Frisco/Allen/Plano to the Red River region, and well east beyond Dallas — is known to be diverse.

“With people living here whose origins are in Latin America and from Europe to Asia, it is important to offer fresh flavors for all major cultures,” says Robert Gordon, FreshPoint’s president. “The population growth in North Texas includes so many people who hold dear their cultural traditions, but are also extremely food savvy.” FreshPoint leverages many of its nearby produce sourcing partnerships to ensure restaurants in the region have good local options.

“Among the trends we continue to address is substantial growth in the organic sector; produce moving to the center of the plate at some restaurants; a focus on seasonal produce; demand for more availability of Texas and locally grown produce; many specialty items becoming more mainstream items; and a continued consumer appetite for health foods and more nutritionally dense foods,” says Gordon.

Pepe’s Produce has been in the industry for about five years, starting off in an 11,000-square-foot building and three years later moving into its current 43,000-square-foot space. The company caters to the Hispanic market, but also works with mainstream produce lines.

“Many produce companies don’t cater to other ethnicities like we do,” says Ramon Carrasco, general manager. “There are about five states bordering Texas, and we sell to them all.”

The company plans to relocate from its current location near the Dallas Farmers Market in the next two years. “Many companies moved to the city’s outskirts, such as Mesquite, Garland and Duncanville,” says Carrasco. “Despite the market dissolving, we increased business 15 to 20 percent in the last year.”

Harrington Produce Co. is a wholesale warehouse that has been impacted by the changes in the Dallas produce industry. “Everyone wants to buy direct, we’re like a dinosaur,” says Cliff Yarborough, general manager. “With the Internet and today’s technology, people are doing things themselves.”

The company uses local farmers out of Lubbock, TX, for yellow squash, zucchini and turnips, and also sources turnips out of San Antonio. Its greens come out of McKinney and cucumbers are sourced from Mexico.

“We try to buy pole cucumbers that aren’t grown on the ground, since they don’t have a yellow belly,” says Yarborough. “Logistically, Dallas is a good place to be; it’s a big hub in the center of the country.”