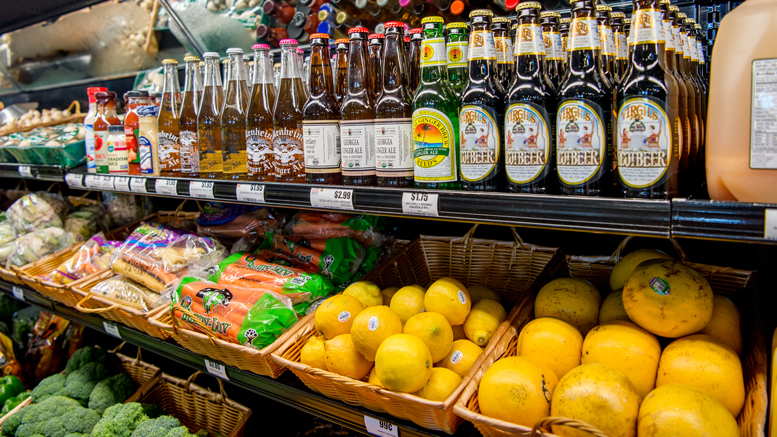 About an hour’s drive from Atlanta is the Farmview Market. Local food is a big emphasis at the retail center, which isn’t a traditional large grocery store. Located in the small town of Madison, GA, Farmview Market offers a specialty grocery store, farmers market, casual cafe and butcher shop. The store and butcher shop are located in historic barns.

“Local produce is a key part of our operation and is an area we are working to expand,” says Brad Kelly, business development and farm operations manager for Kelly Products of Covington, GA, which operates the store. “Local is very important. It’s the whole concept of our store.”

“As a local and fresh foods provider, produce is extremely important,” says Kelly. “When people think ‘farm fresh’, they think of produce.”

A relatively recent entrant into grocery and produce sales, Farmview Market opened in February 2016. During its second year of operation, the store found it easier to receive consistent volumes of local produce throughout the spring, summer and fall.

“We put a lot of emphasis on local, Georgia Grown products,” says Kelly. “If we don’t source locally or from the state of Georgia, we try to provide something from the natural clean label realm. These are the products that have short ingredient lists and the natural products that don’t include a lot of additives.”

Fruit, including Georgia and South Carolina peaches and watermelon, remains popular with travelers who visit the store. Relationships developed with those states’ growers help assure abundant supplies. Tomatoes, particularly the first ones that begin harvesting in the summer, don’t remain on the shelves long. Sweet corn and strawberries also see high demand.

“People typically purchase organic because they want a certain level of transparency,” says Kelly. “Local sourcing has the same, maybe in some cases an even higher, level of transparency as it’s easy to determine where it’s produced. All in all, local is a point of interest for sure with our demographic.”

Farmview Market’s total square footage is 30,000, including a warehouse in the back. The property sits on 47 acres in a rustic wooded area.

Signage throughout the store promotes Georgia Grown produce and the individual commodities. The store prices its produce competitively. “Produce is displayed and merchandised seasonally,” says Kelly. “It’s the best of what our suppliers have to offer. We focus on unique, quality items getting the best placement in store.”

Farmview Market advertises in local newspapers. It emails information, such as market specials, to shoppers weekly. In addition, the store is promoted through social media, with digital marketing and outdoors, at events and at other venues.

Madison is part of the Atlanta-Athens-Clarke-Sandy Springs Combined Statistical Area. The store is a mile off of Interstate 20, a major artery that connects I-95 in North Carolina with Texas and runs through Georgia, Alabama, Mississippi, Louisiana and Texas before connecting with Interstate 10 east of El Paso, TX.

Despite its relative distance from Atlanta, the operation attracts many shoppers from the city who like prices that are competitive with their local offerings, says Kelly.

“We get a lot of visitors from the Atlanta metro area as well as out of state travelers,” says Kelly. “We have an ideal location positioned off two heavily trafficked roads, both GA Highway 441 and Interstate 20. A large portion of our traffic is the leisure traveler.” Random travelers on the Interstate, shoppers from Milledgeville, GA, 40 miles to the south, and Eatonton, GA, 20 minutes away, as well as the Lake Oconee, GA, area, a half hour’s drive, shop at the store.

Paul Thompson at the Georgia Department of Agriculture’s Office of International Trade and Domestic Marketing and the former market manager of the Atlanta State Farmers Market, in Forest Park, GA, likes Farmview Market’s concept. “It has a unique spin,” he says. “It’s a good thing going on there.”