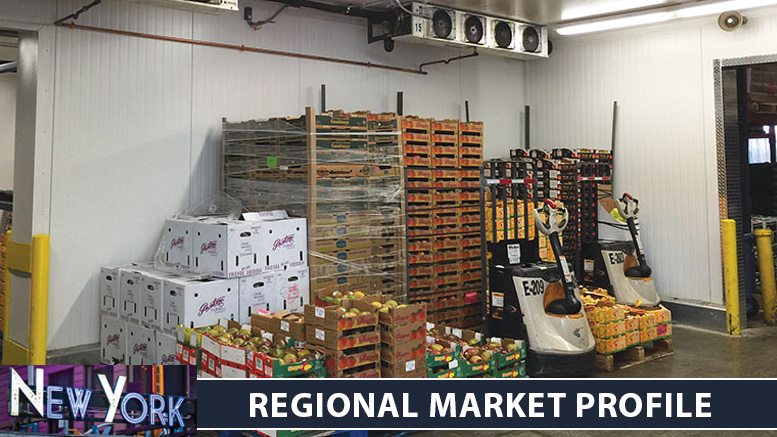 All systems are ‘go’ for companies to meet looming U.S. deadlines by year-end. 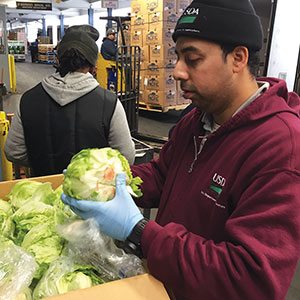 With the Food Safety Modernization Act compliance deadlines looming later this year, industry leaders at Hunts Point report they’re poised to meet the standards, and many have already gone far beyond.

“We’re working with a comprehensive food safety company for a late 2017 arrival into some of the food safety programs that will allow us to expand our customer base,” says Thomas Tramutola Jr., a third-generation manager at A&J Produce. “A lot of our customers, particularly the bigger and more corporate ones, have guidelines that they like each of their suppliers to adhere to. When you have a general compliance, it tends to cover a lot of the little things that some of these companies want you to do.”

D’Arrigo Bros. Co. of New York Inc., holds the USDA’s Good Manufacturing Practices (GMP) certification, which Gabriela D’Arrigo, marketing and communications director and a fourth generation family member, described as being “pretty foundational. It’s minding your p’s and q’s so to speak. It’s very common sense.” D’Arrigo also has the Good Agricultural Practices (GAP) certification and is working toward others.

Matthew Park, managing director of C and J Brothers, says the company has hired a food safety manager. And renovating the company’s new units will advance the company’s efforts in meeting FSMA standards, he says. “We’re open 24 hours a day, six days a week, and we’re pounding, pounding, pounding. There’s no time to shut down to renovate [existing units]. So we’re definitely going to focus on that with the new units.”

FresCo is doing the same thing, says Charie DiMaggio, FresCo president. “With moving into our new place, food safety is one of our key focuses. We’re working on a food safety program, and we’ve hired an outside consultant.”

E. Armata is in its fourth year of being Hazard Analysis and Critical Control Point (HACCP) and GMP certified. “Chris Armata has really been in the front of that here,” says Steve Koster, E. Armata’s marketing director. “The other thing that we are going forward with is SQF (Safe Quality Food) certification. It’s international, and a very rigorous safety certification. It certifies operations to maintain food safety and quality across the whole supply chain. And that’s really where everything is moving. You need the traceability and safety to run from the farm to the consumer.

“It’s not just about the produce anymore. It’s where it’s grown, how it’s transported, how it’s handled. There are many different facets that we’re looking at now, that we’re aware of, and which were not at the forefront before.”

Trucco, led by Nick Pacia, is “working to become fully compliant with FSMA,” according to Sasha LoPresti, director of business development and a second-generation family member. “Because we are importers, we are especially focused on the new Foreign Supplier Verification Programs (FSVP). We will be working very closely with our foreign suppliers to catch them up to speed over the next year.”

In the alphabet soup of food safety acronyms, FSVP is mentioned more frequently these days at Hunts Point. And with good reason. Hunts Point is a global market, offering produce from approximately 55 countries. It arrives by sea and air, and by train and truck. According to the U.S. Food & Drug Administration, FSVP “establishes, for the first time, science-based minimum standards for the safe growing, harvesting, packing, and holding of fruits and vegetables grown for human consumption.”

“It’s the next wave of food safety coming in,” says Stefanie Katzman, executive manager of S. Katzman Produce. “It’s the FDA coming to U.S. companies and saying, ‘You are now going to help us be responsible for products coming in from outside the country.’ Many people think produce from outside the United States is going to be worse. I’ve been to a lot of places outside the United States. Their food safety blows us out of the water. Lots of things we’re putting into place now, they’ve had in place for years.”

FSVP’s first compliance date was May 30, 2017, with other compliance dates ranging out to 2020. As importers hit their deadlines, the FDA will hold them responsible for verifying that their foreign suppliers “are producing food in a manner that provides the same level of public health protection as the preventive controls or produce safety regulations, as appropriate, and to ensure that the supplier’s food is not adulterated and is not misbranded with respect to allergen labeling.”

S. Katzman Produce’s certifications include the USDA Good Handling Practices (GHP), GAP and Food Safety Defense. The company is in the process of getting SQF-certified. “Some of our corporate customers — I’ll use Whole Foods as a good example — have started to require their growers or shippers to have it. The SQF is pretty much accepted by every single customer,” says Katzman.

Katzman says the various food safety certifications and programs “are all very similar paperwork-wise; it all comes down to keeping good records.”