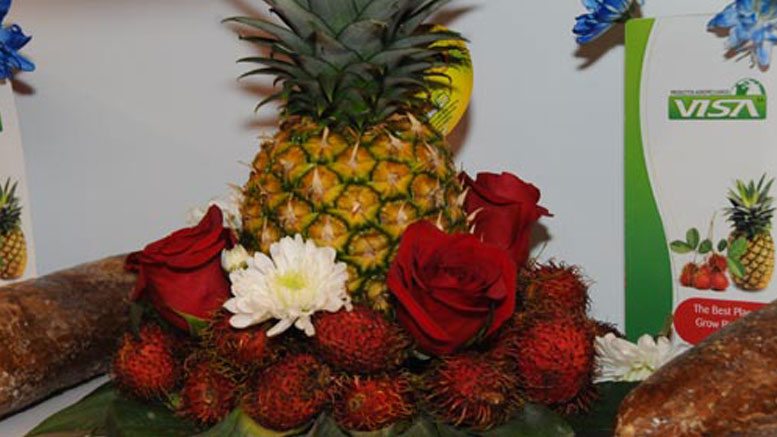 Plenty of countries outside of North America help contribute to year-round, stocked produce shelves in the United States.

Today’s produce department has gone global. The 350-plus SKUs that fill supermarket shelves on an annual or nearly year-round basis are sourced domestically and internationally from virtually every continent except Antarctica. It’s no wonder that with American’s hunger for that something new as well as desire for a constant supply of favorites that grower/shippers/exporters from countries worldwide are looking for buyers in the United States. Here is a sampling of some of the new products and services available to U.S. retailers

In 2011, the USDA recognized the Mendoza region, in the central-western part of the country, as medfly free, says Ricardo Ajo Usle, general manger of Buenos Aires-based COPEXEU. This is a key growing area for cherries, peaches and plums. In addition, high-quality pears also grow in this region. The top variety produced, accounting for nearly half of pear production, is Williams followed by Packham’s Triumph. Other varieties familiar in the North American market include Bartlett, D’Anjou and Forelle. Argentina also grows apples in the Mendoza region. “We’re expecting a larger volume of organic apples this season,” says Usle.

Belgium is world-renowned for its endive. For the last three years, Coöbra CV has packaged its endive into 300-gram (roughly 10½ ounces) steamable packaging. The package is also gusseted, allowing it to be merchandised upright on the shelf for maximum visibility. A newer product is kiwi berries. These berries are grape-size, with a thin, non-fuzzy skin that can be eaten in its entirety akin to a grape. “Kiwi berries are popular in Belgium and we now grow the export them throughout Europe,” explains Jo Lambrecht, commercial director at Coöbra CV, based in Brussels, Belgium. “We pack them in 125-gram units [4.4 ounces], but have the ability to package in other sizes and configurations.”

Dehydrated fresh spices such as garlic, chili, pepper, ginger and onion are a specialty of Shandong Dongbao Foodstuff Co., Ltd., located in Shandong, within the renowned Chinese garlic growing area of JinXiang County. “We have strict quality control on all of our food products and state-of-the-art growing, processing and packing facilities,” explains Claire Zhao, in sales. Other products include fresh garlic and ginger and quick-frozen garlic, ginger and chilies. The company exports to the United States, Europe and other countries.

This Central American country is the home of the first carbon-neutral company in the world, pineapple grower La Flor Agroindustrial, a leader in the areas of reforestation, groundwater protection and good agricultural practices, based in San Jose. Bananas are also a key crop and Sura Green is the first carbon-neutral banana farm in Costa Rica. “Our goal as an entire country is to be carbon-neutral by 2021,” says Alexander Roman, agricultural export promoter. New over the past few years, growers have started to expand acres of planted rambutan, which harvests in Costa Rica from July to October.

Avocados, coconuts, bitter oranges, Chayote squash, mangos and hot peppers are a few of the fresh produce exports of this Caribbean country. “We are the only company to import Banilejo mangos from the Dominican Republic,” explains Raul Taveras, president at Bronx, NY-based R&T Products, Inc. “We bring them exclusively into New York in 25-lb. cartons. Their season is from March to June.” In addition, Santiago, Dominican Republic-based Agromarvela grows a variety of hot peppers and has exported to the United States, as well as Canada and Europe for the past six years.

Ecuadorian mango grower/shippers export their fruit to the United States from October to mid-January. “Tommy Atkins is what the American people like best and thus, is the variety we ship in largest quantity,” says Johnny Jara, executive director of the Guayaquil-based Mango Ecuador Foundation, a non-profit organization that represents 98 percent of the country’s mango industry. Ecuador also produces the Haden and Kent varieties for export. In the 2010-2011 season, the country exported 1375 containers of mangos to the U.S. ports of Los Angeles, New York and Miami, down 3.6 percent from five years prior. Ecuador’s mangos undergo hot water treatment to meet USDA-APHIS phytosanitary regulations.

Many microclimates allow this Central American country to grow many different kinds of fruits and vegetables year-round. One new product from Antigua, Guatemala-based New World Farms, says Monica Figueroa, agricultural sector trade promoter for the Guatemalan Exporters Association, are baby-sized vegetables packaged for the microwave. These include carrots, French beans, squash and zucchini.”

One hundred percent citrus juice products are made from Blood oranges and Mandarins grown in Sicily. The juices undergo a brief heat treatment and then are packaged in 1-liter cartons without the addition of sugar, preservatives or food colorings and marketed under the Oranfrizer brand in conventional and organic forms. The company, based in Scordia, Italy, also exports fresh citrus such as oranges, Clementines, Mandarins, lemons, and white and pink grapefruit primarily from December to April. In addition, Sicilian-grown Tarocco, Moro and Sanguinello oranges have a PGI or ‘protected geographical indication,’ which indicates a certification of origin granted by the European Union to premium products.

South Korea has exported Korean pears for the past 25 years, with volumes now in the 10,000-ton range annually. “Our shippers have introduced a new 3-pack bag of Korean Pears,” says Kim Sang Gil, manager of the export and vegetable team at the National Agricultural Cooperative Federation, in Seoul. Recently, the country has begun exports of Satsuma-like mandarins to U.S. and Asian countries.

The Managua-based Center for Export and Investment Nicaragua (CEI) is a non-profit corporation that represents agricultural producers of produces such as dried beans, pineapple, watermelon and cassava and assists in setting up competitive export markets. One of these companies, AgroesNica, located in Agro Espana, Nicaragua, is the largest exporter in the country of okra and root vegetables, such as malanga. AgroesNica has shipped product to the United States for six years. “We send okra to East and West Coast U.S. ports, and last year we began our first weekly shipments of malanga to the East Coast,” says Maria Waleska Martinez, in export logistics. “Malanga goes from door to the port — from our Miami warehouse to the port in New Jersey.”

Pineapple is a signature year-round export of Panama, primarily to European markets as well as the United States. “We grow our own Dona brand as well as private label pineapple for U.S. companies such as Dole, Chiquita and Turbana,” says Hipolito (Paul) Vergara, president of the Verba Fruit Co., in La Chorrera. “We, as a company, are now working with other growers to export their products using the channels we’ve established for pineapple and help them connect with U.S. distributors and retailers. These products include yucca, watermelon and pumpkin.”

Peru is a world leader in asparagus exports with some $180 million worth of this fresh vegetable entering the United States each year. In addition, the country’s table grape exports have grown significantly in recent years as have citrus — mainly Mandarins and Tangelos. Peruvian avocados began shipment to the U.S. in 2011, explains Ricardo Romero Talledo, the Los Angeles, CA-based trade representative for the Trade and Investment Office of Peru. “Exports of Peru’s avocados to the United States were up 20 percent in 2012 and we sold everything we sent, meaning there is room to grow,” he reports. “The Peru Avocado Commission offers marketing and advertising support. Increased acreage means we expect the capacity to export to the United States will increase next season, bringing fruit both in to Miami and Los Angeles.” Peruvian avocados enter the United States from April to September. Other fresh market exports include sweet onions, organic bananas and conventionally and organically grown mangos.

The Netherlands: A Better Habanero

Poeldijk, Netherlands-based Eminent Seeds specializes in the development of new varieties of tomatoes, bell and chile peppers through classical cross-fertilization that allow foodservice operators and retailers to differentiate themselves. Kees Valstar, director of the Poeldijk, Netherlands-based Best Fresh Group (BFG), reports, “New is a Habanero variety that produces 30 to 40 percent better yields and a thicker skin that offers improved weight and shelf-life.” The BFG is a group of independently owned companies, which includes Eminent Seeds, which specialize in the year-round growing, packing, marketing and distributing fresh fruits and vegetables.

The newest concept in fresh salads may be letting customers harvest their own leaves just before tossing their salad. Rijk Zwaan Seeds & Services, headquartered in De Lier, Netherlands, with an office in Salinas, CA, spent 10 years breeding this one-cut, ready-to-eat, multileaf, baby-sized lettuce from wild lettuces. Currently, companies such as Dole, Earthbound Farms, Fresh Express and Mann Packing are incorporating Salanova varieties, which include red and green butter and red and green oak leaf, into their bagged lettuce products. “We’re working with a hydroponic grower in the United States to develop a living roots program for a few outlets,” says crop specialist, Karen Marie Feliz. The company can provide a green plastic utensil that allows customers to make one cut and the lettuce instantly separates into small ready-to-eat leaves.