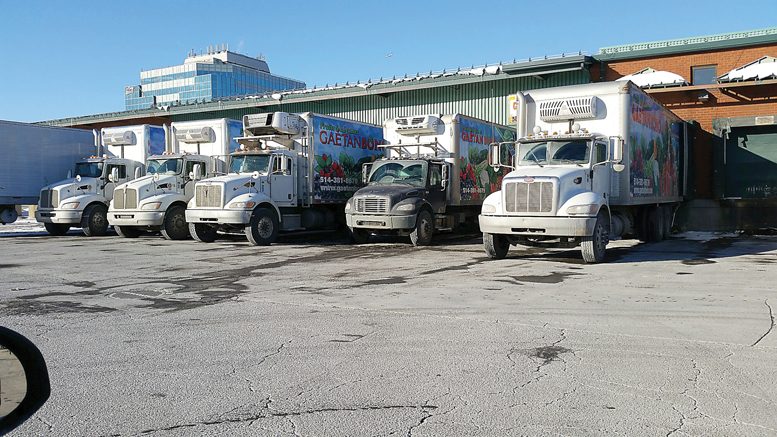 The very cosmopolitan city of Montreal is Canada’s second largest and houses a varied cross-section of food consumers. The greater Montreal metro area has an estimated 4.2 million people, and the city proper posted a population of 1.75 million in the last census, according to World Population Review.

The city’s demographics are quite diverse. “The largest ethnic groups in Montreal are of European origin, including French, Italian, Irish, English, Scottish and Spanish,” says Maria Cavazos, manager at MC Produce, Montreal, Quebec. “And, according to population statistics, about 31% of our population belongs to a visible minority.”

The most common visible minorities are Black (9.1%), Arab (6.4%), Latin Americans (4.2%), South Asians (3.3%) and Chinese (2.9%), per World Population Review. This diversity supports produce consumption. “Nationality and ethnicity are widespread,” says Joe Lavorato, president at Gaetan Bono. “We operate in a very multicultural environment. The city enjoys fresh produce, and the multicultural base contributes greatly to demand.”

In normal times, Montreal’s energetic and lively population, along with its tourism industry, drive food trends and consumption. “In the summer, there are many restaurants with terraces,” says Corri Morison, marketing and sales for Benny D’Angelo Produce. “These attract residents as well as tourists that flock to Montreal every year.”

Morison further emphasizes the role of the city’s many festivals, such as the Jazz Festival and Just for Laughs. “Normally, people living in Montreal take advantage of good weather to get out of their homes and spend their time enjoying scenery and food,” she says.

“Foodservice and wholesalers become very busy during this season and take advantage of all the business Montreal has to offer.”

Cavazos agrees seasonality can be a major influencer in produce demand. “MC Produce is affected more by seasonal demand than customer demographics,” she says.

Changes in lifestyle in Montreal also affect produce options. Household size is an increasing factor, with younger and older consumers making up smaller households. “This consumer demographic doesn’t have space and drives our sales of smaller packaging,” says Gabriel Isabelle, vice president of C. Isabelle. “There are always more condominiums going up.”

The aging generations also contribute with higher disposable income. “The Baby Boomers are a big part of the economy,” says Lavorato.

A RANGE OF RETAIL

Montreal’s marketplace embraces a wide variety of retail formats. “The chain stores are the biggest markets,” says Isabelle. “But we also have independent stores that sell really great volumes of fruits and vegetables.”

Chain stores include national or regional banners as well as many independent IGA’s. In the urban areas, stores such as Intermarché Lagoria, Segal’s Market, Latina and Fruiterie Milan serve specific niches. “We have the big three banners of Metro, Loblaws and Sobeys,” says Lavorato. “Then we have many independents that cater to specific demographic or ethnic groups. They have different structures of pricing and different ways of selling product.”

Montreal’s ethnic-oriented retailers add not only to market volume, but also to product diversity. One example is multiple-location Adonis, founded by Lebanese immigrants, that offers a variety of Lebanese foods. Intermarché Akhavan focuses on Iranian, Middle-Eastern and Mediterranean products. “These stores are a big part of the business because they take on different produce items,” says Lavorato. “For example, they’ll buy Lebanese cucumbers and more romas. They use items in a different way than the large retailers.”

Another major, unique retail contributor is found in the thriving public markets. Notable markets include 300-vendor Jean-Talon Market, even open during Montreal’s frosty winter, as well as Atwater Market, Lachine Market and Maisonneuve. “Especially in summer, these public markets contribute a lot to the produce marketplace,” says Lavorato. “They retail a significant volume. While they focus on local, they also have a lot of other products, including imported items.”

Outside the current disruption in the restaurant sector, Montreal typically represents a thriving restaurant business. According to government statistics, Montreal has historically had the highest number of restaurants per capita in Canada and the second most in North America.

The cosmopolitan nature of the city is reflected in the restaurant variety. “Typically our restaurant sector is diverse because of the range of cultures and races that live in the city,” says Morison of Benny D’Angelo. “Our restaurants offer wonderful food to please anyone’s taste.”

Lavorato notes the sector is multi-diverse, encompassing cuisines from Indian to Japanese to Lebanese to Italian to French. “It’s also very produce-oriented,” he says. “A lot of products are left on the back burner of retail and instead are used in a diverse and unique way by the foodservice sector. Foodservice drives invention and consumer experimentation with new stuff. Chefs bring on new products and introduce them. Then the public and consumer get to know them.”