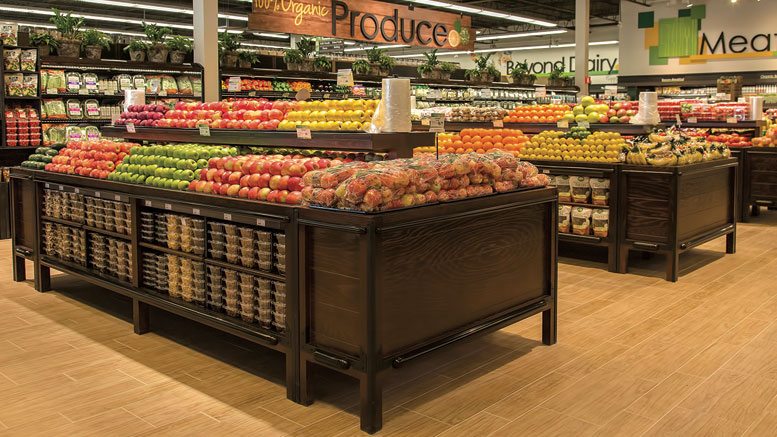 Imagine a neighborhood store brimming with organic, healthy options and staffed by knowledgeable people who genuinely care about the health of their customers. Just such a panacea exists for many Toronto residents in Nature’s Emporium. The three-store independent offers farm-fresh organic produce, natural vitamins and supplements, and traditionally raised and sustainable meats and seafood, as well as a variety of organic/natural groceries and other personal care supplies.

Established in 1993, the store’s central goal was to introduce and provide a healthy, natural lifestyle to its community. “Our longstanding motto sums up our philosophy: Eat Well, Live Better,” says Joe Tavernese, vice president of produce procurement in Newmarket, Ontario. “We believe natural and organic foods, supported holistically with both vitamins and supplements when necessary, as well as empowering education is key to our customers’ ongoing wellness.”

The stores are proudly family-owned by both the D’Addario and Tavernese families. The flagship Newmarket location is roughly 50,000 square feet, while the other locations are closer to 20,000 square feet.

Produce is a major ingredient of the store’s recipe for better living. The produce department occupies roughly one-quarter to one-third of the volume of each store and represents approximately 20 percent of store sales.

“Produce is one of the key differentiating features of our stores, given we’re exclusively organic,” says Tavernese. “Fruits and vegetables are the cornerstones upon which a healthy diet is built. In that sense, it’s crucial our produce department demonstrates our commitment to providing the best possible produce experience for our customers every day.”

Tavernese sees more and more people shifting toward increasingly plant-based diets, and believes a leadership position in produce draws interest and store visits. “This, in turn, introduces new customers to the many other aspects of our business,” he says.

Diligent sourcing is a crucial aspect of being able to provide the necessary products to customers. “The main criteria we use when sourcing produce include third-party organic certification, appearance, quality, taste, sizing and pricing,” says Tavernese. “We balance these factors to ensure our customers receive the best, freshest produce at the best possible price for any given moment.”

The store works with a wide network of sources on a daily basis. “This includes the Ontario Food Terminal, wholesalers such as Mike & Mike’s Organics, and grower/distributors such as Pfenning’s Organic Farm,” says Tavernese. “We also source from local organic producers, including Greenbelt Microgreens, as well as seasonal, small-scale local farmers. The wholesale market is extremely important for us, and the industry as a whole because it keeps the market competitive — meaning better value passed along to our customers.”

The stores change layout throughout the year and use a mix of marketing methods. “In-store, we promote seasonal initiatives such as a focus on local fare, as well as monthly health-centric themes like ‘Cleansing and Detox Month,’” says Tavernese. “This gives us the opportunity not only to feature the various health benefits of produce items, but also to cross-merchandise with other departments in the store.”

Numerous channels for promotion include weekly and monthly fliers distributed locally and online. “We also use non-price promotion about unique offerings by featuring them in monthly health-focused recipes created in-house by our vegan chef,” says Tavernese. “These are promoted via social media and featured on in-store recipe cards distributed at checkouts and in our newsletters. We’ll also feature them in videos, produced in-house and distributed via YouTube, Facebook and Instagram.”

The store considers sampling to be a springboard upon which new food trends are launched. “For instance, when Broccoleaf was new, frequent sampling opened our customers’ eyes to the dynamic potential of this humble leaf,” says Tavernese. “We offered it sautéed or as a salad, allowing customers to taste the difference while learning about its unique health benefits from our on-staff nutritionists and culinary team.