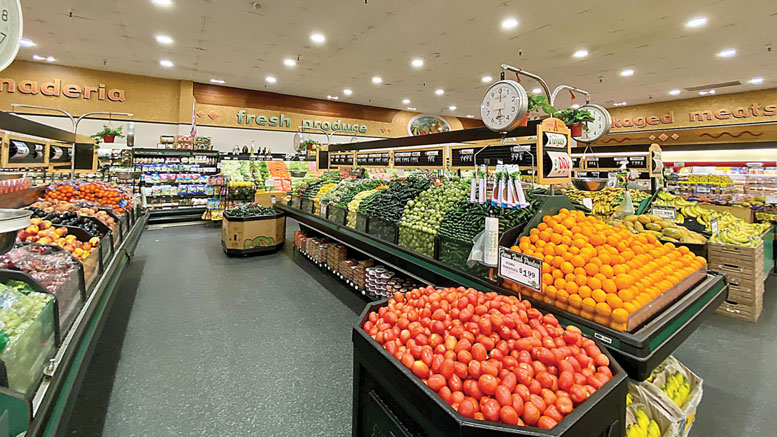 Fresh produce is a key ingredient to the success of a Super A Foods, Inc., a Los Angeles retail grocery chain. The eight store chain celebrates its 50th year in 2021.

“Produce and meat are everything to us,” says James Amen, president. “You just cannot operate without them. Fresh produce is the No. 1 reason people shop with us, our produce department. It’s what sets us apart from any of the other retailers. There are a lot of good retailers here in L.A. that do a good job with produce. But we do a really good job with meat and produce, our bailiwick. It’s what really sets us apart from our competition.”

The Commerce, CA-based chain’s stores are mostly concentrated in the central part of the city. Super A Foods stores are in the cities of Bell Gardens, Montebello, Paramount, South Gate, Temple City, and Fillmore, northwest of L.A. in Ventura County, and in the neighborhood of Highland Park.

Ethnic groups constitute a big part of Super A Foods’ customer base. Up to 50% of the chain’s shoppers are Hispanics, with the balance a mix of Asians and whites. “Most of our stores are in Hispanic areas, and they buy a lot of produce,” says Amen. “Traditionally, the white Caucasians eat out a lot more. That has changed a lot with the pandemic.”

“Fresh produce is the No. 1 reason people shop with us.”

Going forward, Amen expects business to remain strong. “It shouldn’t be up 25%,” he says. “If we were up 10% to 15% over the same-store sales in 2019, that would be great. Business has been really positive for us.”

Even before COVID hit, business was strong. “The produce economy has always been strong,” he says. “I just think it’s the way people eat. Everyone’s using fruits and vegetables.”

In 1971, Lou Amen, James Amen’s father, founded the company. Four of the elder Amen’s seven children and a son-in-law remain involved in the business. 