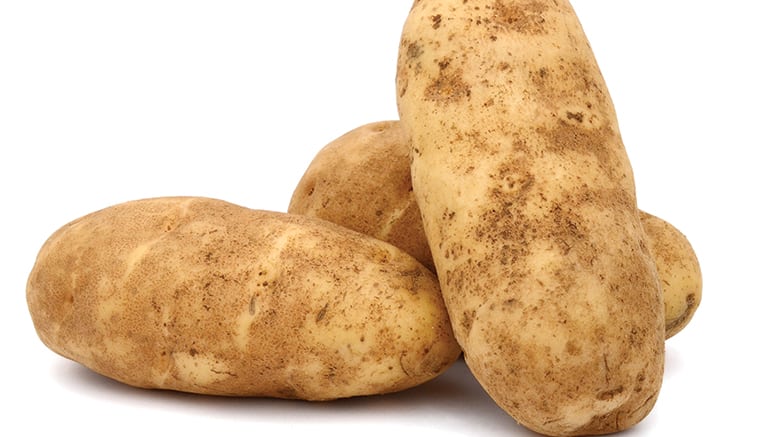 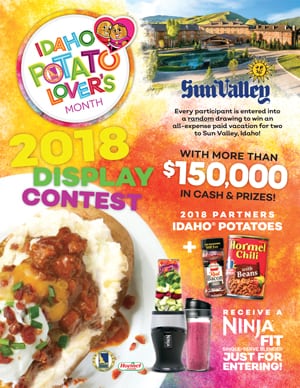 It’s a challenge that, for 27 years, retailers across the country have been happy to take on.

So, when the Idaho Potato Commission, Eagle, ID, launched the Potato Lover’s Month Display Contest this year — with big prizes on the line and sales boosts a given — retailers scrambled to construct their most creative and user-friendly displays for customers.

John “Rich” Rosser, assistant manager for produce at Raley’s in Loomis, CA, chalked up first place for his store in the 10-plus registers category. Rosser did his own chalk art for the display, which featured a ski-jumping spud in Sun Valley, ID, in honor of the sweepstakes prize destination.

“I do all the drawings — I like to get creative,” says Rosser. “People migrate to [displays] like this. When we put it center stage, sales take off.”

“We couldn’t be more thrilled about all the enthusiasm for the Idaho potato brand.” 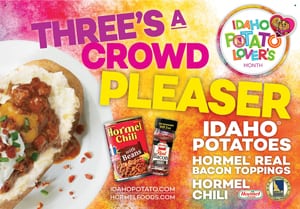 Retailers had to showcase the display in their store’s produce section for at least one week from January 15 through March 16, 2018.

In the other feature categories: Kroger J-915 in Elkhart, IN, won first place in the 6-9 registers competition for its loving tribute to Idaho potatoes, topped by a giant heart framing a tater couple clasping partner products Hormel Bacon Toppings and Hormel Chili; while the Nebo Market display in Nephi, UT, earned top honors among 1-5 register stores for its carved-foam spud family riding in an old wooden wagon that served as backdrop for a wide variety of Idaho potato products and illustrated Idaho facts.

“I am always amazed at the creativeness I see in the displays with this program. This year was no exception. The entrants did a fantastic job of coming up with new ideas, larger displays and very unique themes to make this program a success. Potatoes, bacon and chili create a perfect combination of deliciousness.” 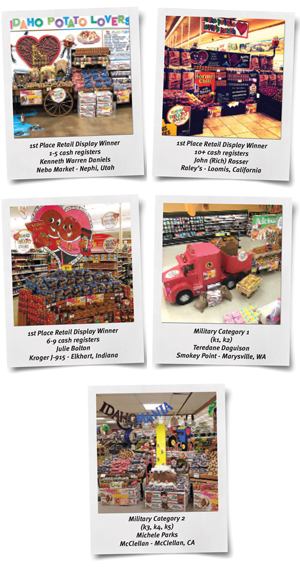 “This year was no exception. The entrants did a fantastic job of coming up with new ideas, larger displays and very unique themes to make this program a success. Potatoes, bacon and chili create a perfect combination of deliciousness,” says Hjelmen.

For the first time, this year’s retail display contest also included a random sweepstakes drawing for an all-expenses-paid trip for two to Sun Valley, ID, which went to Bob Gagnon, manager of Ahart’s Market in Bath, PA. Thanks to the Category Manager Match Program, the store’s category manager also earned a trip to the all-season resort. In addition, the Category Manager Match Program awarded equivalent prizes to corporate category managers for stores that qualified for first through fifth, and everyone who entered the contest received a free Ninja Fit single-serve blender.

“We couldn’t be more thrilled about all the enthusiasm for the Idaho potato brand,” says IPC marketing manager Jamie Bowen. “Retailers tell us they have a great time creating the displays, and shoppers love them. We also received a lot of really good comments this year about our free prize for everyone who entered.”