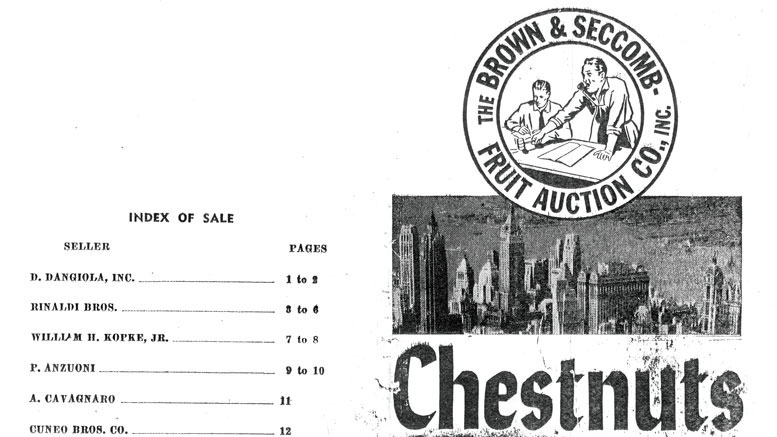 This image, supplied by Sal Vacca, formally of A.J. Trucco, Inc., Bronx, NY, represents a “fruit trade catalog” of chestnut sellers who participated in an auction on November 24, 1952, at The Brown & Seccomb-Fruit Auction Co., Inc., on Piers 27, 28 and 29, along the Hudson River in New York, NY.

According to Vacca, all fruit sold in New York until 1967 — when the Hunts Point Terminal Market opened — was sold through auction. The other major auction house was the New York Fruit Auction.

All foreign fruit — chestnuts are imported from Italy — was sold at the end of the auction when domestic fruit was finished. A seller could withdraw the offered lot if the price bid was not high enough.

Italian chestnuts, which are still a seasonal item, are available beginning in October, usually around Columbus Day, and typically run through the beginning of January.