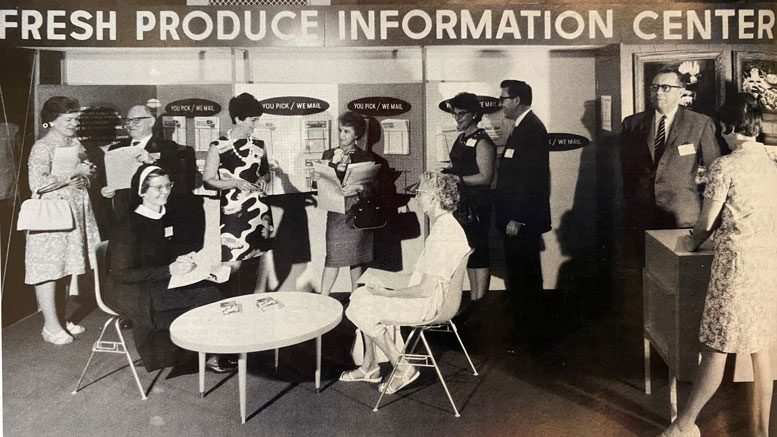 This month’s Blast from the Past is a photo of a booth that United operated on behalf of the industry interest in boosting consumption, way back in 1967 at the American Dietetic Association Convention. United had prepared many leaflets and was ready to send them out to dieticians in hospitals, schools, prisons, private practice and other places. The goal was two-fold: To make sure increasing produce consumption — and its positive impact on health — was top-of-mind among dieticians and to give dieticians tools to use with consumers and their specific constituencies to help advance the argument for increasing produce consumption.

With United and PMA now set to merge, industry resources are being substantially consolidated in one organization. What role will the non-profit Produce for Better Health Foundation serve post-merger? How will industry resources be dedicated to boosting produce consumption, and to what extent will this be the mission? These questions and more will be addressed during a yearlong transition process. 