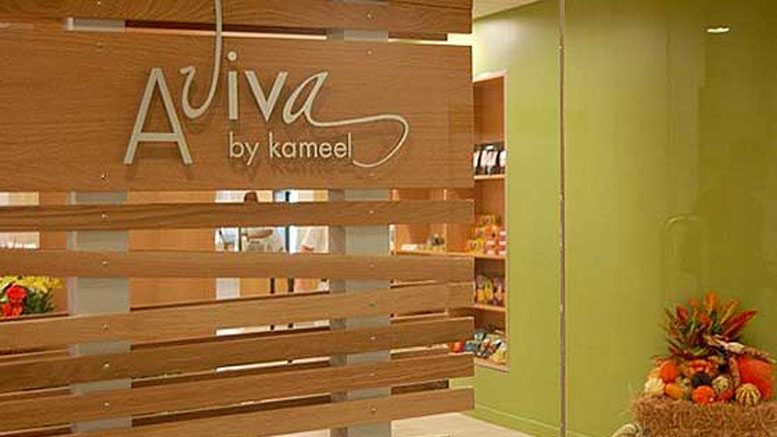 According to the most recent statistics from the Washington, D.C.-based National Restaurant Association, in 2011 there were more than 16,000 eating places in Georgia, and these restaurants were estimated to register $16 billion in sales in 2013. Restaurants accounted for almost 380,000 jobs in the state in 2013, with projected job growth of 14 percent by 2023.This healthy climate resulted in a number of produce-centric eateries in the city in recent years, one of which was Aviva by Kameel.

Opened in October of 2012, Aviva by Kameel is an authentic restaurant offering Middle Eastern cuisine centered around local produce. The restaurant has been rated No. 1 both on Yelp and Trip Advisor out of 3,400 restaurants in the region. “We attribute that to our food and customer service,” says general manager Nas Srouji. “Produce is a focus in our restaurants to the point where our walk-in cooler looks like a farmers market.”

Italian parsley, cucumber, tomato, onion, red and green pepper, garlic and organic spring mix are used in abundance in the restaurant’s signature dishes, along with lemons, eggplant, and 4×6 and Roma tomatoes.

“We also have a juice bar, so bananas, beets, green apples, oranges, kale and spinach are hallmarks of this,” says Srouji.

The restaurant sources produce at a local farmers market south of the airport three times a week. Only local produce is utilized to help support the local economy and due to the quality standards. “We think the quality is better locally, and we’re all about giving back to the community and supporting Georgia’s economy,” says Srouji.

As produce prices rise, the restaurant will compensate by increasing food prices, but only by marginal amounts. Signature menu items include tabbouleh salad with parsley, cucumber, tomato, red onion, and green and red bell peppers. All salads incorporate fresh garlic and dressings include extra virgin olive oil and fresh squeezed lemon juice. “We go through three cases of lemons a day, as this is our most used produce item,” says Srouji. “We also have grilled broccoli, squash, zucchini and eggplant, and our ratatouille is fantastic.”

Herbs are a key ingredient in many dishes. Fresh rosemary is used to season the chicken and Italian parsley is included in salads and as a garnish in many dishes. Like others, Aviva is seeing an uptick in consumers seeking local produce. “We believe in supporting the local economy and hope other restaurants follow suit,” says Srouji. “It can be more expensive, but the quality is better.”