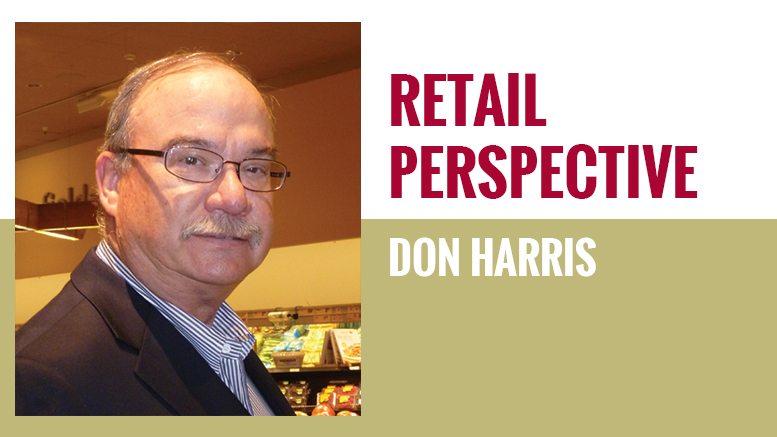 Any discussion on pricing must be approached with caution as no other topic creates more controversy than how to best price fresh produce. There are many theories and methods of how pricing should be established, and there are many proponents of each method who will “defend to the death” their process.

Pricing is often the most secret concept of a retail operation. Often, upper management doesn’t understand the controversy that surrounds the pricing in the produce arena and dismisses it as unnecessary. Pricing in the other departments is simply a function of adding specified markup to the cost of the item to gain the desired level of profit. These costs are very stable. The emotional and immediate relationship between grower and retail in the produce world creates an entirely different dynamic in terms of the impact that pricing has on both sides of the equation. Management’s dismissal of this reality only goes to prove that “They just don’t get it.”

The pressures of modern-day retail have a great influence on the methods of pricing fresh fruits and vegetables. Too often, produce executives are driven solely by the need to generate as much profit as possible from each produce item. With the given influx of additional consumer goods background in the ranks of produce executives, this practice continues to grow. ssHoever, the successful produce retailer does strive to achieve a balance in pricing strategy. This balance requires a strategy that drives sales, maintains movement and generates the desired level of profit. It also involves the use of the time-honored tradition of establishing a “value equation” for each item, which relates to the effect of price on each of the elements of this delicate balance. In this age of abundant data for analysis, the methods to gain this balance are readily available for analysis by the innovative produce retailer.

An initial step in gaining balance in a pricing strategy requires the analysis of each item and the affect the price has on its movement. We all know there are certain items that react very favorably to a price reduction, and when the price is returned to a normal level, the item gains a higher movement due to the promotional activity. We also recognize the reverse: items that only move additional units when the price is reduced sometimes regress when the price is returned to its previous retail price. All too often in the present marketplace, retailers condition the consumers to buy product only when it is on promotion. This causes a major quandary in movement as normal-priced sales decline after promotion, as the consumers wait for the next promotion to buy more.

All too often in the present marketplace, retailers condition the consumers to buy product only when it is on sale. This causes a major quandry in movement as normal-priced sales decline after promotion, as the consumers wait for the next promotion to buy more.

This is caused by an imbalance in pricing, where post-promotion pricing assumes a number that generates required profit and subsequently slows volume. This is a vicious cycle, which left unchecked can result in widespread overpricing. Innovative retailers look at the situation and determine what price level they should return to following a promotion to maintain the momentum of unit volume. As a result, they avoid the trap of raising prices and ultimately overpricing within the department.

Let’s take a look at how the situation utilizing this action might look. For example, let’s say a certain produce commodity (X) with an average retail of $1.79 and movement of 1,000 units was recently placed on promotion at .99 each, and this change generates double the normal sales (2,000 units). After promotion, its movement returns to 85% of the previous rate (850 units), therefore price is set to $1.99 in order to generate the necessary margin. This is a somewhat common occurrence in the produce industry. In this situation, an innovative retailer might take advantage of the situation and, following the .99-cent promotion, move to the price of 2 for $3, which would retain 20% of additional promotional volume (1,200 regular movement) and yield the same margin. The net result would be more movement and consumer impression of a lower price. This would allow for subsequent promotions to drive sales beyond what was achieved in this promotion utilizing and building upon the impression of increased value. This example shows the benefits of not always raising the retail price to generate proper margin at the cost of slowing movement following a price cut.

This type of action is one example of how to balance an approach to pricing. By utilizing this thinking, one can eliminate the highs and lows of pricing strategy and develop more even, balanced pricing for consumers. This in essence encourages consumers to purchase product regardless of whether it is “on promotion” or not, as they recognize the prices following promotion will be balanced and provide a value to the customer. This in turn, increases consumer confidence, item movement and ultimately sales and profits. While this action will require additional and concentrated effort to analyze pricing to this detail, the results will speak for themselves.