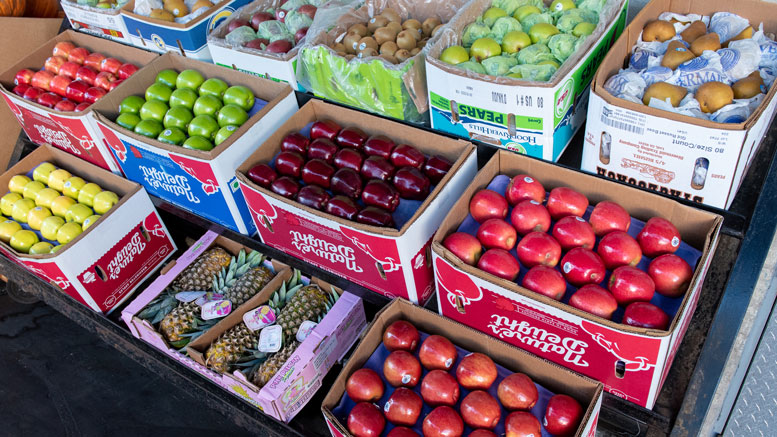 Despite the challenge, Boston’s diverse customer base weathers the storm and looks to a brighter day.

Boston’s marketplace stood strong against this year’s gloomy climate as retailers, wholesalers and distributors worked together to hang onto business. “Customers were able to learn to adapt to what’s going on,” says Jackie Piazza, citrus sales at Community-Suffolk. “The numbers change, but the customers are still with us.”

The produce community pulled together to get through the crisis and keep customers viable for the future. “The biggest strength I saw this past year was the cooperation of everybody to commit to what needed to be done,” says Steven Piazza, president and treasurer at Community-Suffolk.

Boston has long encompassed a diversity of retail formats including powerhouse regional chains, independents, and neighborhood stores. “We’re fortunate in Boston that we still have strong customers such as Stop & Shop, Hannaford, Bread & Circus, and Roche Bros.,” says Steven Piazza. “Most of them have a facility or person in the market looking for shorts or deals.”

The marketplace is strengthened, especially this year, by smaller neighborhood retailers. “Over the past several years, there has been a growth in the independent produce stores, especially of various ethnicities,” says Gene Fabio, president of J. Bonafede. “These are thriving stores all serving a different clientele.”

The retail marketplace has become more focused on individual stores as well as quality. Steven Piazza relates how the pandemic resulted in a significant push from smaller independents and bodegas. “Consumers seemed to prefer shopping those smaller local stores,” he says. “That translates into a boon for us because those smaller stores don’t have a warehouse so they shop the market two to three days a week.”

Quality and availability are also factors for current success. “Retailers that continue to offer a very good quality product at a fair price are doing well,” says Paul Travers, co-owner of Travers Fruit Co. “Retailers operating out of a variety of locations are also doing well.”

Everything is tailored to the customer explains Dominic Joseph Cavallaro III, general manager sales at John Cerasuolo Co. “Some are stronger than others, some serve different communities,” he says. “It’s more individual customer-based than ever before.”

Cavallaro emphasizes the importance of all customers. “You treat everyone fair and really try to meet everyone’s individual needs,” he says. [Editor’s note: For a closer look at a Boston-area retailer, please see our Rising Retailer]

While retail was harnessing a booming wind, foodservice struggled to stay afloat and has left a wake of new business models. “A lot of customers pivoted to take-out or home delivery,” says Bonafede’s Fabio. “Some of our foodservice customers whose business was mainly schools or other institutional customers were left down 70 to 80 percent. Many of them pivoted to go directly to the consumer, driving our end of the business.”

Outdoor dining helped prop up restaurant business through summer and early fall, but unknowns still threaten the sector. “The fact that Massachusetts, in relation to other areas, was one of the first to capitalize on outdoor dining and get back some indoor dining has helped,” says Glenn Messinger, vice president of branch operations for Baldor Specialty Foods including Boston, Washington, DC and Philadelphia. “But, the big question is what happens now in cold weather.”

Restaurants have learned to adapt if they have the space, reports Maurice Crafts, owner of Coosemans Boston. “For the upcoming winter, many are looking at igloos, heat lamps, or other outdoor options,” he says. “However, that won’t work for all. Basically everyone’s is looking at their situation, what can be done and how to implement it.”

Getting The Most Benefits From Your Wholesaler Partner

Produce By The Bay