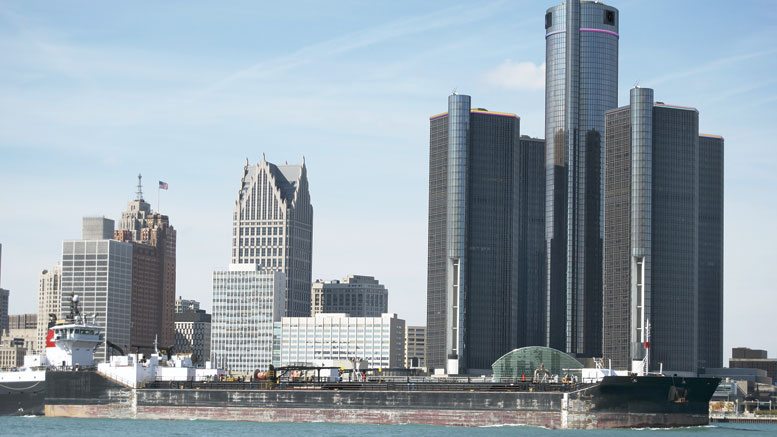 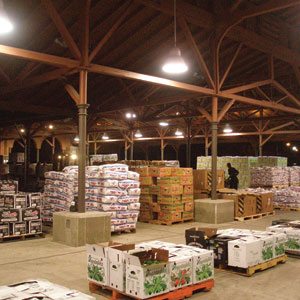 Those who still have doubts about Detroit’s viability need only to look at its burgeoning produce industry to see that this is a city on the upswing.

Proof of the “Motor City’s” potential is the movement toward a new wholesale market that would include a modern facility modeled after the Philadelphia terminal project completed in 2011. The Eastern Market’s current home combines retail vendors with 30 wholesale produce suppliers. It’s open Monday through Friday from midnight to 6 a.m., with produce available June through November.

“We’ve been doing research on building a new regional distribution facility, due to safety and modernization needs,” says Daniel Carmody, president of Eastern Market Corp. “We just wrapped up a $70,000 consultant study exploring building a new modern facility, and we are working with others in the industry to see who’s interested in making major capital investments.”

According to a recent report in Crain’s Detroit Business, part of a $550,000 operations grant from the Troy, MI-based Kresge Foundation will support this project. The eight produce companies that run the 300,000-square-foot, 91-year-old Detroit Produce Terminal also are facing the same issues, according to Crain’s. The Detroit Produce Terminal would require $15 million to meet the new federal requirements.

Details on the Eastern Market project are still in the works. “We’re still researching financing for a new [Eastern] market, and we know the market rates the industry is paying and are looking for resources to fill that gap,” says Carmody. “It’s too soon to talk about a timeline for the new facility.”

In the meantime, those doing business in the city contend Detroit is ideally positioned for growth. “We consider the greater Midwest our market, as we border five states,” says Dominic Riggio, president of Riggio’s Distribution Co. “We are shipping into eight different states and are in a good position to get to a lot of markets from where we are, including Detroit. Nationally, the city has had a bad reputation in the past 10 to 15 years, but downtown is definitely making a comeback with new restaurants, retail, clubs and a Whole Foods Market.” 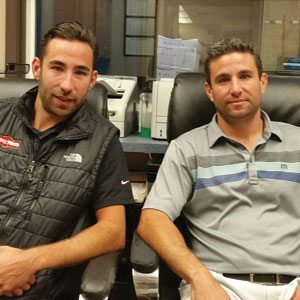 From left: Phil and Dominic Riggio of Riggio Distribution Company

As it has in the rest of the country, the local produce movement continues to expand and flourish in Detroit. “Overall, local produce is generating interest in the wholesale market more so than in the past few years,” says Carmody.

LaGrasso Brothers Inc. has taken local growing to a new level by repurposing shipping containers to grow specialty lettuce for customers in greater Detroit and Michigan. Though the program is less than a year old, it has been well received.

“We decided to bring on the freight farm because chefs are looking for locally grown product 365 days a year, not just in summer,” says Joseph LaGrasso, manager at the company. “We’re able to capture this business with repurposed shipping containers.”

This is the first time LaGrasso Brothers, a 102-year-old produce distributor, ventured into the growing side of the business. “We’ve never grown anything, so it is a big deal for us,” says LaGrasso. “The process of getting it up and running has been very seamless.”

“In past years, homegrown produce was sold by the pound or in bulk; but more recently, suppliers stepped it up, enhanced food safety programs, and we’re now able to package produce under this label,” says Dominic Riggio. “We also continue to work with local growers to package homegrown produce.”

Midwest Grown is geared for retail sales, although Riggio’s local produce also is sold to foodservice customers under a different brand name. “We’re seeing a lot of homegrown or local, including corn, tomatoes, beans, etc., depending on the season; it’s pretty prevalent,” says Riggio. “For retail, we’re able to capture more business, as the bigger growers become more compliant with food safety regulations and documentation to step up their game.”

This allowed Riggio Distribution to package more of these items for retail. Rocky Produce Inc. has taken advantage of Michigan’s homegrown season by making strong connections and relationships with area farms. “We are working with more local farms, and there are many relationships we had for many years, though new relationships come up,” says Dominic Russo, sales manager for Rocky Produce. “We will seek out farmers to work with and they, in turn, seek us out. If their ideals and values match with ours, it’s a win-win situation.” 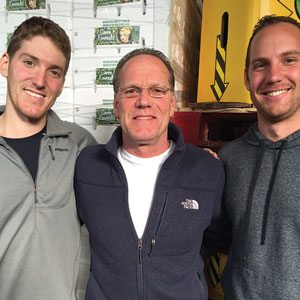 From left: Chris, Drew and Jake Billmeyer of Ben B. Schwartz & Sons Inc.

In addition to local product, organic produce also continues to be a strong market in both the Detroit region and the Midwest, as in the rest of the country. In response to this, Riggio launched two new organic salad dressing flavors (Italian and Balsamic) this past summer.

“A small portion of our business has included a healthy line of shelf-stable dressings over the past six years, which we promote on our website,” says Riggio. Along with the trend in local and organic products, major suppliers are creating new packaging and different ways to offer fresh-cut products, which expanded opportunities for Detroit produce companies.

“On the fresh-cut side, we’re seeing a lot of kits with non-produce mixed with produce, such as proteins and dressings,” says Riggio. Another more recent development — the federal regulations that have allotted schools more money to spend on fresh produce — has had a positive impact on Detroit wholesalers similar to the rest of the country.

“We definitely have not reached our ceiling as a company,” says Riggio. “There is still a lot of opportunity, but we’re being careful with our growth, going after the good business, watching our money and receivables, as well as building a good foundation from the work of past generations.”

Demographic shifts have impacted Detroit’s produce industry, mainly from a packaging perspective. Russo notes various packaging and pack styles were created and are more attractive to marketing directly to the sought-after Millennial demographic.

“Although Baby Boomers are purchasing the most product, followed by Generation Xers, the Millennial population is growing and moving forward,” says Russo. “Whatever the media is pushing tends to take hold; such as leafy vegetables (kale and Brussels sprouts), in addition to superfoods high in vitamins and antioxidants.”

The Detroit renaissance has included big investors opening art galleries to attract more people to the city, which has been a boom for the produce industry. “One thing leads to another, and then other businesses can be supported by the additional traffic in the city,” says Nate Stone, chief operating officer at Ben B. Schwartz & Sons Inc. “But what has contributed to the steady growth of our company for more than a decade doesn’t come from inside the city, although that may be part of it.” 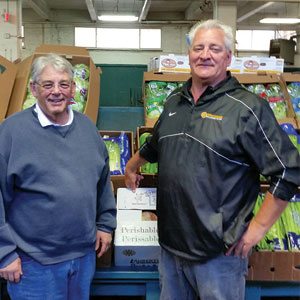 From left: Michael Badalament and Nick Pizzo of R.A.M.

The company is now delivering produce to five states, running more trucks and operating more equipment than ever before. Ben B. also increased its floor space. Although the company has a great shipper base, it seeks to connect with more logistical companies that can provide reliable service and help the company keep product quality consistent.

In terms of strong sellers, Detroit’s R.A.M. Produce Distributor’s biggest commodity is tomatoes, which have seen retail and foodservice sales remain steady in recently years. “Lots of specialty tomatoes are selling, like the Sunset label and Wild Wonders,” says Jim Bommarito, R.A.M.’s sales manager, who attributes this to increased demand. “These are not cheap products.”

The company also continues to sell a large amount of Zima tomatoes, an orange grape tomato that debuted in 2011. The Detroit tomato business continues to include more people going for different items, with traditional types becoming stagnant.

“There are only a few big Michigan growers, but many smaller companies,” says Bommarito. R.A.M. stays with the larger more established companies when doing business, and also imports tomatoes from Mexico. Florida, California and Canadian greenhouses are other reliable sources during the winter months, in addition to Michigan’s hydroponic-grown tomatoes.

“Hydroponic produce is becoming popular in the Midwest, and the supply is typically pretty good,” says Bommarito. “These locally grown items are more costly and labor is a real issue, plus there are not many local farmers using this growing method, so there can be a product shortage on occasion.”

R.A.M., which has a big Arab clientele, has seen more movement with gray squash as well as Romaine lettuce. The area farmers markets have had an impact on wholesale business, but only during the summer months. “Even chains and independents slow down during summer, when farmers markets are in operation,” says Bommarito. “But we’re selling more local product than ever before.”

Andrews Brothers Inc. cultivated a strong and diverse customer base of both independent retailers and foodservice purveyors. “We continue to be optimistic about Detroit’s produce business,” says Jeffrey Abrash, president. “The fact that we have a diverse customer network is a reason for optimism.”

“It has been a win-win for the community and the kids,” says Jack LoPiccolo, president. One of the biggest challenges for LoPiccolo Bros. is retaining drivers to handle its foodservice business. “We could improve our business by 20 to 25 percent if we could find drivers,” says LoPiccolo. “Still, business is pretty steady, with local hipsters coming to downtown Detroit and seeking out exotic produce like Chanterelle mushrooms.”