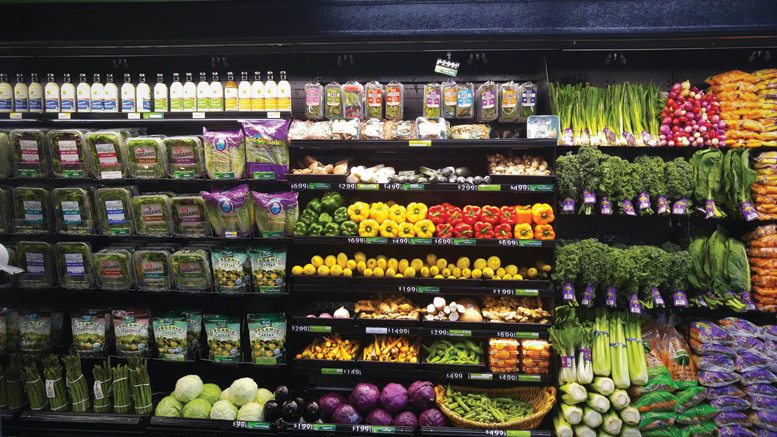 If consumers are worried about whether imported produce truly meets organic standards, be ready to answer their questions — then sell them what they need. 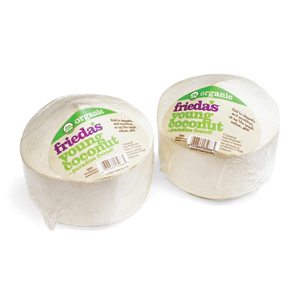 Consumers’ interest in organic produce is growing at a rapid pace. According to data from the Organic Trade Association, spending on organic fruit increased 123 percent between 2011 and 2015. Dollars spent on organic vegetables rose 92 percent during that same time period. Shoppers spent an estimated $5.5 billion on organic produce in 2015, and more than half of U.S. households purchased organic produce at some point during the year.

People dedicated to buying organic products know domestic growers must follow strict guidelines set out by the U.S. Department of Agriculture’s (USDA) National Organics Program (NOP). They may be less clear about what regulations farmers and distributors in other countries must follow, and that can raise questions. What kind of reassurance do they have that these are truly organic? Can they really trust that they are free of pesticides, non-GMO and have the other qualities they desire?

“The topic of food safety can come to the forefront when discussing imported organic produce,” says Jeff Cady, director of produce and floral for Tops Friendly Markets, which has 172 full-service supermarkets in New York, Vermont, Pennsylvania and Massachusetts and is headquartered in Williamsville, NY. “But I am getting fewer questions. We have found our core organic consumer is educated and understands that USDA has high standards, which imported organic produce must pass in order to be allowed in this country.” That goes a long way toward putting their minds at ease. Still, when those questions do come up, what do produce managers need to know so they can lay any customer concerns to rest? And should imported organic produce be merchandised differently than fruits and vegetables grown domestically?

“All organic produce that is sold to retail grocery stores has to be certified organic by the USDA,” says Alex Jackson, senior account manager at Frieda’s Specialty Produce, a produce marketer and distributor based in Los Alamitos, CA. To prove they’re meeting these guidelines, farms and other food handlers must pay for a third-party certifier to visit them and study practices around things such as pesticide use, food handling, and maintaining soil and water quality. If they meet all NOP requirements, they are granted permission to label their products as organic.

In addition, the USDA has established equivalency arrangements with several countries. These agreements demonstrate the U.S. government has studied the organic regulations prescribed by the country’s government and determined they’re equal to or stricter than the requirements for domestically grown organic produce. As long as growers and other food handlers are certified organic in their own nation, and stick to that country’s regulations, they can sell their products as organic in America without getting an additional certification.

Right now the United States has equivalency agreements with Canada, the European Union, Switzerland and Japan. There’s an equivalency agreement covering processed foods from Korea, but produce items still must be reviewed to ensure they’re truly organic. “For those countries that do have equivalency agreements, consumers can be very confident they meet the spirit of U.S. organic,” says Kathy Means, vice president of industry relations for the Newark, DE-based Produce Marketing Association (PMA).

There’s another reason consumers can feel confident that grocery store produce is truly organic, whether it’s imported or domestic. “Since all retailers are following the U.S. Food and Drug Administration’s Food Safety Modernization Act (FSMA) regulations — and part of FSMA regulations is the organic certification — all retailers in the country will only sell organic product if it has been certified,” says Jackson.

Produce executives and industry professionals agree modern consumers seem less concerned about the safety of imported organic produce. “We don’t get a lot of questions,” says Dan McCleerey, director of perishables for ShopRite Supermarkets, the largest retailer-owned cooperative in the United States. The company has locations in New York, New Jersey, Delaware, Pennsylvania, Connecticut and Maryland, and is based in Florida, NY. As McCleery points out, “One of our best-selling items is imported bananas.”

“We definitely get feedback, but the concerns are no longer frequent,” says Earl Herrick, president and founder of Earl’s Organic Produce, a wholesaler and distributor headquartered in San Francisco. “It’s really only people who are just coming into the arena that have any concerns.”

That being said, Herrick also makes this point: “It’s pretty well understood that the organic shopper has some well-defined aspects. They’re willing to pay more money. They’re more educated and more engaged in what they’re eating, which means they have more questions.”

He says the best way to ease worries about imported organic produce is to educate consumers about where the food is coming from and why it meets the same standards as domestically grown foods.

“It’s also about exposure,” says Herrick. “When people see the same labels on produce year in and year out, the names become familiar. It’s not unlike people going to farmers markets to make that connection to a grower.” He visits Mexican farmers, then passes along the information to consumers by blogging about the businesses on his website. 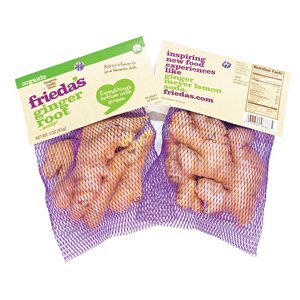 Helping consumers recognize the good things about imported organic produce is an important part of that education process. One of the top reasons to buy imported fruits and veggies is there are some foods shoppers simply can’t access at certain times of the year otherwise.

“Customers want a year-round supply of these items,” says McCleerey. “The only way we can do that is to provide imported products. We’re looking for more items and availability, and fair pricing for our customers. Without imports, we wouldn’t be able to service everyone as much as we’d like to.”

“Having imports does more than just give us more variety,” says Herrick. “It also allows us to have better product.” He uses apples as an example.

“Organic consumers are more focused on an item being organic than imported organic. Continue to merchandise all organic produce together, making sure the signage on that section of the department is clearly labeled organic, including the imported items”

In the winter months, consumers have a choice between eating U.S.-grown apples that have been in storage for months, or buying fresh products from the Southern Hemisphere. The fresher apples are going to have more nutrients than the stored ones, says Herrick.

Jackson points out another benefit to imported organic items. “It’s purely another source of organic produce. Organic produce is expensive to grow, so if there are growers offshore that are investing in organic farming and willing to invest in exporting it, then we should take advantage of that as organic consumers.”

When imported organic produce begins to overwhelm the U.S.-grown goods in the store, there’s no reason to make serious changes to your merchandising strategy. “Organic consumers are more focused on an item being organic than imported organic,” says Jackson. “Continue to merchandise all organic produce together, making sure the signage on that section of the department is clearly labeled organic, including the imported items.”

“I don’t have a sense anyone is calling out organic products as a merchandising technique,” says PMA’s Means. “But it is important to pay attention to merchandising organic products so consumers can find them. They want to know the store cares about what they want and is making it easy for them to find these products.”

“Be upfront and proud of where the product comes from,” says Cady with Tops Friendly Markets. “The world is much smaller than it used to be. Sign appropriately and be prepared to back up the food safety questions.” Herrick echoes this point. “You don’t hide it, and you don’t question it,” he says. “You embrace it and continue to advertise it.”

“These are the things that are important at a retail level: having good signage, highlighting farms and commodities, and telling the story,” says Herrick. “It’s important to play into the fact that people want to know where their food is coming from. It’s also very important to be consistent.” Once you find a good supplier for organic vegetables or fruits, stick with them for as long as possible. Customers will get comfortable with the quality and safety of these items and be more likely to keep buying them.

“Create a good solid section of organic items. Make sure your customers recognize what you have. If you build a good strong base, any concern about imported will go away,” says McCleerey.