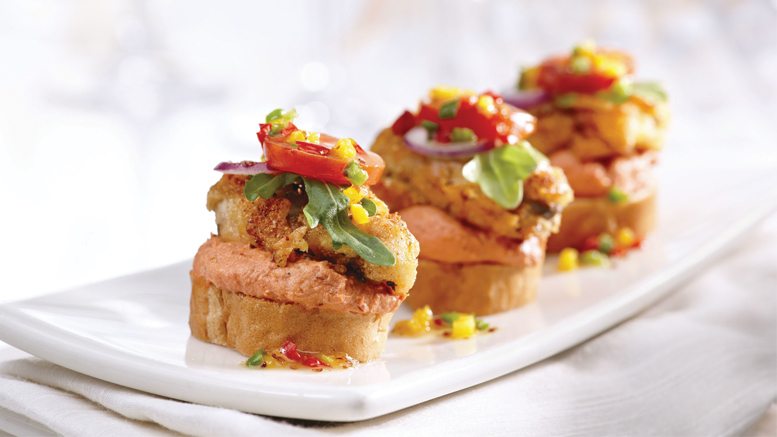 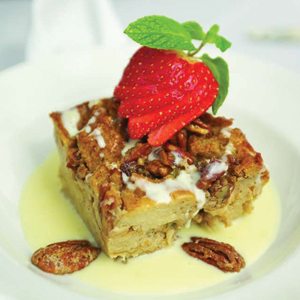 “Vegetables in Southern cooking have never been more exciting,” says Ralph Brennan, principal of the Ralph Brennan Restaurant Group in New Orleans. “Heirloom vegetables are extremely prevalent. Cooking techniques beyond stewing have been embraced, and the produce aisles at grocery stores have a more nuanced and abundant selection of southern greens.”

Today, Brennan continues, diners see a lot of fermentation and preservation from chefs. “People are appreciating the natural flavor of vegetables. One theory I have is with the many well-publicized diets that so many folks are on these days, people actually learned how to cook vegetables properly and appreciate the natural flavors.”

“From classic recipes like fried green tomatoes to succotash, all the classics are getting fresh makeovers with upgraded pairings.”

Brennan says one of the exciting things happening of late is a new guard of Southern chefs who excel at achieving the flavor profiles they desire with ingredients like okra, collards and black-eyed peas “while still preserving the integrity of the vegetable — the freshness.”

Brennan encourages his chefs to use quicker cooking techniques such as pot-blanching and sous-vide. At Brennan’s in New Orleans, Chef Slade Rushing serves a bacon roasted okra alongside a grilled pork porterhouse and creamed corn from Husser, LA-based Covey Rise Farms. Chef Slade roasts the okra, which blisters the outside while the inside develops a nice green bean-like texture.

“The sliminess typically associated with okra just disappears. The poached foie gras sauce then takes this Southern-inspired dish to a whole other level,” he says.

Chef Danny Trace at Brennan’s of Houston is achieving great success with Southern produce. Houston has certainly embraced vegetables beyond okra recently, and people are looking for new ways to eat Southern food in a lighter way — without the heavy sauces and deep-fried dishes.”

“The South has always been rooted in vegetables,” notes Jesse Gideon, consulting chef with Fresh To Order in Alpharetta, GA, a professed “fast fine” concept. He points to the region’s “fantastic favorable growing seasons and a long, proud history that allows and demands respect for vegetables.”

There is, Gideon says, not a lot of plain, raw produce hitting plates. “Whether pickled, smoked, placed in pies, casseroles, breaded or smashed, vegetables tend to get the same processes and respect as the center of the plate. There are so many iconic ones, but for me it would be green tomatoes, Vidalia onions, collards/mustard greens, okra, corn, squash and beans. From classic recipes like fried green tomatoes to succotash, all the classics are getting fresh makeovers with upgraded pairings.”

Fresh To Order serves a popular corn chowder with local onions, jalapeños and corn. It is a classic soup, Gideon points out, “but instead of just classically sweet, we give it a bit more of a heat kick that I think showcases classic/simple with an updated flavor.”

No Longer The Only Option

“Traditional Southern cooking embraced seasonal, local produce items,” explains Amy Myrdal Miller, founder and president of Farmer’s Daughter Consulting Inc. in Carmichael, CA. “This is somewhat trendy today, but 50 to 100 years ago, this was done because it was the only option. Sure, home cooks preserved produce items to consume later in the year (okra pickles or stewed canned tomatoes), but they used as much fresh, locally grown produce as they could.”

Miller says there is a definite move among chefs to lighten up Southern cuisine, and to present more produce in the freshest form possible. The traditional method of cooking something like sautéed fresh sweet corn may once have relied on the use of butter for creaminess, she notes.

“Today that same dish would rely solely on the ‘milk’ of the fresh-cut corn, reduced by sautéing with fresh herbs, to provide a creamy consistency,” she explains.

“One can find hundreds of menus for national or regional chain restaurants that feature Southern soups, salads and side dishes with abundant produce, but the trend to lighten up these dishes isn’t common. I see this mostly in independent restaurants located in Southern cities, like Atlanta,” says Myrdal Miller.

One current menu item that exemplifies the lighter, fresher side of Southern cooking in Miller’s mind is Cracker Barrel’s Tomato, Cucumber N’ Onion Salad, which is offered as a side dish. “Cracker Barrel has been working with a culinary nutrition expert for the past four years to develop lighter options on its menus. That influence is definitely seen in this dish, with just 45 calories,” says Myrdal Miller.

“A fritter should be fried, nice and crispy. And then offer a small portion accompanied by a salad — something like a tomato and onion salad that would offset the sweet richness of the fritter very nicely.”

When restaurants try to lighten up Southern produce dishes, Myrdal Miller finds they often go too far with the process. “Really good collard greens need some of the smoked pork flavor. Eliminating the ham hock [pork knuckle] is a mistake, but trimming some of the fat is a good idea. You still get the flavor without all the fat. Or making corn fritters and baking them instead of frying them.”

Miller explains the key to “lightening” up this dish is the choice of oil used to fry. “Instead of lard, use vegetable oil. A fritter should be fried, nice and crispy. And then offer a small portion accompanied by a salad — something like a tomato and onion salad that would offset the sweet richness of the fritter very nicely.”

A mistake a lot of restaurants make is straying too far from Southern ingredients and sensibilities. An example, says Miller, would be to make a Southern produce dish like baked eggplant with peanuts and substituting almonds for the peanuts. “Peanuts are the traditional Southern ingredient, not almonds.”

Miller also finds fault with restaurants that claim to be serving Southern food “but then under a category like ‘Salads,’ they list items like Chicken Caesar Salad, a salad no Southern cook would recognize.”

If a restaurateur wants a great reference for classic Southern cuisine and recipes, she recommends, picking up a copy of The Gift of Southern Cooking by Edna Lewis and Chef Scott Peacock.

Southern cooking has always embraced vegetables, according to Michael Ditchfield, faculty chef for the Pennsylvania College of Technology in Williamsport, PA. “Taking all things into consideration historically, vegetables and grains were the mainstay, with smaller amounts of protein incorporated into the dish.”

Ditchfield calls the South a melting pot of people and cultures and, as a result, cuisine. Among the disparate influences: Native American, African-American, French, Creole, Cajun, Spanish and German. “As each of these groups came to this region from Europe, Africa and the Caribbean Islands, they brought with them seeds, vegetables and other foods from their homelands hoping they would grow here, too.”

Many of the embraced dishes were one-pot-type meals: jambalaya, gumbo with vegetables, grains stock and whatever proteins may have been available. Ditchfield points to produce such as black-eyed peas, red beans and Vidalia onions, plus all kinds of peppers. “The vegetables’ ‘holy trinity’ in Southern cooking is celery, onion, peppers. They seem to be in everything.” He also includes collard greens, turnip greens, beets and beet greens. He likes to use Mirliton squash in soup, because it absorbs the flavor of other ingredients such as a blackened fish or shellfish, and those Cajun spices that are used for a dredge.

Ditchfield offers a fall menu sampler based on what he calls “deep South, low country cuisine”:

Black-Eyed Pea and Okra Soup – A rich and hearty soup accentuated by a smoky ham flavor.

Peanut Soup – Sweet and savory come together for this Le Jeune Chef favorite.

Garden and Herb Salad – Seasonal garden greens and fresh herbs with tomato and cucumber, served with garlic and herb vinaigrette.

Grillades and Grits – Wood-grilled and slowly-braised pork cutlets in a rich bayou stew served with grits.

Ditchfield calls it important that the consumers know their farmers and producers. “Look at some of what Chef Günter Seeger was doing in Atlanta in the late 1980s and ‘90s at the Ritz Carlton: foraging daily at a local organic produce farm, never really completing his menus until the forager arrived with the freshly picked crops of the day,” says Ditchfield. “He would take advantage of his vast network and have seafood, game, exotic proteins, not always associated with the South, and then add local ingredients to these.”

Creating exciting Southern dishes using a wide variety of produce — and letting diners share in the history and heritage — has become a powerful combination.