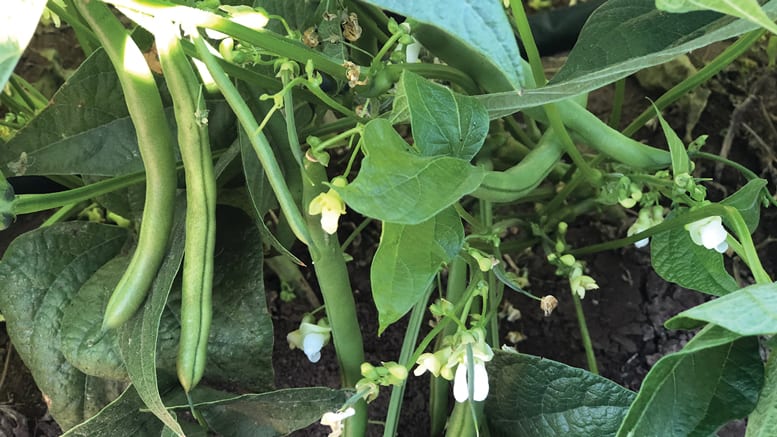 Continuing the discussion from December’s Part I article, industry experts call out expansion of seasonality as well as continued investment in protected ag and social responsibility as key trends for Mexico’s future. 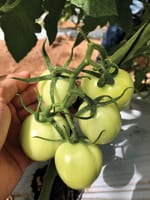 Over the past two decades, Mexico demonstrated significant advancement in production methods. The most notable trend in Mexico, according to Jerry Havel, director of sales and marketing for Fresh Farms in Nogales, AZ, is the stretching of seasons. “More and more companies offer product in mid-September and are going later each year,” he says. “Some producers of vegetables in Baja go all summer long; there are bell peppers in southern Mexico and grapes in April.”

Supply from Mexico remains crucial to retail produce, maintains Mike Melendrez, produce manager with Food King in Littlefield, TX, with 18 stores. “Mexican availability makes product more affordable for our customers and allows for a better price point,” he says. “Without Mexico, our nation wouldn’t really be able to fully supply our demand for produce.”

Innovation, according to Elvis Obregon, chief executive of Orbis Innovation in Produce of Pompano Beach, FL, is crucial for Mexico’s future. “To survive and prosper, it will be all about value-added, technology, eco-friendly, organic and flavor,” he says. “We are returning to a priority of eating quality and see buyers looking for higher brix and nutrient density.”

Longer windows of availability from Mexico influence future opportunity, asserts Christopher Ciruli, chief operating officer for Ciruli Brothers in Rio Rico, AZ. “Seasons will continue to expand to keep up with U.S. demand,” he says. “We are expanding our grower base into central Mexico to meet customer demand.” 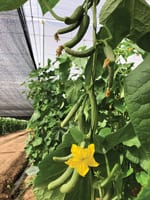 Mexico continues to be a world-leader in greenhouse growing, a trend that will continue, according to Allison Moore, vice president of Fresh Produce Association of the Americas (FPAA) in Nogales, AZ. “It helps maximize efficiencies in growing and harvesting high-quality produce,” she says.

Ciruli notes a significant amount of product is being grown in protected environments, resulting in benefits demanded by retail and consumers. “This provides price stability and consistent year-long supplies,” he says.

The Mexican protected horticulture industry is mainly comprised of the production of three products in a wide range of varieties, explains Alfredo Diaz Belmontes, chief executive of AMHPAC in Culiacan, Sinaloa, Mexico. “According to Mexico’s Secretary of Agriculture, in 2017 there were 25,764 hectares (63,664 acres) of protected horticulture in Mexico,” he says. “Of that production, 68 percent was in tomatoes, 15 percent in cucumbers, 14 percent in bell peppers, and the remaining 3 percent was mainly eggplants and hot peppers.”

Developments in hothouse production include expansion of variety, including tomatoes, explains Food King’s Melendrez. “We see an increase in specialty tomatoes at our stores and just started a line of new, unique tomatoes,” he says.

“Organics is a growing trend. We see greater consumer demand worldwide. Mexico is now the fifth- or sixth-largest producer of organics in the world.”

Organic production also continues upward in volume and variety. “Our organic program is growing 10 to 15 percent per year,” says Havel of Farm Fresh. “We’re expanding organic in almost all of our lines, and it’s customer-driven. All of Mexico’s benefits with respect to availability, volume and fair pricing translate to the organic offering, as well.”

Cohen reports Vision continues to expand and maintain a presence in organic. “We are folding in organic options,” he says. “We already offer organic lemons, and next year we plan on adding limes and mangos.”

Matt Mandel, vice president of operations for SunFed in Rio Rico, AZ, reports SunFed’s Perfect Organics program continues to increase in size and scope. “The offerings keep growing in volume as well as quantity of different pack styles/presentation, including our modified-atmosphere and modified-humidity packaging, to accommodate both novice and well-established programs,” he says.

Social responsibility and sustainability remain high on Mexico’s priority list, something increasingly demanded by retail customers. “We want to continue updating our best practices when it comes to growing programs and sustainability both in the United States and Mexico,” says Ciruli. “Consumers are more aware, and more retailers are demanding a commitment to growing sustainably and responsibly.”

Jeff Salchenberg, assistant category manager for produce at New Seasons Market in Portland, OR, with 20 stores in Oregon and Washington, explains suppliers bring storytelling to the retail setting. “These programs are very important to customers as well as staff,” he says. “We offer GROW bananas exclusively in our stores and send staff to Mexico yearly to visit the plantation and GROW operations to help educate and bring the stories back to our customers.”

The GROW program referenced by Salchenberg is the social responsibility initiative of Organics Unlimited in San Diego. “We are proud to say our program continues to expand every year,” says Mayra Velasquez de León, president and chief executive. “The program encompasses education, scholarships, visual, health and dental clinics, clean water programs and more.”

The Organically Grown Company in Portland, OR, a customer of Organics Unlimited, recently hosted a group of produce managers to visit growing regions in Colima, Mexico. The distribution company’s managers spent the week delivering books to schools, setting up libraries and visiting farms. “By engaging our supply network in this way, we are able to expand awareness of the great work happening in their growing regions. This information connects directly to the consumer from their produce manager and helps drive growth for this shopping bag staple,” says Tonya Quinn Sanchez, marketing communications manager.

Divine Flavor in Nogales, AZ, holds high its social commitment and envisions even greater future emphasis on such issues. “We expect to see an increase in awareness and a larger trend toward these items,” says Pedro Batiz, vice president of sales. “We’re committed to more than just the quality of our products … we’re committed to the quality of our work conditions and offering safe and beneficial working conditions to our growers and workers.”

Moving forward, Mandel points out SunFed’s continuing dedication and the need for unified standards for sustainable agriculture. “Whether we are eliminating food waste via better packaging, utilizing recyclable/compostable packaging more and more or conserving energy through various upgrades at our farms and facilities (LED lighting, solar energy production, cooling equipment efficiency upgrades), we must continue to conserve our natural resources to ensure we can continue doing what we do for generations to come,” he says. 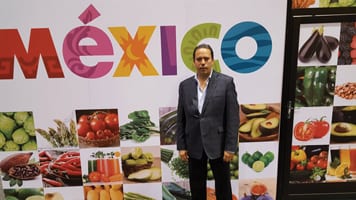 PB: What is the position of the produce industry to Mexico overall?
Vázquez: Agriculture, and particularly produce, is a crucial sector for Mexico. Our fruit and vegetable exports have been increasing during the past two decades. If you just look at growing area, in 1993 the growing area was only 8 percent of our harvest. Now it’s around 11 percent. Even though it only increased 3 percent, the value of those crops has increased around 12 percent.

PB: With this increase, what notable trends are you seeing in production?
Vázquez: Organics is a growing trend. We see greater consumer demand worldwide. Mexico is now the fifth- or sixth-largest producer of organics in the world. Our growers have been evolving their production methods to accommodate this new trend. Another trend we see is that of sales done by internet. We recently had a meeting with Amazon to see how they can participate in the fruit and vegetable sector in Mexico. It’s important to note that in all these trends, we are working to ensure not only access for big growers but also that small growers are incorporated.

PB: Do you think the move from NAFTA to the new trade agreement will change produce trade?
Vázquez: Because of our proximity to each other, the United States and Mexico and Canada will continue to be trade partners — with or without an agreement. It’s a matter of economics. For example, in the case of avocados, Mexico produces around 60 percent of the world’s production. In some regions, 99 percent of berries comes from Mexico. Even in strong ag states such as Florida, California and Texas, a lot of product is sourced from Mexico when those states can’t supply. We hope the new agreement brings everyone to the table and helps maintain a fair and efficient way of doing business.

PB: Are we finally over the stereotype of Mexican product and methods being inferior, unjust and unsafe?
Vázquez: We should be. Mexico has been building food safety and other standards, even higher than world standards for a long time now. Mexico’s products represent confidence, quality and reliability. We are selling to countries all over the world, including Japan — which has the highest standards. We are also on the forefront of social responsibility. … In fact, many Mexican farms are way ahead of U.S. farms in this area.

PB: What challenges do you foresee in the future?
Vázquez: One challenge is to figure out how we involve the small and medium producers for them to compete in international markets. We need economies of scale for them and a system for them to cooperate and work together. We will also be challenged in moving from being a volume producer to a value producer. For example, right now, avocado production is booming, but we only sell fresh avocados to the United States. We need to look at other value-added products, such as salsas, oil or extract so we can diversify our markets. Regardless, we are positive about the future of Mexico’s produce industry. We have a saying in Mexico, “You are what you eat, so all over the world everyone is becoming a little more Mexican.”