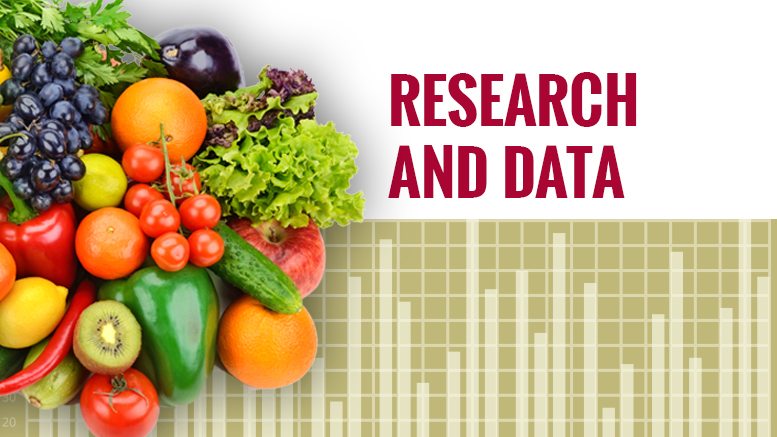 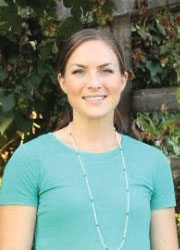 Inadequate consumption of fruits and vegetables is particularly concerning in children because significant growth and bone development occur during this time. Moreover, for many Americans, the dietary habits they develop as children continue throughout adulthood. Interventions during childhood — especially those related to parenting practices, which are related to children’s dietary behaviors — can be particularly effective at improving health over the course of a child’s lifetime.

Fruit and Vegetable Prescription (FVRx) programs are a relatively new intervention designed to increase children’s consumption of fruits and vegetables by changing the home food environment; that is, by reducing barriers to parents buying and consuming more fruits and vegetables.

Since their introduction in 2010, FVRx programs have only targeted low-income neighborhoods, and many of these programs limit enrollment to families with diet-related chronic disease risk. However, because national data show all socioeconomic groups would benefit from an intervention that increases fruit and vegetable consumption, community partners in central Wisconsin designed a FVRx pilot program that did not target a specific socioeconomic group. The goal of the pilot was to identify whether this design could positively impact fruit and vegetable (FV) purchasing and intake among families with children, regardless of socioeconomic or health status.

In 2015, two central Wisconsin communities, Stevens Point and Wausau, implemented and evaluated a social media- enhanced, low-subsidy fruit and vegetable prescription (FVRx) program to influence fruit and vegetable purchasing and consumption of families. Because families from all socioeconomic groups do not meet FV recommendations, our program did not specifically target low-income families. In partnership with community organizations and local healthcare providers, pediatricians provided families prescriptions with fruit and vegetable consumption recommendations, a $10 voucher for produce at the local farmers market, along with access to online support materials designed using the social cognitive theory to reduce barriers to fruit and vegetable consumption. The program ran 16 weeks during the farmers market season.

During the pilot program, 353 FVR’s, (prescriptions from the physician), were disseminated. These prescriptions were written during a well-child visit, so while it was for the child, it reached the whole family because everyone benefitted from the produce voucher. The average family size in the area was four, so it was estimated about 1,400 people were reached.

The results of the study showed 36 percent of families brought their FVRx to the farmers market and received tokens to spend on produce at the market, resulting in $1,215 spent on local produce. Ten percent of participating families had never visited a farmers market prior to the program, and 40 percent of participants reported engaging in the online educational material, including blogs on our website, Facebook messages and recipes on our Pinterest board.

Interestingly, those who reported engaging in the online educational materials reported lower scores in most of the behavioral categories, such as fruit and vegetable consumption, and availability and accessibility of fruits and vegetables in the home. This could indicate the reason they were more engaged is because they struggled with the behaviors associated with adequate fruit and vegetable consumption. One category in which these participants reported a higher score than non-engaged participants was their belief that if their child met the recommendations for fruits and vegetables, they would have a healthier weight.

For children of parents who participated in the program, there were significant pre- to post-program improvements in consumption — 18 percent and 28 percent increase, respectively. Parents also reported increased confidence that they could handle their child’s emotional response to dietary changes, and they reported their child’s preference for vegetables increased over the course of the 16-week program. However, parental behaviors surrounding FV purchasing did not change significantly.

The evaluation component of the program revealed some limitations of using the same standard FVRx program design for families of different socioeconomic statuses. The model for FVRx programs would benefit from further research on effective design components specific to the resources within the community offering the program. The implementation of this program, however, was significant in the development of relationships between community organizations and healthcare systems.

The 2015 FVRx pilot program accomplished the first step toward a larger plan for FVRx programs in central Wisconsin. With this program, a successful partnership was created with the local healthcare system, Aspirus, and critical lessons about how to better engage families from various socio-economic statuses were learned.

Going into year three of the program, the design has been modified to reach “low- risk” and “high-risk” families differently.

Ashley Chrisinger is an associate lecturer at the University of Wisconsin, Stevens Point, WI, and for Nutrition Care Systems, a Chicago-based organization working with long-term care facilities to develop good nutrition for patients. FVRx was her first community program and her thesis project for attaining a master’s degree in nutrition. She has since been working with local health coalitions to offer community programs that introduce children to all things fruits and vegetables, from gardening activities to cooking classes. ‬