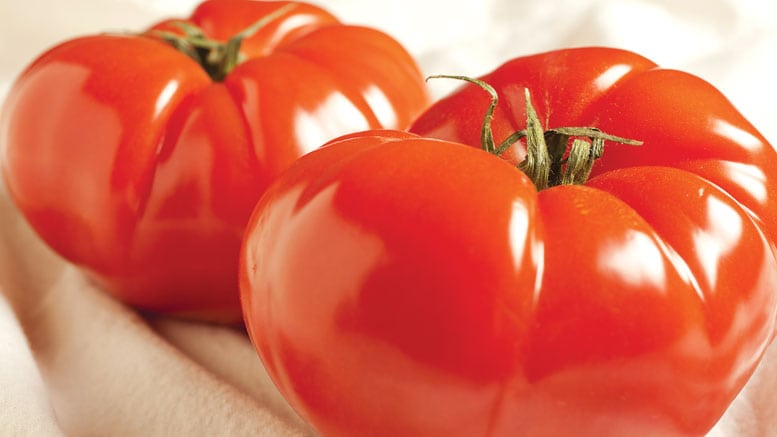 New Jersey is one of the largest producers of blueberries for fresh consumption in the United States and is also known for its peaches and beefsteak tomatoes. Additionally, the state produces excellent-quality lettuce and vegetables during the late spring, summer and early fall.

The state’s success might stem from its many diverse growing areas, says Tom Beaver, New Jersey Department of Agriculture’s director of markets and development. 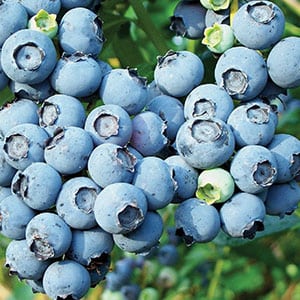 “Produce in New Jersey also tends to be more flavorful because it’s allowed to ripen longer since it is not being shipped across the country,” notes Beaver. “With four distinct seasons, Jersey growers have to adapt to fluctuating conditions. Growers utilize hoop houses, greenhouses and planting under plastic to fight off early spring’s chill and get a jumpstart on the season.”

New Jersey’s growing season typically begins in April with greens, lettuces and asparagus and continues into November with winter squash, potatoes, apples and other late-season crops.

“Besides the soil and climate advantages, we are close to the entire Northeast corridor. From Boston to Washington, DC, there is a big population.”

Beaver adds that in the two most recent reporting years, organic acreage in New Jersey has grown by about 20 percent from 2,628 to 3265 acres, with an expectation of continued growth.

“Besides the soil and climate advantages, we are close to the entire Northeast corridor — from Boston to Washington, DC, there is a big population,” he says.

Galletta says Atlantic Blueberry Co. is in the process of converting some acreage to organic blueberries and will have limited organic supplies in 2019.

Naturipe markets Atlantic Blueberry Co.’s blueberries using a Jersey Fresh logo, which are shipped throughout the United States, Canada and some European countries.

The Eastern Fresh Growers group’s tomatoes are grown in high tunnels, protected from the elements, which Sheppard says creates better flavor and quality of the product.

“Also, we pick the tomatoes on one day, and they will be on retail shelves the next day or two, so this helps maximize flavor and quality,” he says.

Sheppard Farms recently updated its packing facility with automated lines from Germany to increase efficiency and save costs with less labor.

Nardelli Bros. Inc. in Cedarville is a 120-year-old company that offers 120 produce items, including 80 core products such as cilantro, lettuce, cabbage, peppers, squash and cucumbers. “We’re big in the corn business during holidays and summer, as well,” says Bill Nardelli, president. This includes prepacked and tray-packed corn.

Nardelli says New Jersey is unique for growing produce because of the varied soil texture, from sandy loam to clay ground.

He says the company’s season begins with corn and watermelon and other fresh-fruit staples.

Nardelli says the increase in the consumption of greens because of their health benefits has been a positive trend for growers.

Also with more households having two working parents, there is an increased demand for grab-and-go products featuring fresh vegetables such as peppers and cucumbers.

“Cilantro also has grown by leaps and bounds in the past 20 years,” says Nardelli.

Variety peppers are popular too, as there are now more dishes on restaurant menus featuring different peppers that shoppers are mimicking in their home meals. 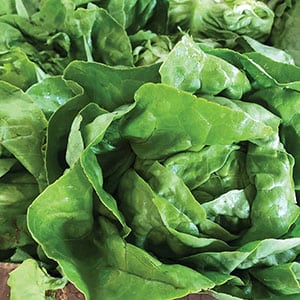 Nardelli says back in April, during the height of the Romaine lettuce recall due to Shiga toxin-producing E. coli O157:H7, the lettuce market was affected nationwide, including New Jersey.

However, he says, the New Jersey Department of Agriculture has been cooperative about offering growers information to give their workers about proper food safety and packing techniques.

“Most farmers found that following these common-sense practices is good for business,” says Nardelli.

Best practices include cleaning hands and gloves before handling produce, and mobile bathroom and handwashing stations in the fields during harvesting.

“We are the sheriff in town for food safety to protect the consumer and our own business, so it can continue for the next 120 years,” he notes.

Nardelli Bros. supplies bulk lettuce to packaging companies who process it for salad mixes, says Nardelli, which do a good job with food safety on their end, as well.

The group offered a crop update on April 5, saying a warmer than normal February and cool March likely led to an abundant crop of peach flowers, peaking with a full bloom in mid-April, which is historically normal, says Jerry Frecon, professor emeritus at Rutgers University, a retired area fruit agent in southern New Jersey and consultant for the NJPPC.

Recent statistics published by the National Peach Council estimate New Jersey growers are producing about 5,500 acres of peaches and nectarines and should harvest between 55 million and 60 million pounds of fruit in 2018.

“We are further removed from the possibility of frost and low temperature injury to developing peach flowers,” notes Frecon.

Santo John Maccherone, owner of Circle M Fruit Farms in Salem, NJ, and chair of the NJPPC, says 2017-18 in New Jersey was a cold winter like previous years, so there was no concern about lack of chilling in the state.

“My crop of flowers is heavy on all peach and nectarine varieties,” he says.

Maccherone says he expects to be picking and marketing his first peaches in late June and early July.

“We grow a full line of white and yellow fleshed peaches and nectarines plus flat peaches and oriental plums. It’s unusual, but everything has a full crop of flowers so far,” he says. “We are optimistic about our peach crop prospects for 2018.”

“We are in good shape with all of our trees pruned, new trees planted and anticipate a full crop of flowers,” he says. “We also grow a variety of vegetable crops, which gives us a hedge against financial loss in case we get some flower injury from lower temperatures, or other adverse weather that might reduce our peach crop.”

The Grassos expect to be marketing peaches from early July into September under the Top Crop label through the marketer Donio Inc. in Hammonton.

Lewis DeEugenio, owner of Summit City Farms and Winery near Glassboro, NJ, and president of Jersey Fruit Marketing Cooperative in Glassboro, says the company has expanded its peach and nectarine plantings and are optimistic about the abundant flowers, which will set up a full crop of peaches and nectarines

“We have a planting of the best new yellow-fleshed peaches and nectarines on our new farm near Monroeville, NJ, which will produce its first big crop this year,” he says. “We are always looking at new ways to market our Jersey Fruit label and this year have put in a new specialty pack line at Eastern Pro Pak in Glassboro that packs for us and other growers under the Jersey Fruit brand.”

Sunny Valley International in Glassboro projects it will start its peach season at the end of June or early July, says Robert Von Rohr, director of marketing.

“The excellent winter growing conditions offered plenty of chill hours and water,” he says. “It looks like an excellent crop so far.”

“Since New Jersey is near major cities such as Philadelphia; New York City; Washington, DC; and Boston, we are less than a 24-hour drive to ensure freshness and can pick at high maturity,” says Von Rohr, which he adds also is important to customers who value the sustainability of the produce they buy.

The company also ships produce as far south as Florida and north to the New England area and Eastern Canada, and on the east side of the Mississippi River.

Throughout the summer months, New Jersey offers a full range of fruits and vegetables, and continues to see an ever-growing demand from retailers and foodservice professionals for “locally grown” product. In New Jersey, the Jersey Fresh brand means it’s locally grown.

The New Jersey Department of Agriculture’s (NJDA’s) Division of Marketing and Development administers the Jersey Fresh marketing program that communicates the benefits of New Jersey-grown fruits and vegetables to retailers, consumers, restaurateurs and other industry professionals, says Tom Beaver, director of markets and development. 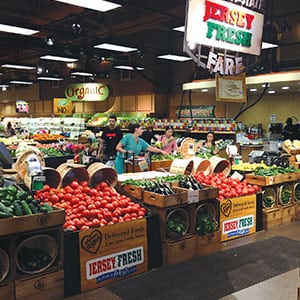 This message is communicated through a diverse mix of media including outdoor, trade and consumer print, point-of-purchase materials, social and online media, and radio. Department staff also attend and man booths at tradeshows throughout the country to reach buyers on many fronts.

“Every year, the NJDA prepares and executes a branding and marketing campaign for Jersey Fresh,” he says.

“We have a good following of chain stores, and more fast food chains are sourcing local produce,” he says. “For example, Subway sells New Jersey cucumbers and bell peppers in volume.”

“For example, they will feature asparagus on-ad, and we will promise them volume and price to support the promotion,” notes Sheppard.

“People vacation on the Jersey Shore from Boston, New York and Pennsylvania,” he says. “They see fresh vegetables on their drives into the state in the open spaces of New Jersey. The state government does a good job at preserving farmland. Customers like the feel and concept of locally grown.”

“Leafy greens also do well in the spring; tomatoes, eggplant, peppers, squash and blueberries do well in the summer; and squash has good sales in the fall,” he says. “The organic program has also gained steam each year.”