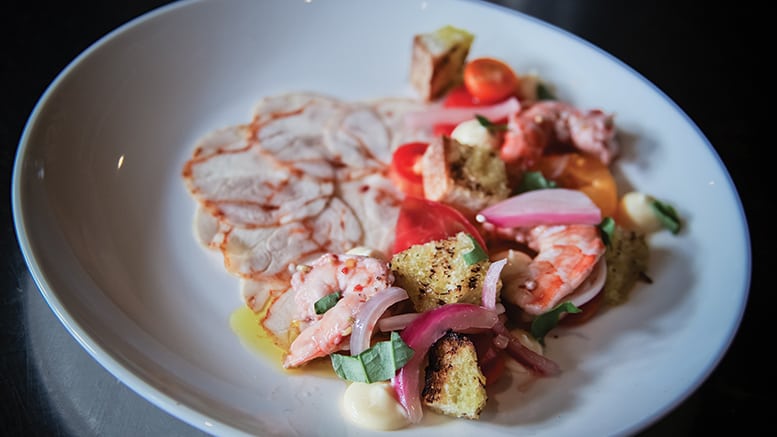 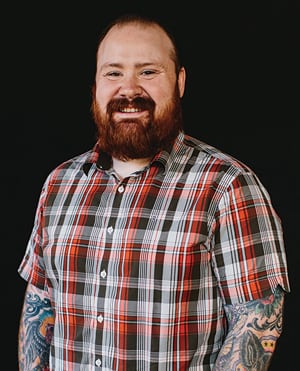 East of Atlanta’s downtown in the Glenwood Park neighborhood is Gunshow, a unique restaurant that serves a limited number of dishes to diners through restricted hours. The meals offer a rare dining experience that includes local, fresh, organic and sustainable ingredients.

Gunshow, which famed Atlanta chef Kevin Gillespie launched in 2013, is only open 6 p.m. to 9 p.m. Tuesdays through Saturdays. Gillespie, owner and president of Red Beard Restaurants, combined Brazilian churrascaria-style dining and Chinese dim sum to create a menu that offers a daring and unique take on the traditional dining experience.

Each night, Gunshow features 16 different dishes, with half changing daily. Instead of ordering from a menu, diners choose food in a la carte pricing as it is delivered on rolling carts and trays from chefs who conceptualized and created the dishes.

Chefs tell patrons about the food. The diner-chef interaction provides consumers a direct connection and an extra level of connectivity to the chef and food. “People think of places like California being the only true year-round area, but one of the greatest things about cooking in the state of Georgia is the fresh, high-quality produce available pretty much year-round,” says Gillespie. Though there are some seasonal exclusions, Atlanta chefs can locate a variety of crops, including leafy greens, arugula, root vegetables, beans and peas throughout the year, with the heartier items dominating winter offerings.

Gillespie likes to use fresh, organic and sustainable ingredients in his dishes. A key to culinary creativity is remembering to remain seasonal with one’s offerings as well as embracing the fact crops go away and return later. Gillespie likes to celebrate products when they’re in-season and looks forward to them returning later. When he lived in Portland, OR, he noticed many there took the region’s fresh and amazing salmon for granted, a meat highly valued elsewhere. People often grow tired of products available year-round and don’t hold them in quite as high-esteem.

In the past, chefs focused on technique and pulled product from wherever needed. Although chefs understand technique is important, there has been in recent years a shift to chefs wanting to treat the product in the best ways possible. If a dish’s ingredients can originate from their backyard, it will yield a better result and therefore, local plays a larger role in a chefs’ strategy. People look for local and seasonal ingredients more, says Gillespie. “It pushes the demand for a chef to embrace it,” he says. 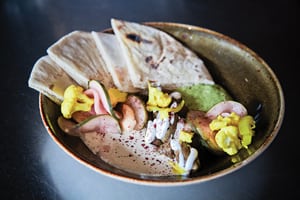 At Gunshow, the restaurant only seats 65-70 guests who dine on the seasonally and locally focused culinary creations. Revival, Gillespie’s second restaurant that opened in 2015 in nearby Decatur, GA, offers a fresh perspective on the traditional Sunday family dinner. Its menu features farm-raised and artisan-prepared ingredients.

Atlanta always has viewed itself as a cultural leader in the South. Today, it views itself more as a national cultural leader. “Atlanta is a very interesting cosmopolitan city of the world,” says Gillespie. “Gunshow cuisines are very reflective of that, the way it changes and draws inspiration from so many sectors.” Chefs used to move to New York, Chicago or Los Angeles but now want to cook in Atlanta, work for others or run their own places. “Atlanta is seeing more growth than ever in its culinary scene,” says Gillespie. “We are seeing more people relocate to Atlanta.”

Gillespie named his restaurant in honor of his family. His father worked every day. On the rare Sunday afternoon when he wasn’t working, Gillespie and his father would visit a gun show.

A famed chef, Gillespie has won numerous awards, including being a “Top Chef” contender and voted as fan favorite. In 2016, he was a finalist for the James Beard Foundation’s Best Chef: Southeast and was a semifinalist for Beard’s Rising Star Chef of the Year two years running.

It’s important people realize Atlanta is a true culinary landmark, says Gillespie. “It’s only getting bigger and not slowing anytime soon,” he says. “When people look toward places with great food, Atlanta is certainly in that national conversation. For the first time in my career, people are saying they’re proud to cook in Atlanta. It’s pretty special.”