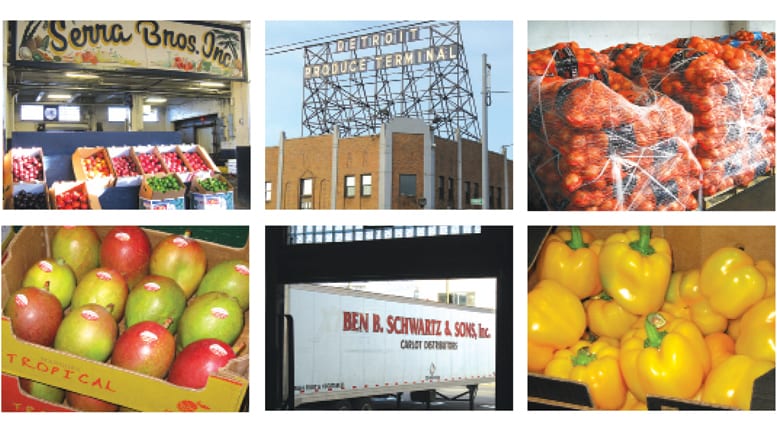 Uptick in economy bodes well for the future of produce terminal market.

As Detroit enjoys its renewal at the hands of its loyal sons (executives from companies such as Ford Motor Company and Quicken Loans are investing millions to improve the city), another band of dedicated sons sits at the Detroit Produce Terminal on West Fort Street. For 90 years, the terminal has been the place where produce businesses, and the families who operate them, provide produce for the city. 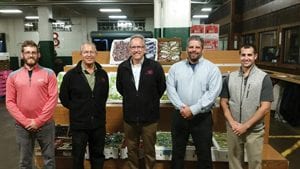 “The Detroit area has had its ups and downs,” says Jeffrey Abrash, who represents the fourth generation at Andrews Brothers’ Inc. “In 2008, we were hit hard, but Detroit is definitely seeing a resurgence in the economic climate. There’s a more positive environment and an uptick in the economic climate, which means more opportunity for retailers and restaurants.”

Many of the wholesalers – long-time occupants at the Produce Terminal – represent the third and fourth generations within the family business. 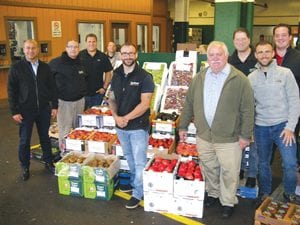 Dominic Russo, salesman for Rocky Produce, grew up at the market. “I always came to work with my dad when I was a kid. I would be upset if he didn’t take me to work.” Rocky Sr. started Rocky Produce in the Eastern Market in 1957 with his brother Dominic (the younger Dominic’s grandfather). In the mid-1970s, Rocky Produce moved to the Detroit Produce Market.

“We know the generations before us had challenges, and we appreciate that they persevered,” says Russo, who represents Rocky Produce’s fourth generation. Dominic’s great-grandfather, Jack Russo, came to Detroit from Sicily and made a living peddling produce in Detroit. “The family remained in business throughout the generations, and we’ve built up a great business we’re proud of,” he says.

Even for those not related by blood — who spend their days together beginning early in the morning — working on the terminal makes them feel like one big family.

“Everyone who works here is like family,” says Abrash. “We have a great team of energetic people and dedicated professionals at the market.”

The produce market, going back to 1929, is home to seven produce companies. The layout of the 168,000-square-foot facility is very similar to the larger Ontario food terminal in Toronto.

The terminal’s tenants formed a market collective in the 1990s, later transitioning to a private, third-party property management firm, the Farbman Group, in 2003. The terminal’s maintenance supervisor, Farbman’s Bill Tallenger, takes care of the day-to-day issues. “With someone else handling the maintenance of the building, it took a big responsibility off our plate,” says Abrash.

“All of the tenants agree that competition is good,” says Tallenger. “Competition drives the place. The buyer has the advantage when all of the wholesalers are competing. There are no secrets down on the floor because word travels. It used to be each wholesaler sold one commodity. Now everyone has everything.”

Gaspare Vitale, buyer for Vince & Joe’s markets in Shelby Township and Clinton Township, can be found six days a week at the produce terminal. Daily, he can buy produce from seven different companies in one trip. “I buy from these suppliers all year-round,” says Vitale. “By arriving in the wee hours of the morning, I’m able to purchase the first choice of the best produce.”

Since Detroit’s growing season is short, Vitale takes advantage in the summer months by buying produce from local farmers. “Our locally sourced produce in Michigan is second to none.”

From Perishable To Profit

“Our task is to turn perishable products into money,” says Abrash. “We source the best available produce and supply the freshest fruits and vegetables from around the world and pass that on to our customer base – buyers in retail and foodservice. Most people doing business at a terminal market, whether they are in Philadelphia, Boston or Toronto, face much of the same challenges.” 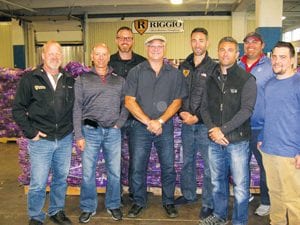 There are many challenges in the wholesale business in general, including transportation regulations, says Dominic Riggio of Riggio Distribution Company. “Obviously, being located in Detroit, we have a need to ship product in from growing areas thousands of miles away. This has been the case forever, but the logistics have gotten a lot more challenging.”

Staying up-to-date is also important, says Riggio. “Current and ongoing innovations have come from software and our ability to incorporate technology into the wholesale business,” he says. “We have developed custom software that has changed the way we do business, increased our efficiency, accuracy and overall controls in our operations. Upgrading our business operations has not only benefited us but our suppliers too. Customers are seeing significant benefits as well.” 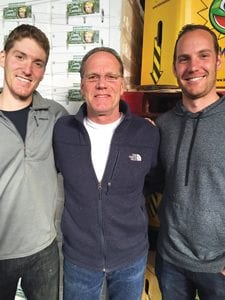 Lithuanian immigrant Ben B. Schwartz founded his namesake company in 1906 after moving to Detroit with his wife. They started a wholesale business in an area called Cadillac Square but soon found out about a space in the terminal market. Back then, produce came in through rail, and trains had to stop for ice along the way. Ben B. was one of the first tenants at the market. Eventually his sons, Barney and Sam, took over.

Today, the fourth generation is onboard. Jake and Drew Billmeyer are the sons of Chris Billmeyer and Janice Schwartz, Barney’s daughter and Ben’s granddaughter.

Beginning fresh out of college, the Billmeyer boys have “grown the business wildly,” says Nate Stone, who handles special projects for the company, also on the market. “They told their dad, ‘We can really make this a lot bigger,’ and they have.”

Stone, who is not related to the Schwartz family, has always felt like kin. Stone’s son, Kyle, took over his father’s position as chief operating officer. “The Ben B. family has been so good to me,” says Stone. “They treat me like family, so I was confident my son would do well there, too.”

Stone is impressed with the number of high-end retail markets in Detroit, especially on the East Side. “It’s a retail-rich environment, so shoppers have plenty of choices and there is not a bad one in the bunch. The independent retailers are so competitive, and people love to shop at the smaller stores,” he says.

Growing up in produce wholesale, Dominic Riggio and his brothers Phil and Vince, learned the importance of maintaining relationships. “Our product is grown, packed and shipped by others,” says Riggio. “It is also sold to the end users by others. To say we value our supplier and customer relationships is an understatement; we know our business depends on them.”

Ranging in age from early 30s to early 40s, the Riggio brothers say they fall in between generations. They learned the business from their father, Phil Sr., and their Sicilian grandfather, who peddled produce. At the same time, “we are staying in touch with the younger generation of buyers, suppliers and employees,” says Dominic Riggio, who shares a passion for the business with his brothers. “It has been very valuable for us to have been rooted in the fundamentals of the previous generation, while relating and adapting with the new generation in our industry.”

Pat Hughes is an owner and produce buyer with Trentwood Farms, a neighborhood retailer with locations in Southgate, MI, and Woodhaven, MI, started by his father in 1981. Hughes started working there in 1983. “Getting the best price at the wholesale level means we make a profit, but it’s all geared toward passing the savings onto the customer.”

Hughes comes to the market an average of five days a week, from midnight to 1 p.m. Sometimes he’s there all week. “We pick out produce, aggressively merchandise it and then come back again tomorrow. It makes the relationship we have with the wholesaler so important. Our business is based on relationships. It has to be. The trust factor goes a long way.”

Vitale, of Vince & Joe’s, won’t settle. “I fight for the best prices, which we pass to our customers every day of the year. We’ve been purchasing produce with the Detroit Produce Terminal for the last 35 years, so our suppliers know we expect the best quality for our stores and customers.”

Even at nearly 90 years old, the Detroit Produce Market is relatively young compared to the Eastern Market, which opened in 1891. A regional food hub, Eastern Market is the largest open-air wholesale and retail market in the United States.

About six miles northeast of the wholesalers at the Detroit Produce Market is Maceri Produce. Anthony Maceri, owner and president of Maceri Produce, has an office and warehouse across from Eastern Market.

Like so many produce wholesalers, Maceri’s grandfather began as a peddler. “He had a blind horse named Scotty who would pull his wagon selling fruit and vegetables, house-to-house.” Maceri’s sons work with him, representing the company’s fourth generation.

Retailers are trying to please customers, who now expect everything, says Maceri. “Wholesalers used to have specialties, but now everyone stocks everything. We are full-line. Retail customers want local, they expect everything. They are much harder to serve. If something is not in season, you have to find it.”

Ben B. is rising to that challenge. “Everybody is eating more produce,” says Stone. “If you survived the fast food era, then you can survive today. The Food Network has had an effect on exotic and tropical products. A few years ago, no one knew what a dragonfruit was. Now people expect quite a bit of ethnic diversity, and that is good for the produce business too. We carry everything. Ben B. certainly isn’t going away, I can tell you that. I would not be surprised to see a fifth generation.”