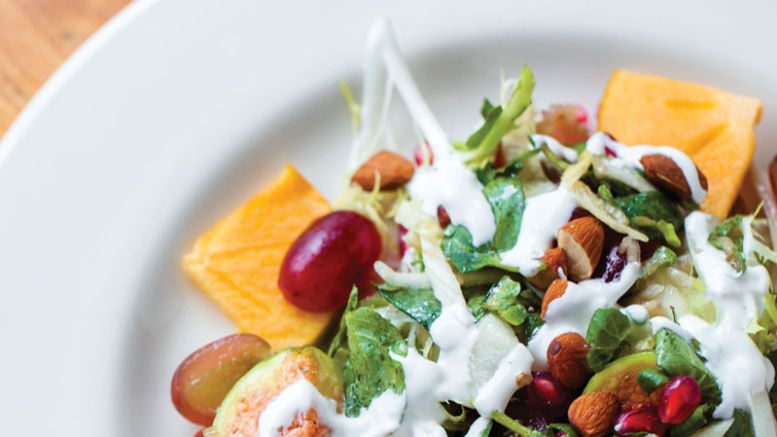 Seasonal and local are celebrated and preferred by clientele.

Unique seasonal produce from nearby farms is the foundation on which Hayes Street Grill builds much of its menu. “A lot of our produce is very particular to the farmers who grow it, and a lot of these items are simply not available any place else — like fresh, sweet green peas, young favas, green garlic, Cara Cara oranges and kumquats,” says Patty Unterman, chef and owner of the Hayes Street Grill. “Yes, we are always looking for special produce from our farmers.” Buying local is popular everywhere, but in this San Francisco Bay Area restaurant, cuisine is uniquely wedded to the diverse harvest from Sacramento, Salinas and Pajaro Valley farms that are two hours or less from the cities. 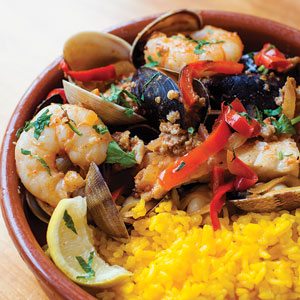 “Our customers seem to enjoy the purity and simplicity of our local ingredient-driven food,” says Unterman. “We celebrate Sacramento Delta asparagus when it comes in late February, and we stop serving it when the harvest ends in May. So people wait all year to get this exceptionally sweet and juicy local asparagus. The same process happens with local apricots, chicories, tomatoes and artichokes. When they come in, we make dishes based on those items, and people are hungry for them because they haven’t tasted them.”

Tombari understands what the restaurants want because Cooks was born out of the frustration from not getting high-quality produce for a restaurant business.

“We started in the restaurant business and couldn’t get good produce,” says Tombari. “Our restaurant closed in 1987, and we’ve been doing this [wholesale business] for 31 years. We have 200 to 300 farmers who come to us with their best seasonal produce, and we sell to about 500 to 600 restaurants a day, six days a week.”

All of those 500-plus restaurants are within a fairly small area as the Cooks’ trucks only go as far east as Walnut Creek, as far south as Los Altos (both well under an hour away) and north to Calistoga in nearby Napa County.

“We have six coolers, and two of them are exclusively organic,” says Tombari. “This is the Bay Area, and people feel organic is better. This time of year, people have a love affair with chicories. We sell Savoy baby spinach, a curly leaf variety that we sell organically. We sell Page Mandarins and Mandarinquats. We sell [lots of] exotic varieties.”

Some restaurants, however, do not need delivery because they are so close to a uniquely San Francisco produce institution. The Ferry Plaza Farmers Market is home to more than 100 area farmers and artisan cheese makers, bakers, olive oil pressers, and other high-end food producers. The Market, which is open three days a week, is run by the Center for Urban Education about Sustainable Agriculture as part of a campaign to connect city residents with nearby family, mostly organic, farmers.

“Our whole menu is based on what I personally buy directly from farmers two times a week at our Ferry Plaza Farmers market supplemented by direct delivery two times a week from [Watsonville, CA-based] Mariquita Farm,” says Unterman. “They email us a produce list, and we order two days in advance. We also buy from Pomponio farm. They also deliver.”

A very large majority of the produce that forms the backbone of the menu at the Hayes Street Grill comes from this familiar group of nearby farmers.

“I’d say 80 percent of all our produce comes directly from the farmers I mentioned,” says Unterman. “The rest comes from Greenleaf Produce in San Francisco, a company that started at about the same time that we opened Hayes Street Grill, 37 years ago.”

Unterman was among the people who envisioned and created the unique Ferry Plaza Market that connects San Francisco restaurants and nearby farmers.

“It was post 1989 Loma Prieta earthquake, and the city was dead,” recalls Unterman. “Because of the earthquake, a double-decker freeway that ran along 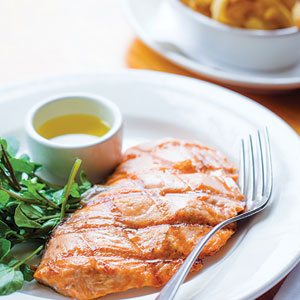 the Embarcadero had to be demolished, freeing up a big space in the middle of the Embarcadero in front of the Ferry Building. A group of us headed by Sibella Kraus [president of Berkeley, CA-based Sustainable Agriculture Education] thought we should put a farmers market there with the idea of linking urban restaurants directly with local farmers and regular buyers as well. But the success of the Market was the urban-rural linkage with San Francisco chefs.”

This intimate relationship with the most productive and diverse fruit and vegetable region in the country goes a long way toward defining San Francisco Bay Area cuisine.

“San Francisco built much of its culinary reputation from having amazing access to local produce,” says Borden from the Golden Gate Restaurant Association. “The success of our Ferry Plaza’s Farmers Market is in large part because restaurants source their products from those participating local farmers. Most chefs prefer to source locally and have relationships directly with local farmers.”

The relationship is often very direct, with restaurateurs discussing the menu with farmers before they plant.

“Restaurateurs generally work directly with farmers to ensure they have the supply of specialty crops they need,” says Borden. “There are so many items of greater or new popularity: various types of micro greens, heirloom beans and tomatoes, exotic mushrooms, Meyer lemons, Shishito peppers, sunchokes, French breakfast radishes, rainbow carrots and potatoes, persimmons and kumquats, delicata squash, Asian spices (like ginger), turmeric and lemongrass. Local farmers expanded their offerings, changed their crops of focus, and/or new specialty farms have emerged.”

The menu at many San Francisco restaurants varies with the produce that is in season locally. “San Francisco’s restaurant scene is very seasonally driven, so many restaurant menus only feature what’s in season,” says Borden. “Restaurants here believe good food comes from quality ingredients, which means working with produce when it’s in its prime, rather than serving tomatoes just because people like tomatoes.”

Change is the only constant when it comes to the produce in vogue at San Francisco restaurants.

“Many restaurants are looking for different products than a decade ago,” says Leong. “The food industry is very trendy, especially here in San Francisco. Chefs are always looking to do something different to compete with other restaurants.” Hayes Street built a regular clientele of patrons of the extensive local arts scene who want to enjoy meals built around produce harvested from nearby farms.

“I’d say 80 percent of our customers are local regulars who come to Hayes Street Grill before performances at the opera house, Davies Symphony Hall, SFJazz Center — and a number of other theaters in our neighborhood,” says Unterman. “We also get locals who live nearby and all sorts of people who work in the Civic Center.”

Unterman advises calling early before dining at one of the many generally small restaurants in the area. “Go to our fantastic local restaurants of which we have so many that are truly brilliant and use tons of fresh produce,” she says. “But, you should reserve ahead, because so many are small and very busy.”