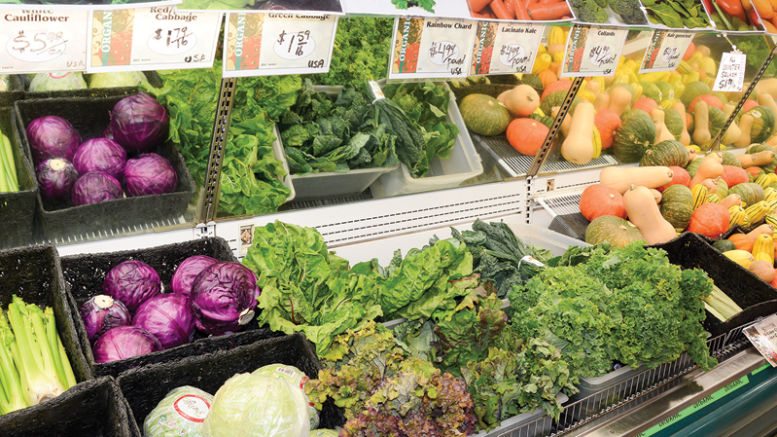 All Photography by Dean Barnes

The co-op stays relevant by tapping into mainstream health and wellness trend embraced by everyone.

The colorful psychedelic farm scene painted on a banner-sized sign at the entrance of the Sevananda Natural Foods Market in Atlanta is reminiscent of a 1970s-era Peter Max painting. True to its origins, this single store, which is one of the largest consumer-owned natural foods co-operatives in the southeastern United States, was founded in 1974. 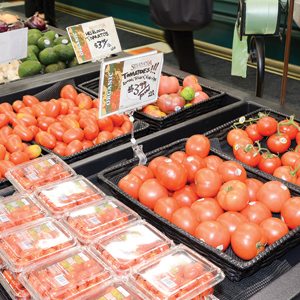 The retailer’s mission is to help members buy natural foods at bulk prices. In the mid-70s, natural foods “fed” a niche demand — primarily by the Flower Power generation. Today, Sevananda stays relevant and successful by tapping into the mainstream health and wellness trend embraced by everyone from Baby Boomers to Millennials. Nowhere is this evident more than in the produce department where organic, locally grown and no-GMO describes the bulk of offerings.

Sevananda is located in the Little Five Points district less than 3 miles east of Atlanta’s downtown center. In the 1960s, Little Five Points fell into hard times when a proposed freeway, with a route planned to cut right through the district, drove many residents away. Gentrification started in the early 1970s when a melting pot of Bohemian folks moved in, commenced renovation and restoration, and turned Little Five Points into the East Coast equivalent of San Francisco’s Haight-Ashbury district. This is the community in which the Sevananda Natural Foods Market opened and now operates.

Sevananda is owned by more than 4,000 members who live in Atlanta and its surrounding cities. Member-owners purchase an equity share of the business by investing a total of $120, which is payable in annual installments of $20 over six years. This fee entitles them to several discounts such as a quarterly 10 percent off shopping trip and free benefits like entry to store events such as guest speakers and access to a wealth of holistic health educational information.

Non-members are welcome to shop here too. Many do because the co-op has a strict sourcing policy, and customers can be sure of getting foods that are truly organic. In fact, the store employees say the co-op’s product sourcing policy is more stringent than national natural food chains such as Whole Foods Market and Trader Joe’s.

There is a food-integrity-oriented FoodWatch program, which is led by the in-store education department, to alert staff to ingredient changes as well as legislative changes in food security and safety issues, so the staff can pass this information to customers.

A few of the signature items known by regular shoppers is local turmeric root and ginger root that the retailer buys from an organic farm. “It’s local and organic, and that’s what people love,” says produce staffer Christopher Smarr. “Customers also come in and ask for GingerVyne juice. It’s made locally here in Georgia by a company called GingerVyne. Customers come into the produce department and ask for it by name.”

The Sevananda staff makes a huge effort via marketing vehicles such as the store’s quarterly newsletter and shelf-level signage identifying items (for example, gluten-free, dairy-free or Fair Trade) to fully disclose information about products.

“Every Saturday and Sunday we’ll demo something,” says Smarr. “For example, we had the folks from the GingerVyne company in and they sampled for three to four hours. Customers like it because they can put a face to a product and ask questions. It’s a family business. This definitely impacts sales. Even when the store does its Wellness Fair in the vitamin section, our demo cooks and chefs will usually set up raw food dishes for sampling in produce, since many of the ingredients come from our department. It’s a great way to cross-merchandise.” 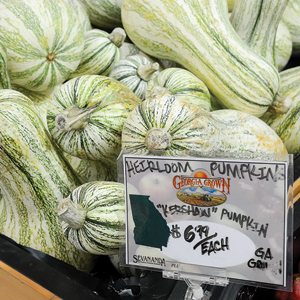 Customer service is such that produce employees can tell you what farm local produce comes from (which is also listed on display signage).

Sevananda centers around the overarching goal of sourcing high-quality natural foods. Preference is given to local producers, suppliers, growers and further afield to those companies, and even countries, that uphold human rights, non-exploitive business practices and environmental health. It’s a business practice that has become more challenging due to an increase in competition.

Once produce is received, preventative measures are taken to avoid cross-contamination; for example, keeping each item in its respective boxes on racks in a 20 by 20-square-foot cooler designated for produce.

Sevananda is approximately 10,000-square-feet in size. One tenth (or 1,000-square-feet) on average is devoted to fresh produce; however, this can vary depending on space used for movable displays, watermelon bins and case stacks.

Produce represents about 10 to 20 percent of the store’s total sales. On average, there are 200 to 250 produce SKUs. The Top 5 selling items in this group are avocados, bananas, clamshell salads, apples, grapes/melons. For off-season items, the store buys produce from Swedesboro, NJ-based Albert’s Organics and Atlanta-based Royal Food Service.

Fresh-cuts number 15 to 20 total. This includes fruit cut in-house for fruit cups, clamshell-packed salads, loose mushrooms and herbs (such as basil and cilantro). Some 95 percent of sales are from fruits and vegetables that are USDA-Certified organic. Many of these items are also locally grown. In fact, Sevananda let customers know in December via its Facebook page that carrots and beets from Stockbridge, GA-based Mayflor Farms were available in-store.

Mayflor is a Certified Naturally Grown (CNG) farm. The CNG accreditation, administered by a same-named nonprofit organization based in Bronx, NY, was founded in 2002 as a simpler, cheaper alternative to the USDA’s National Organic Program.

Sevananda buys from a number of other nearby Georgia farms such as Georgia’s Finest Organic Farms, Crystal Organic Farm and Rise and Shine Organic Farm. The co-op also purchases from Atlanta-headquartered PodPonics, which cultivates a variety of lettuces and other produce items. At Sevananda, 20 percent (or between 15 to 30 SKUs) of produce — depending on the season — is locally-grown.

Customer service is such that the trio of produce employees can tell you what farm local produce comes from (which is also listed on display signage) and they can share their personal experience from visiting each farm. In addition to the customer interaction, the Sevananda team finds ways to attract an assortment of shoppers.

“We have local persimmons,” says Smarr. “They’re an odd fruit. We have a guy who does demos. Kids are really fascinated with persimmons because of their color and uniqueness. They can’t tell if they’re a tomato or apple. It’s a good example of how we reach out to kids. “We also carry kosher Medjool dates. We have a lot of customers from Israel and they come in to buy these for cooking and baking.”

Fresh produce as well as other store offerings are promoted in several ways. There are Manager Specials for members and non-members that include new items that run every other week. Weekly Specials include non-advertised price discounts that run from Wednesday to Tuesday. There are also Member Advantage Deals as well as co-op deals.

Sevananda Natural Foods Market is also part of the National Co-op Grocers Association, and as part of this alliance, the retailer offers bi-monthly fliers and coupon books available for pick up in the store.

Beyond produce, Sevananda features grocery and deli departments. Grocery items include bulk foods ranging from candies to cereals. Almond and peanut butter are ground to order. What you won’t find are meat, fish, beer, wines and liquor. In the deli, there’s a vegan bakery where the menu includes cakes, cheesecakes, breads and desserts. There’s a large salad bar in the deli as well as a vegetarian and vegan hot bar stocked with in-house prepared dishes, such as scrambled tofu and vegan cheese grits for breakfast.

Sevananda not only prides itself in serving the community but supporting it too. The “Be The Change Program” encourages shoppers to contribute to a local nonprofit either by donating a specific amount of money or rounding the purchase cost up to the nearest dollar.

Twelve nonprofits — selected by the co-op members and showcased each month of the year — benefit from this charitable program. One of these, for example, the Lake Claire Community Land Trust, teaches kids and adults about the environment and growing food through regular shows and workshops. It’s a give-back that goes full circle by encouraging the next generation of natural foods and fresh produce shoppers.