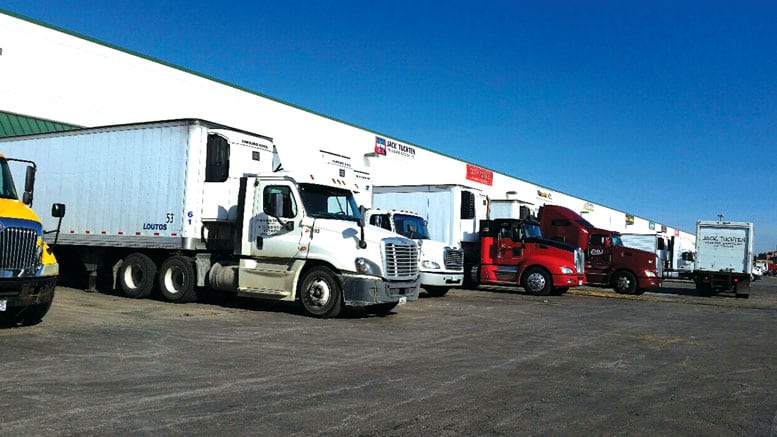 Centrally located in the United States, Chicago is the largest city in the Midwest. According to the Chicagoland Chamber of Commerce, the metro area has more than 9.5 million people, with the population of the city proper at more than 2.l7 million.

Chicago is particularly known for its diversity. The Chicago Cultural Center reports residents comprise dozens of ethnic groups, with more than a hundred languages spoken and notes how restaurants and markets that reflect different ethnicities fill its many neighborhoods.

Chicago also represents discerning consumers. “Chicagoans are informed,” says Vanessa Dremonas, executive officer for Pete’s Fresh Market in Chicago, with 12 stores. “They know about international produce and want to try recipes with products such as guanabana, tindora and jackfruit. And, it’s not just first- or second-generation immigrants, either. Several of our stores are in emerging ‘hipster’ parts of the city.” 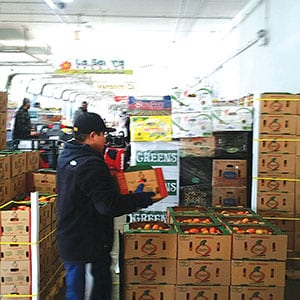 The diversity and knowledge of Chicago’s consumers make for a varied retail environment. “Chicago has a wide variety of stores from independents to major chains,” says Bill Dietz Jr., president of Heartland Produce, an independent wholesaler in Kenosha, WI. “The retailers in Chicago are all very aggressive in going after market share. It’s very good for the consumer.”

According Tampa, FL-based The Chain Store Guide, Albertsons accounts for 22 percent of market share with its Jewel-Osco banner. Big box retailers Walmart, Costco and Sam’s Club hold the next slots with 12.2, 10.5 and 6.3 percent, respectively. With a little more than 5 percent of the marketplace come Roundy’s, with its Mariano’s and Pick ‘n Save stores, as well as Meijer. More focused stores such as Aldi, Whole Foods, Trader Joe’s and dollar stores hold a smaller percentage of the market. And, there are dozens of independents each claiming close to half a percent, including notable fresh-focused operations such as Pete’s and Sam’s Farmers Market.

Dremonas says Chicago’s very competitive landscape only makes retailers better. “We push each other to set the bar high and to provide the best for our customers,” she says. “Chicago has always been a strong market for independent retailers, which adds a level of customization and personalization for the neighborhoods we serve. Without a large corporate engine driving decisions based on the needs of a national brand, Pete’s Market is better equipped to pivot and adapt to the individual demands and needs of each unique location.”

Produce is considered a major driver for retail success. “Most stores feature produce,” says Dietz. “They display it up front as soon as you walk in.”

Dremonas emphasizes produce is the heart and soul of Pete’s business. “Regardless of each location’s unique demographics and clientele, each of our produce departments is large, bountiful and exciting,” she says. “The Chicago metropolis is a melting pot of diverse ethnicities, and it’s inspiring how one single fruit or vegetable can have so many different expressions.”

Diversity and produce are inter-related in Chicago’s retail environment. “A lot of independent stores are thriving by building in and catering to a specific ethnic neighborhood,” says Dietz.

Tommy Durante, a salesman and purchaser at Panama Banana on the Chicago International Produce Market, reports Hispanic independents are experiencing growth. “Many have gone from one or two stores to 15 now,” he says. “We are finding more emphasis and growth in ethnic and diverse items and stores.”

In addition to ethnic-focused stores, formats targeting specific neighborhoods or lifestyles also exhibit success. “Targeted chains or neighborhood stores catering to a specific need, such as Mariano’s, are doing well,” says TJ Fleming, vice president of Strube Celery and Vegetable Company. “People want items they are comfortable with, and you can’t find that at big box stores.” 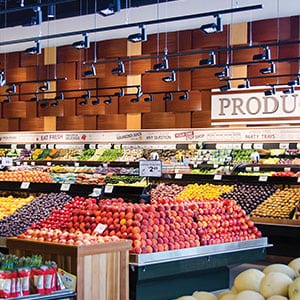 The Chicago restaurant scene is as hot as ever, enjoying more than 7,300 restaurants according to the Chicagoland Chamber of Commerce. Though the city boasts world renowned, high-end formats and hip chains, its thousands of lesser-known restaurants cater to the heart and soul of its diverse population. “Chicago’s restaurant scene is unique not just for its size and global prominence, but also for its diversity,” says Jack Lavin, president and chief executive of Chicagoland Chamber of Commerce. “You will find every kind of food here, inspired by the diversity of the city’s culture and neighborhoods.”

Lavin further points out Conde Nast Traveler named Chicago The Best Restaurant City in America and Bon Appetit magazine named it the 2017 Restaurant City of the Year. “Our food is a big part of what makes Chicago a great place to live and work,” he says.

Similar to the retail environment, Chicago’s restaurant business is very competitive, according to Heartland’s Dietz. “There are always plenty of new restaurants opening up and turning over,” he says.

Chicago’s diversity is further reflected in what foodservice demands from purveyors. “The restaurant sector shows particular demand for diverse products and ethnic items,” says Durante. “There are many more specific-nationality restaurants opening in Chicago. We also see stability in high-end restaurants. Chicago’s suburbs, for example, are getting more steakhouses. This, in general, pushes a trend for foodservice to seek out more high-end and unusual items.”

The increase in Latin fusion restaurants means more interest in products from suppliers such as La Hacienda. “We are starting to pick up more restaurants in downtown Chicago,” says Adolfo Vega, Jr., president. “They incorporate a lot more types of produce you normally don’t see on a typical menu — a promising trend for us since they turn to us for those products.”