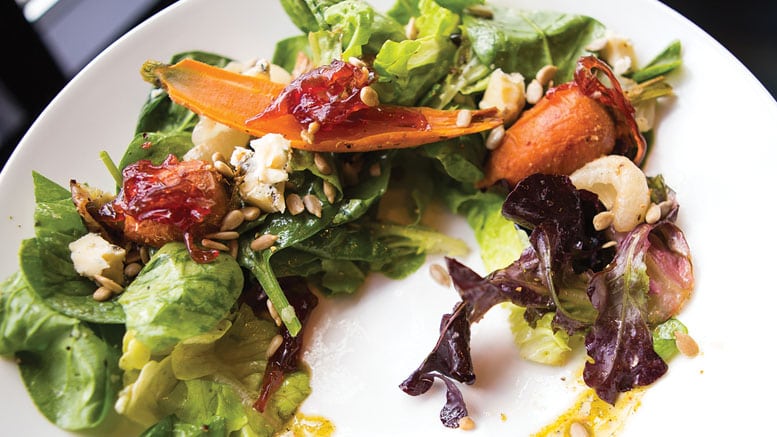 Provision is the newest restaurant from the Cunningham Restaurant Group, which operates two dozen establishments in Indiana, Ohio and Kentucky. It is located in an upscale portion of northern Indianapolis that was ripe for a local, higher-end eatery, says general manager Chris Farney. “There are a lot of really good restaurants, but they’re all chains. We wanted to add a different element to the neighborhood that would bring unique styles of cooking and fresh, sustainable, good food.” 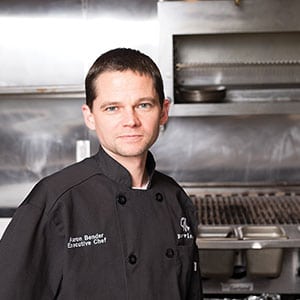 Farney describes Provision as a chef-driven concept that serves American food and focuses on regional sourcing. As company managers considered a theme for the restaurant, “we kept throwing around terms like ‘farm-to-table,’ but it was more that we wanted to have fresh, local products to serve to our guests,” he says. “We work with various Indiana farmers to provide all of our meats. The fish that we put on the table is all sustainably caught.”

Some of the restaurant’s produce, including microgreens, lettuce and herbs, comes from a Cunningham Restaurant Group program called CRG Grow. The relatively new initiative produces food in hydroponic greenhouses in southern Indianapolis. Vegetables are grown with organic pest treatments and few chemicals so guests can feel good about what they’re eating. Farney appreciates the ability to source some of his produce in-house.

“We know how everything is grown and treated the entire way,” he says. “You don’t have to worry about those fun emails you get saying there’s been an outbreak.”

The company works with several local farms to source items it can’t grow. All remaining produce comes from Piazza Produce and Annabelles Garden, which focuses on organic food. 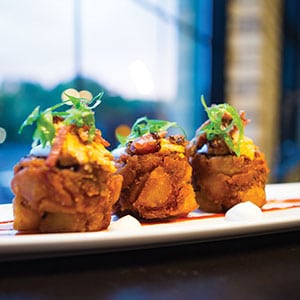 Steak and seafood are the top sellers at Provision, but patrons can find fresh produce everywhere on the menu. “Vegetables play a huge role,” says Farney. “The majority of the sauces are coming from the fresh vegetables we combine to make into purees. We also do a lot of side dishes. They make that meal more of a full dining experience, as opposed to just having a steak with some mashed potatoes. It’s just not enough. You need that side of vegetables to go with the entrée to complete your dinner.”

“What we heard when we first opened up was, ‘We needed a place like this,’” says Farney. “People are looking for more creativity on the plate. The way we’re putting together fresh products and using produce in a different manner than just a salad – they’ve been craving that kind of experience.”