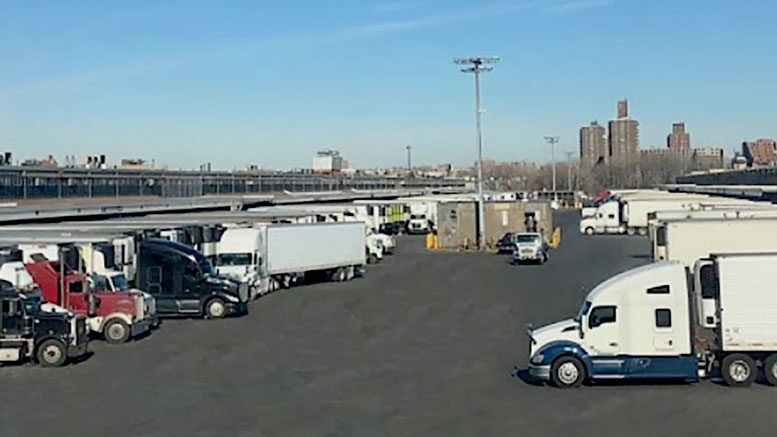 Labor woes continue to complicate the logistics of moving produce.

Trucking remains a tough go for the produce industry, with many of the problems created in the COVID-19 pandemic remaining and new ones looming.

Even before the pandemic, the average age of the trucking workforce was high, Kazan says, with many drivers close to retirement age. Then, during the pandemic, some drivers decided to hang it up while supplementary income could take them to or close to where they wanted to be financially when they were ready to retire. And, to make matters worse, Kazan says, a significant proportion of drivers refused to get vaccinated.

The other end of that issue was truckers avoiding places where they worried they might more readily contract COVID-19.

“We had exceptional issues at the very beginning getting trucks to come up to New York,” he says. “We would tell some guys, ‘I have something in the Bronx.’ They said, ‘I’m not going there.’ It was a hotbed.”

At that point, pay increased, sign-up bonuses appeared, in part because transportation companies were parking trucks for lack of available drivers, Kazan says. Pairing up team drivers was a problem as many truckers didn’t want to be in close quarters with a second person, which lowered transportation efficiency. At the same time, competing sectors could offer easier routes, essentially directly east from West Coast docks, that didn’t include trekking to Salinas, CA, or Yuma, AZ. Truckers could expect the load value of something in consumer electronics to be higher, so the shipper was in a position to pay more, and often lighter, which made for lower fuel costs.

There’s definitely been a bit of a labor paradigm shift in the aftermath of COVID-19, specifically changing expectations of the workforce, says Robert Goldstein, president and chief executive of Genpro, a transportation provider/broker headquartered in Rutherford, NJ, with a long history of arranging transportation for produce wholesalers, retailers and shippers.

“The alignment of people in a changing marketplace has definitely been a challenge,” says Goldstein, adding, “People are also looking at the balance of work-life, especially in a very demanding, 24-hour, seven-day-a-week business of servicing produce.”

“Obviously, wages have gone up, inflation is a factor, but benchmarking the flexibility of being able to work off-site and having more flexible time has definitely been a challenge.”

As a mature, nationwide company, in business for 33 years, Genpro has been promoting things that are career paths, instead of a short-term strategy, in its labor recruitment. “We’ve made a commitment, especially out of COVID, on how we engage with employees — how we’re mentoring, coaching, training and onboarding,” Goldstein says. “There’s real opportunity to professionalize the job and role that they’re playing, and how they’re servicing the produce business.”

Kazan is confident the transportation industry labor situation will get back to some normalcy. “More people will be joining the workforce, most drivers will want to drive. Particularly with the high rates that you have, it’s an attractive business.”

But labor hasn’t been the only challenge facing the produce transportation industry — a snarled international supply chain slowed shipment of truck parts, so, even a simple problem might take weeks to fix due to the lack of a part.

And now, Kazan says, fuel is a bigger issue and has its own complexities, as truckers try to balance fluctuating prices with what they need to complete a delivery, which brought surcharges into the equation.

He’s concerned about a possible diesel shortage in the Northeast. “I don’t know how that’s going to affect things. There aren’t a lot of refineries that process up here anymore.”

“They’re talking about just an overall [lack] of diesel in the Northeast this summer, and you might not have trucks come up here because they can’t refuel and get out. I wish I knew what the year ahead provides.”

Goldstein says Genpro’s goal — before, during and after the pandemic, and with rising transportation costs and capacity issues — has been to provide more value and increase communication and transparency with its customers.

That means giving customers information they need quickly so they can factor it into their own supply chain and workflow involving inbound transportation, specifically.

Genpro knows the produce industry, emphasizes Goldstein, who says he grew up on Hunts Point. “Our value to them is we do understand their business. We know how they operate, we know the transactional side of the business, and what they keep up with markets and changing markets,” he adds, “really trying to be a part of prioritizing what their needs are, almost as an extension of what they do when it comes to logistics.”

Goldstein says freight rates have softened somewhat from a year ago, but everyone is trying to guess what that means. “There’s some relief right now, but I think labor will still continue to be an issue.”

Kazan expects the supply chain is on its way to a new diversity as the pandemic has demonstrated that operations that might be very efficient in normal times can fall apart when things aren’t so normal — a Plan B has to remain available.

Indianapolis is an Urban Gem Filled with Midwestern Hospitality

Merchandise organic apples so shoppers can find them