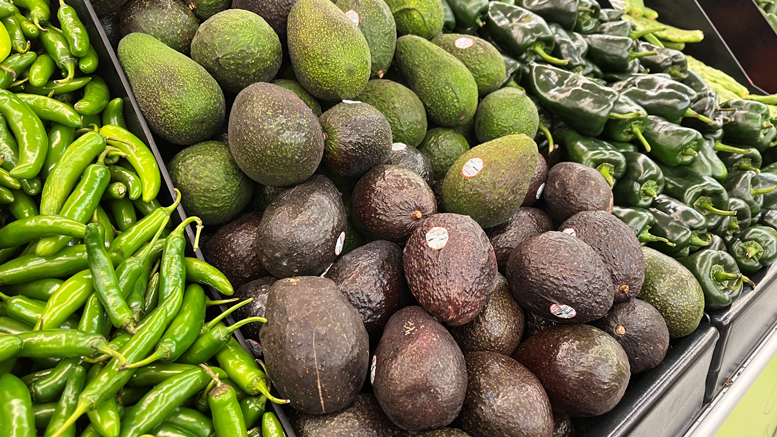 A November 2021 USDA report indicates that, in 2020, Mexico accounted for 77% of U.S. fresh vegetable import volume.

Mexican fresh produce is here to stay. And it’s expanding very quickly. For many, many good reasons.

Mexico is a vast country. If laid across the United States, it would extend from San Francisco to Chicago. Its microclimates range from the tropics of Chiapas on Guatemala’s border to the chilly high elevations of the Sierra Madres. Airline passengers flying over the hot deserts along West Mexico’s long Pacific Coast see a staggering, endless alignment of fruit and vegetable fields.

Mexico’s produce industry has evolved for more than a century. By now, third- and fourth-generation growers are educated in the most sophisticated disciplines of agricultural economics, finance, technology and production. This young generation is fluent in English and understands the needs of North American — and other international — customers.

It’s hard to imagine how different U.S. produce departments would look if all produce items from Mexico suddenly disappeared from displays. Mexico’s increase in produce exports to the U.S. is growing so fast that historic data seems to fall short of today’s reality.

USDA’s analysis of domestic census and trade data shows Mexican and Canadian producers have dominated the U.S. import market by offering protected culture — or greenhouse — imports, as well as organic options, which increased choices for consumers. While conventional and field-grown fresh vegetables still account for most imports, organic and greenhouse vegetables are expanding market reach.

At the same time, Lance Jungmeyer, president of Nogales, AZ-based Fresh Produce Association of the Americas (FPAA), notes simple climatic advantages are great for Mexican growers. He observes that growers in the southeastern U.S. are vulnerable to severe weather, such as Hurricane Ian in late September. Mexico assures the compatibility of the supply chain with more stable weather, he adds.

The telling November 2021 USDA document notes Mexico’s market share expansion is boosted in part by a “market window creep in fresh vegetable imports.” This is not a shocking new development, particularly from the viewpoint of U.S. growers whose markets are being crept-upon.
But the USDA report details a trend that’s evolved in recent years.

Market window creep is an extension of seasonal demand and refers to the increasing volume of fresh vegetable imports entering during the start or end of the traditional domestic production seasons. Over time, USDA notes, the categorization of vegetables into summer and winter categories has dwindled, as near year-round imports of both categories of produce proliferated.

Government experts affirmed imports previously complemented U.S. production during the winter, autumn and early spring months when domestic supplies were limited. However, imports grown under greenhouse production or in southern climates increasingly augment U.S. production at the beginning and end of domestic market windows for many fresh vegetables.

Not every produce item grown in Mexico has vast sales. But specialty growers are adding variety to consumer diets.

Edgar Del Angel, a salesman at Cabefruit Produce LLC, McAllen, TX, notes that, as demand for Mexican produce is flourishing, jackfruit has been his firm’s specialty.

“Overall, we will continue to grow because people know more fruit like jackfruit. And we’re growing with our customers. Customers that used to buy a half-pallet of jackfruit are taking one to three pallets now.”

In November, Stephanie Bazan, the vice president of shopper and trade marketing for Avocados From Mexico (AFM), told PRODUCE BUSINESS, “The demand for Mexican avocados has grown dramatically over the years, with annual consumption reaching more than 2 billion pounds.”

In the past seven years alone, U.S. per capita consumption of avocados from Mexico has doubled — it’s now at 9 pounds per capita per year. “Americans love avocados, and Mexico has an abundant supply of the fresh and flavorful fruit, arriving to the U.S. in just three to five days.”

Regarding AFM’s long-term view of avocado exports to the U.S., Bazan said there is a growing consumer demand of avocados in the U.S., “and since avocados grow year-round in Michoacán, we have a steady supply of avocados to meet consumer demands. And with the addition of the state of Jalisco to the import program, we have even more avocados available for U.S. consumers, with the same commitment to quality and traceability. In fact, this year alone, the U.S. is projected to import a record volume of avocados — so we’re confident that we will be able to continue meeting these ever-increasing demands through our exports.”

Jalisco avocado growers began exporting to the United States in the summer of 2022.

Alvaro Luque, AFM president and CEO, said in October that Jalisco production enhances Mexico’s ability to meet U.S. demand. He indicates that Mexican avocado exports to the U.S. doubled, from 1.2 billion pounds in 2014 to 2.4 billion pounds in 2021.

“Assortment and selection is key to driving units per trip, including a dual size offering and having avocados that are ready to eat now and ready to eat later. Seeing avocados merchandised at the produce entrance or beside fresh, complementary items — like tomatoes, onions, or even chips — makes it easy for shoppers to purchase.”

The bottom line, says Jungmeyer, is that “Mexico is well positioned to continue to play a large part in the American diet.” And he offered many reasons for this position.

There is a continued lack of water in the western U.S., which has caused interest in western growers switching some or all the vegetable production — and some fruits — to Mexico. That will continue to increase.

Also, he notes, “growers in California, Florida and Georgia all have a hard time getting farm labor in a timely manner to fill the market with continuity and reliability.”

That said, Jungmeyer acknowledges, “Mexico has its own challenges in growing. West Mexico has a lot of the same water pressures as are in California and Arizona. Mexico growers recognize this and use less intensive water through shade houses and greenhouses to be more efficient. That makes Mexican produce competitive.”

Labor availability is also somewhat of a challenge in Mexico, and Jungmeyer says wages will increase again in Mexico.

So, while Mexico has many of the same problems as the western U.S., “the advantages are hard to outweigh,” Jungmeyer says. “There is very good weather and long growing seasons.”

“In Mexico, we’ve also seen innovation in varieties that the buyers are looking for,” he adds.

Mexico also offers many microclimates for diverse crops and production seasons. In the table grape business, production is now pushing south beyond the “new” southern Mexico production in Jalisco. Harvest time for Mexico table grapes should be April 1 before too many years, Jungmeyer says.

Mexico’s highlands elevation allows berry and vegetable production 12 months a year. And berry production investments in these highlands “have only just begun in the last five years.”

THE TEXAS POINT OF VIEW

TIPA’s role is unique, however, because the group represents the interests of Texas fresh produce growers. But it also represents the role of Texas produce importers distributors, who may handle large volumes of Mexican product.

Galeazzi shares Jungmeyer’s view on the strengths of, and bright future for, Mexican produce exports to the United States. But he notes another factor expediting Mexican export growth is Mexico’s superhighway, Autopista Durango-Mazatlán, which was completed in October 2013.

As the name implies, this road runs between Durango and Mazatlan, straight through Mexico’s rugged Sierra Madre mountains. The new 115 bridges and 61 tunnels replace a route that faced landslides, potholes, blocked tunnels and ragged asphalt.

Now, vegetable products grown in Sinaloa and other West Mexico locations enjoy a smooth, fast, timely ride to south Texas. This has improved quality, and diverted a large volume of fresh vegetables that once went to the northwest to enter through Nogales, to Texas. This route is much shorter to reach U.S. markets in the northeast and southeast.

Jungmeyer is pleased with U.S. Customs’ efforts to develop more non-intrusive means to inspect Mexican produce crossings. “We support the investment for quick and efficient non-intrusive scans.” FPAA also is talking to political leaders about the need for more Customs officers to work in inspections, to replace those who have been diverted to border immigration issues.

Every Day Is ‘In Season’ In The Lone Star State