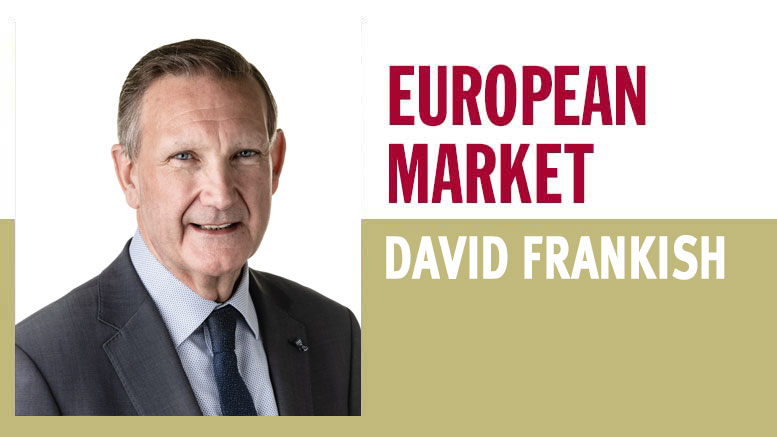 Wholesale traders across the globe pride themselves on their ability to respond quickly to changing market conditions, to step up their game and show fortitude, unity and resilience while others lose their heads in times of difficulty.

I recently read the excellent column by Hunts Point’s Matthew D’Arrigo on producebusinessuk.com (originally printed in the Produce Business May 2021 issue), and it illustrated perfectly that rarely is the relevance of a wholesale market in higher profile than during a crisis. For the majority of us, the past 18 months have thrown up challenges no one could possibly have envisaged, and I’m sure for Produce Business readers across every sector of this great industry it’s still hard to know where to start evaluating the impact on your business.

You won’t be surprised to hear that it is no different for the 175 fruit, vegetable and flower traders at New Covent Garden Market (NCGM), on the south bank of London’s River Thames. They will all be calculating the true commercial cost for some time to come. But I can also tell you that the response of our tenants to the toughest trading period they will hopefully ever have to negotiate has been magnificent.

The UK’s oldest and largest wholesale fruit, vegetable and flower market had dealt with plenty of adversity over the centuries. This time was different, due in part to the dramatic effect it had on our core customer base. The make-up of the firms occupying the fruit and veg market developed to reflect changing societal needs — when the pandemic struck, roughly 80% of the produce sold from NCGM was destined for the catering and hospitality sectors. As the first lockdown began, those areas of business fell off the proverbial cliff as the catering outlets of London and South East England were obliged to shut their doors en masse.

While the market was deemed essential, and it never actually closed for trade, early estimates were that as little as 15% of the normal weekly sales levels were taking place in the first few weeks, almost exclusively from the wholesalers selling into the independent greengrocers and other market traders. The innovative side of market life soon kicked in though, and a number of box schemes were created by NCGM tenants to ensure that local and regional consumers were able to access healthy and nutritious food without leaving their homes.

The response of our tenants to the toughest trading period they will hopefully ever have to negotiate has been magnificent.

The charitable nature of wholesalers is never far from the surface either, and within days, tenants were collaborating to supply the frontline staff of the National Health Service, as well as several food supply channels for the deprived and homeless. Tonnes and tonnes of Class I produce and thousands of man hours were donated to the cause.

Of course, in the UK we had another hurdle to overcome. As we entered the second lockdown, Brexit finally arrived. Who would have thought as we entered 2020 that the UK’s departure from the European Union would not be top of most people’s agenda as we moved into 2021? It may have been usurped by COVID in terms of column inches, but Brexit did, of course, bring further challenges, of the administrative, logistic and labour kinds, and these are ongoing. They have not been as detrimental in terms of supply of product as was predicted, but as the world of commerce has gradually begun to function again in the past couple of months, some wider issues have surfaced.

There is a definite shortage of drivers — many who returned home during the pandemic did not renew their licences, and many more do not want to. For some who were made redundant or placed on the UK government’s furlough scheme by their employers, there is either less incentive to return to work as say a van driver for the market traders with unsociable hours, or often another job has become available in the meantime. Additionally, large numbers of vehicles were sold off by businesses looking to save cost during lockdowns, and the demand for new vehicles, as well as parts for older vehicles, is now significantly outstripping supply.

Every one of these factors is impacting trade at NCGM, and we’re not helped of course by the fact that post-pandemic London’s restaurant and hospitality scene continues to be somewhat restricted. However, we have moved forward with the redevelopment of the market, and we reached a landmark settlement with tenants that will underpin our attempts to secure NCGM’s position as a thriving, sustainable, and world-class market for the future.

By 2027, we’ll not only be the oldest wholesale market brand, but will also have the newest wholesale market infrastructure in the UK. By necessity, I’ve spent a reasonable proportion of this column looking back on one of the most tumultuous periods we’ve ever known, but at the same time it’s never been more important to look ahead than now, and what’s on the horizon for us looks incredibly exciting.