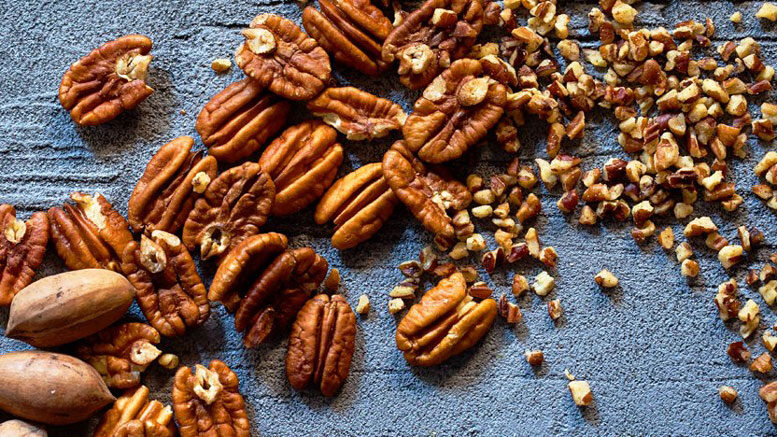 The superfood is off to a strong start to the holiday season.

The rich, buttery flavor of pecans will be on full display at retail this month and going forward into the holidays. While pecan suppliers indicate the crop is not a record breaker this season, a robust and healthy crop is anticipated. Inflation, while impacting procurement and distribution operations across the produce industry, is not expected to greatly impact the pecan market.

Pecans have maintained a robust growth rate over the last few years, and this year should be no exception. “Pecans are telling a pretty impressive growth story right now,” says Will McGehee, a partner and founder of the Genuine Georgia Group, the parent company behind the Pecan Nation brand, in Fort Valley, GA. “There has been a strong growth rate, up double digits and leading the nuts category. It’s just about outperforming everybody.”

“The current crop looks amazing,” adds McGehee. “It’s a really good time to be in the pecan business.”

Pecans, being an alternate bearing crop, are expected to be a good-sized crop this year. “The crop is definitely larger than last year, and the initial quality seems pretty good,” says Daniel Zedan, executive vice president, sales and marketing, Pecan Grove Farms, Batavia, IL. “About 40% moves from September through the holidays, since pecans are known for their versatility in pies and pastries. But pecans are becoming much more of a year-round item.”

Pecans are an extremely small commodity, producing an average of 150 million pounds each year, notes Jeffrey Smutny, director of marketing and regulatory affairs, American Pecan Council, Fort Worth, TX. By comparison, the almond industry produces 3 billion pounds. Smutny says about 75% of domestically produced pecans are sold in the United States.

Inflation, while minimized somewhat due to the larger-sized pecans crop this year, is still a factor, as it is in much of the produce industry, and input costs have more than tripled, says Smutny.

“Pecans are the most expensive nuts to produce even in normal times,” he adds. “Supply chain issues, fertilizer, diesel, all have added to increased production costs.”

“Inflation has a real trickle-down effect from the farm level,” agrees McGehee. “Labor and transportation are up. Packaging and plastic bag costs are up. Lead times are increasing.”

“There could be a slight increase in the price at retail,” McGehee adds, “however, the large pecan crop will regulate the price a little bit.”

Zedan, on the other hand, sees pricing as stable and consistent, with perhaps a slight decline compared to last year. “For growers, the cost of fertilizer is up 400%. Fuel is up 50%. There are issues with trucks, boxes and bags, so it will be reflected in pecan prices.”

However, he adds, “The pecans supply is up, so I don’t think inflation will be felt as much as last year at retail. There will be a minimal impact.”

While the pecans market often has a holiday season approach to it, starting in late September and running through December, there has been more of a national and regional push to promote the product year-round. And healthy-oriented consumers seem to be responding to that push, purchasing pecans beyond the holiday season and for their year-round snacking preferences.

The American Pecan Council has stepped up its efforts to target those health-focused consumers. “Moms, ages 25-54. A heart health message is key. Pecans have the highest antioxidants among all nuts,” notes Smutny.

“Pecans are a true superfood,” agrees McGehee. “They work with whatever diet you are on, leading to its popularity as a year-round healthy snack food. All of our social media influencers highlight the health benefits.”

The next generations of consumers also seem to be getting the health message. “Generation X and Z are in tune to the health benefits. They want more ready-to-eat, nutritious foods,” says Zedan. “Pecans are the highest nut in terms of antioxidants. It reduces the bad cholesterol and increases the good. This really speaks to the health consciousness of the younger generation.”

McGehee has seen some product trends and innovations as his company’s brand, Pecan Nation, looks to grow and hit different consumer groups. For example, 1-ounce single-serve sleeves and other clip strip items have become more popular as an individual consumer packaging option. These are good for kids or consumers looking for a convenient, personal snack option.

More sweet and savory flavors, and such versions as cinnamon, toasted and salted pecans, have also become more prevalent at retail as an impulse purchase.

“There has definitely been movement from 1-, 2-, and 5-pound bags to on-the-go, ready-to-eat, serving and snack-sized bags,” agrees Zedan.

As for merchandising tips, as always, pecans seem to benefit from placement near produce, fruits and vegetables. McGehee recommends, during the holidays, that merchandising pecans near sweet potatoes is a winning combination, as they go well together, especially with candied pecan versions.

“Pairing pecans with fresh produce is a natural fit,” says Zedan, noting that pecans, due to their healthier ingredient attributes, pair well with other health-oriented produce items, such as blueberries. “Pecans are an ideal and healthy snack option for the produce department and we are seeing this much more at retail, such as at Whole Foods, Kroger, and Mariano’s.”

McGehee’s Pecan Nation brand is also seeing some merchandising success with produce and peggable shippers hitting the market, where employees can hang the bags on the sides of the shipper.

Graphics humorously depict some of the ways to pronounce pecans that vary by region. “We have some fun with all the various pronunciations on the displays,” says McGehee.

“We are also having some success with our merchandising solution. A roundhouse shipper/bin features quadrants for in-shell pecans, a baking section, a 1-ounce pantry snack section and a resealable pouch section, which showcases pecans’ versatility and gives consumers multiple options.”

Going forward, suppliers see an increase in marketing and the various pecan associations working together to increase consumption.

“We continue to use influencing, branded media, and omnichannel efforts throughout the United States, China, India and Germany,” says Smutny.

“I see an increase in marketing and new products to grow consumption. We have to work together to create opportunities. Pecans are so versatile, flavorful, have a long shelf life and are perceived as a quality ingredient. They can do just about everything a walnut can do, but it’s not vice versa,” adds Zedan.

“We have to shine a light on this amazing nut that we grow,” says McGehee.

An Appetite for Snack Sales