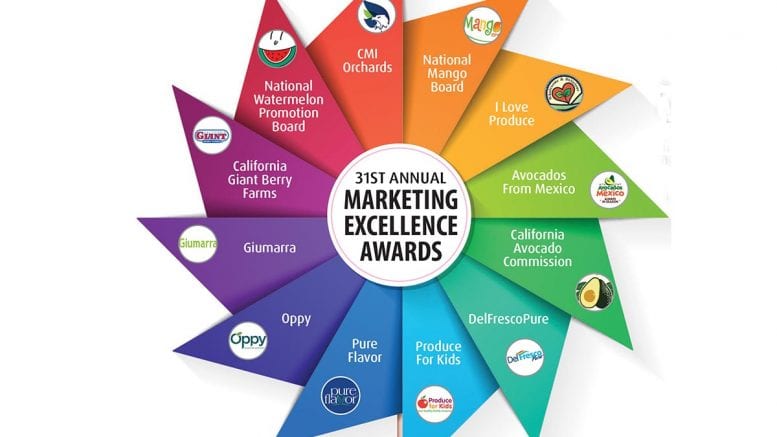 Successful marketing can mean the difference between standing out and just being a placeholder — delivering a healthy bottom line or misfiring and burning through that bottom line — earning the trust of customers or losing out to the competition.

We’ve all experienced marketing that gets our attention — sometimes in a way that makes us laugh out loud, other times when it brings a tear or two, routinely when it informs and sometimes because it enlightens or inspires.

There are long-established marketing fundamentals — focused targeting; communicating with clients; creating value, standing out in a crowded field — and a whole lot more. Good marketing tactics can go beyond the fundamentals and sometimes, when the marketing approach is great — way beyond.

This year, Produce Business is excited to introduce our readers to the Marketing Excellence Awards’ class of 2019 — as this is our 31st year of highlighting the best the industry has to offer — whether it be through combing the produce aisles, through social media, industry trade shows or listening and learning from you.

After careful consideration of many, many entries, we’ve zeroed in on the produce campaigns that go beyond good strategies and merit the moniker of excellence.

We applaud these companies for creating not only value for their constituencies, engendering loyalty and enthusiasm for their brands but also for inspiring us all to raise the bar that much higher. 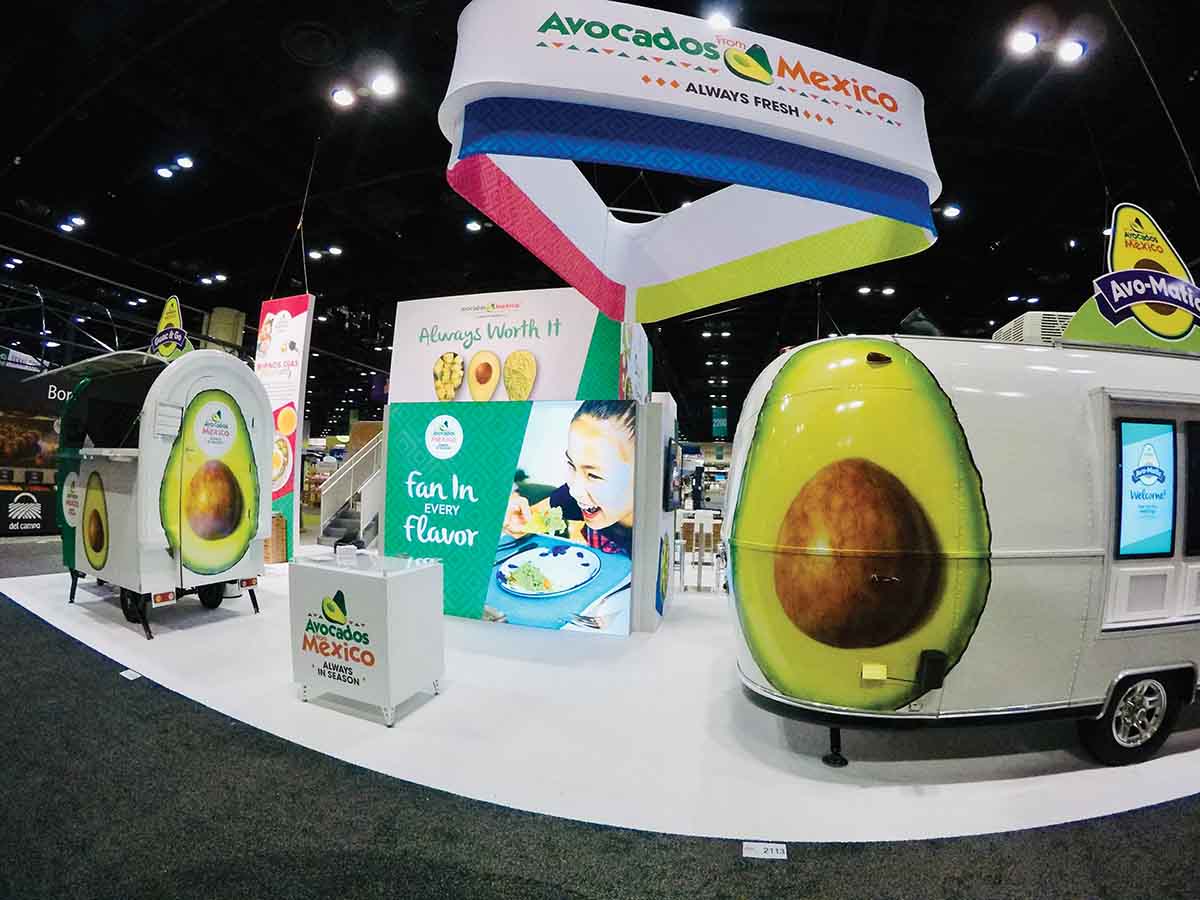 CAMPAIGN: Avocados From Mexico created a multi-sensory experience that brought its “Savor Every Moment” message to life. Retail customers learned how that message increases shoppers’ paths  and drives impulse purchases. A full-scale retail environment was launched, with produce displays and a preview of upcoming promotions. From food experiences, such as AvoDogs to avocado popsicles, as well as creating recipes at the Avo-Matic Airstream, attendees got a complete look at AFM’s offerings.

RESULTS: The Avocados From Mexico booth was one of the most talked about at the summit. Year-over-year booth traffic increased by 20%, with average engagement time rising by more than 30%. AFM served more than 2,500 customized creations and held more than 40 partner and retailer meetings. It also sold out all of its promotional bins (more than 20,000), a first for the brand. 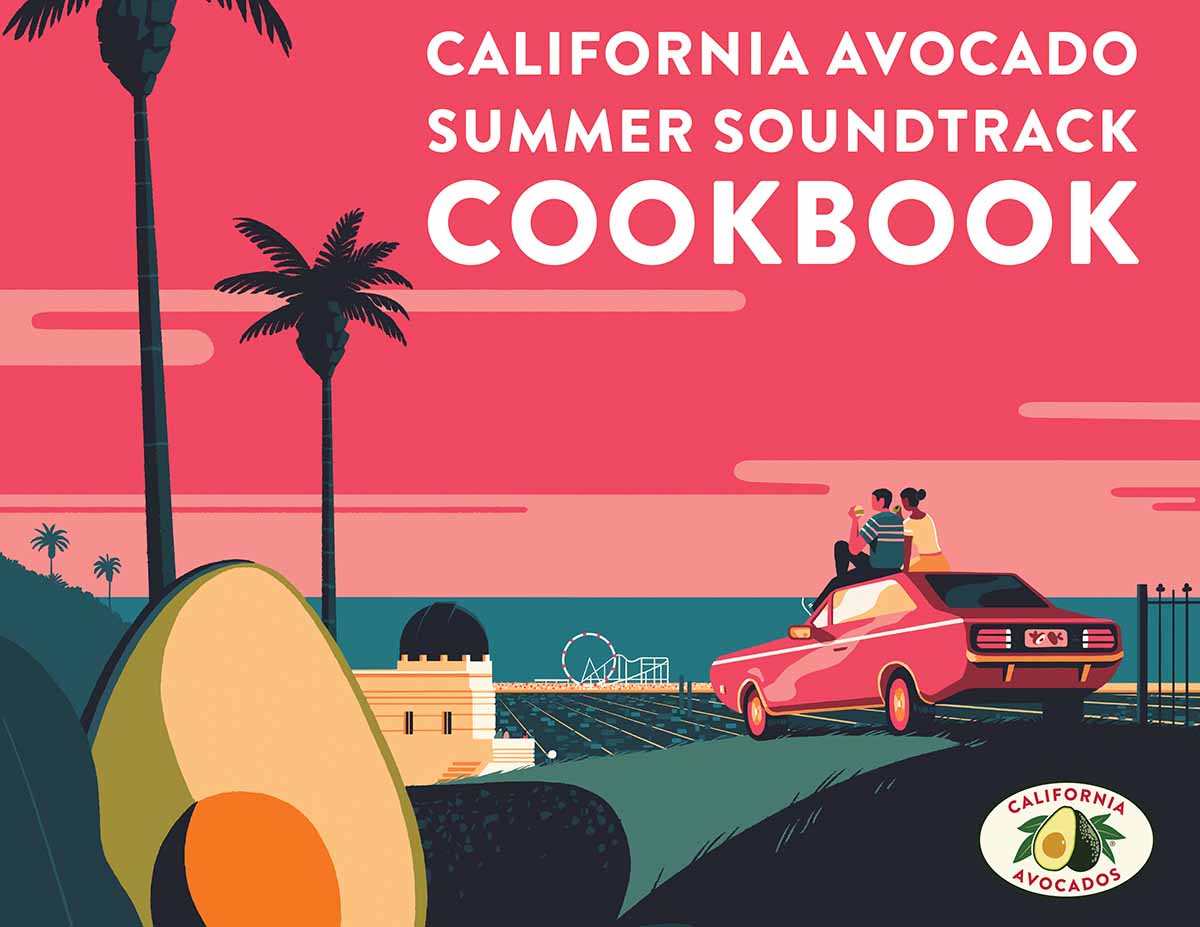 PLAN OBJECTIVES: The California Avocado Commission planned to increase California Avocados’  perceived value, preference and loyalty with its targets and to achieve a premium price. To leverage people/channels of influence to: inform consumers when California Avocados are in season; differentiate those from imported avocados; align with locally grown; communicate the “essence of California”; and achieve budget efficiency. 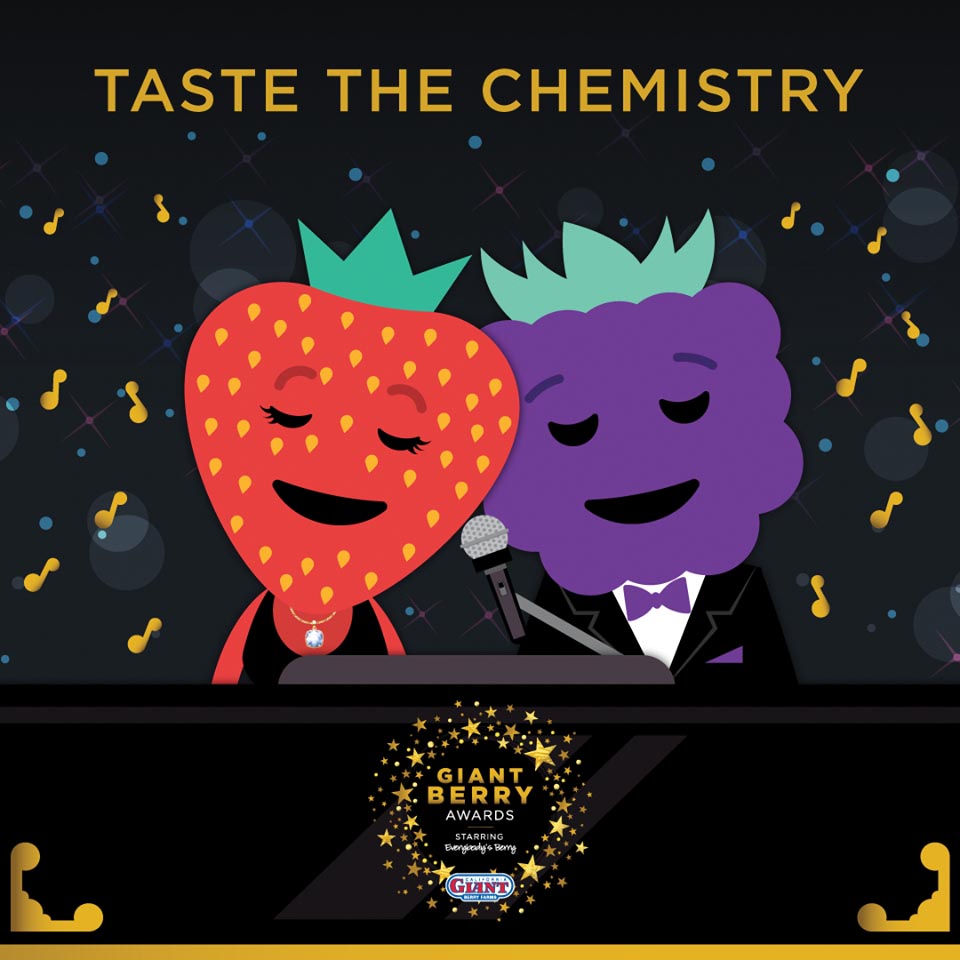 CAMPAIGN: To capitalize on the appeal of the awards show season (Jan 28-March 8), California Giant positioned berries as vibrant stars that are works of culinary art. It highlighted recipes in which each berry had a starring role in and was nominated for an award in different categories. People voted to support their favorite berry in a contest to take home The Giant Berry Award. Prizes were awarded in exchange for their vote. 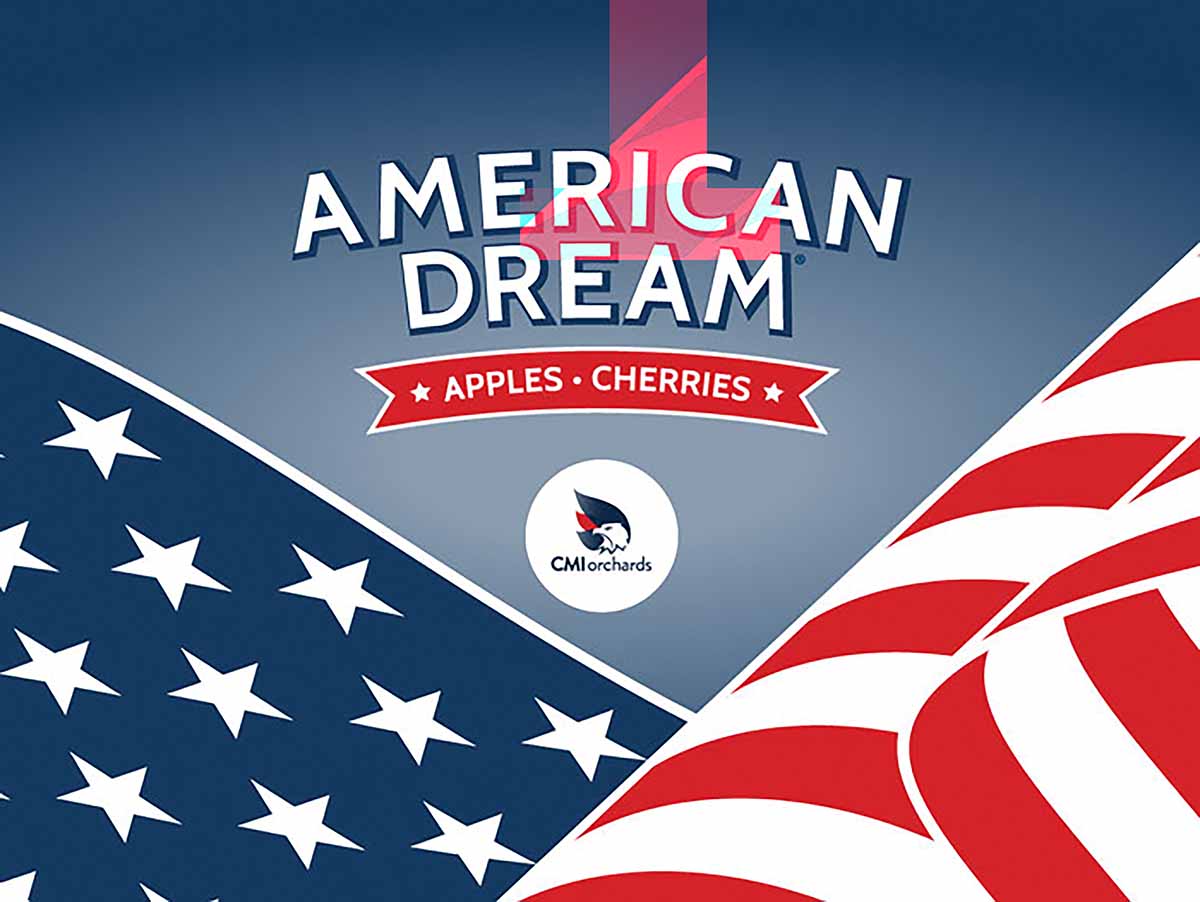 PLAN OBJECTIVES: To celebrate and inspire Americans across the nation. CMI created this apple and cherry label to show its solidarity and support of U.S. military families, veterans and patriots.

CAMPAIGN: CMI Orchards developed eye-catching American Dream apple and cherry boxes to create a billboard display with a positive, patriotic message that could resonate with consumers. The dream was two-pronged: to honor and give back to those who have served and sacrificed and to help retailers create excitement in their produce departments, by tying in to important holidays. The American Dream program also offered a portion of proceeds from the sale of each box to causes that support veteran and military groups.

RESULTS: Aside from the improvement in sales, especially during Veteran’s Day, as well as exceptional consumer feedback, CMI has donated more than $15,000 to support the military and veterans, including the Tournament of Champions in Texas (a youth program that provides shelter and resources to veterans). 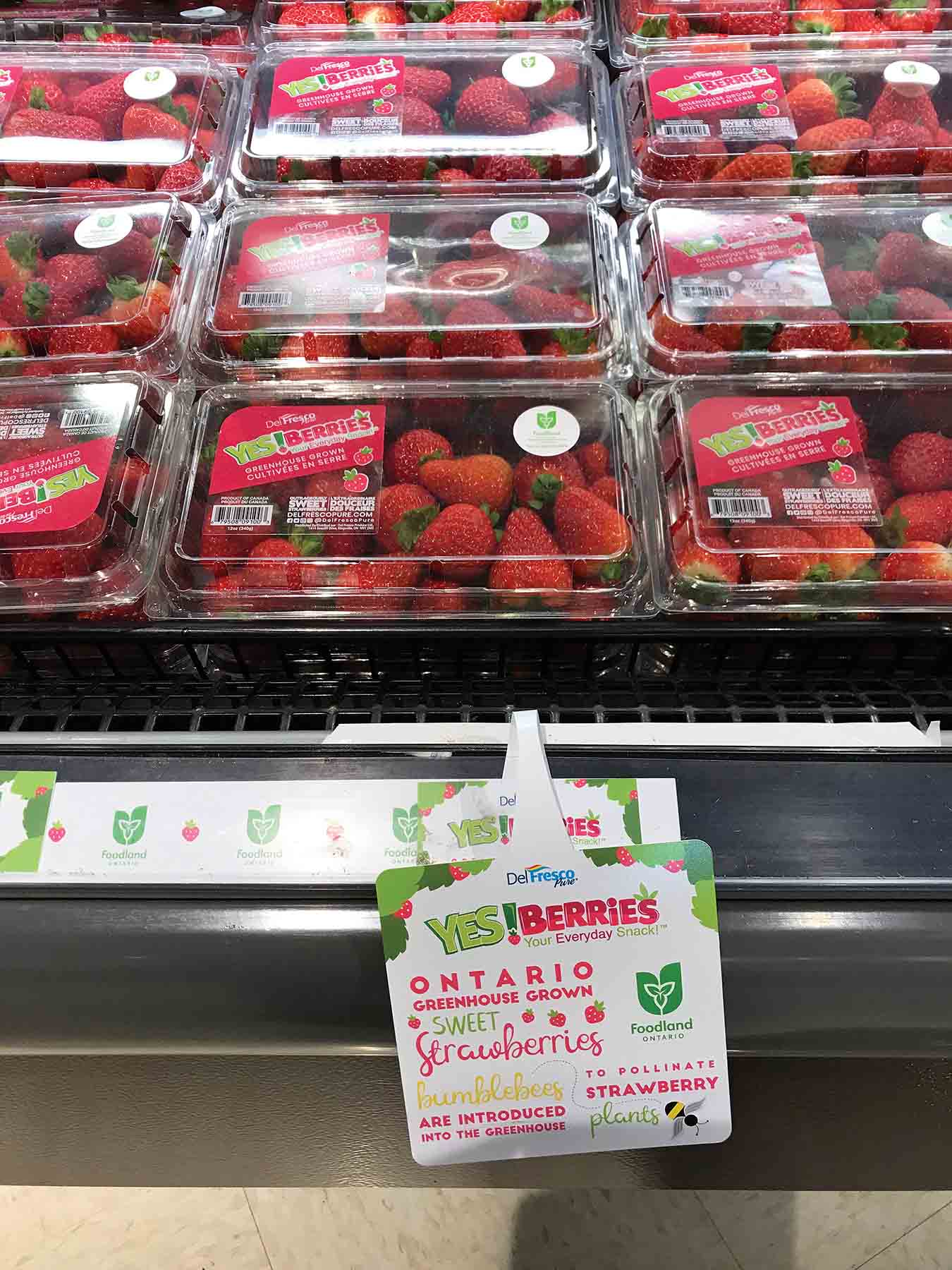 PLAN OBJECTIVES: To build awareness and educate consumers that YES!Berries Your Everyday Snack! by DelFrescoPure are Ontario-grown greenhouse strawberries and available in Canada from January to June for the 2019 season.

CAMPAIGN: DelFrescoPure paired up with retail partners to provide educational merchandising materials at store level to educate consumers about the availability of the berries. With harsh winters, strawberry production in Canada is unheard of. Each retail partner was provided a merchandising team to install and set up marketing materials. The kits included a pop-up merchandiser, shelf strips and a shelf-talker. DelFrescoPure also partnered with influencers to drive social media lift and launched contests to gain awareness.

RESULTS: DelFrescoPure installed more than 420 merchandising kits at partners’ stores, and sales lift soared as it oversold the entire season and planned for strawberry expansion. Some 10,000 samples and 6,000 promotional items were served to consumers at local events, and social media contests generated more than one million impressions. 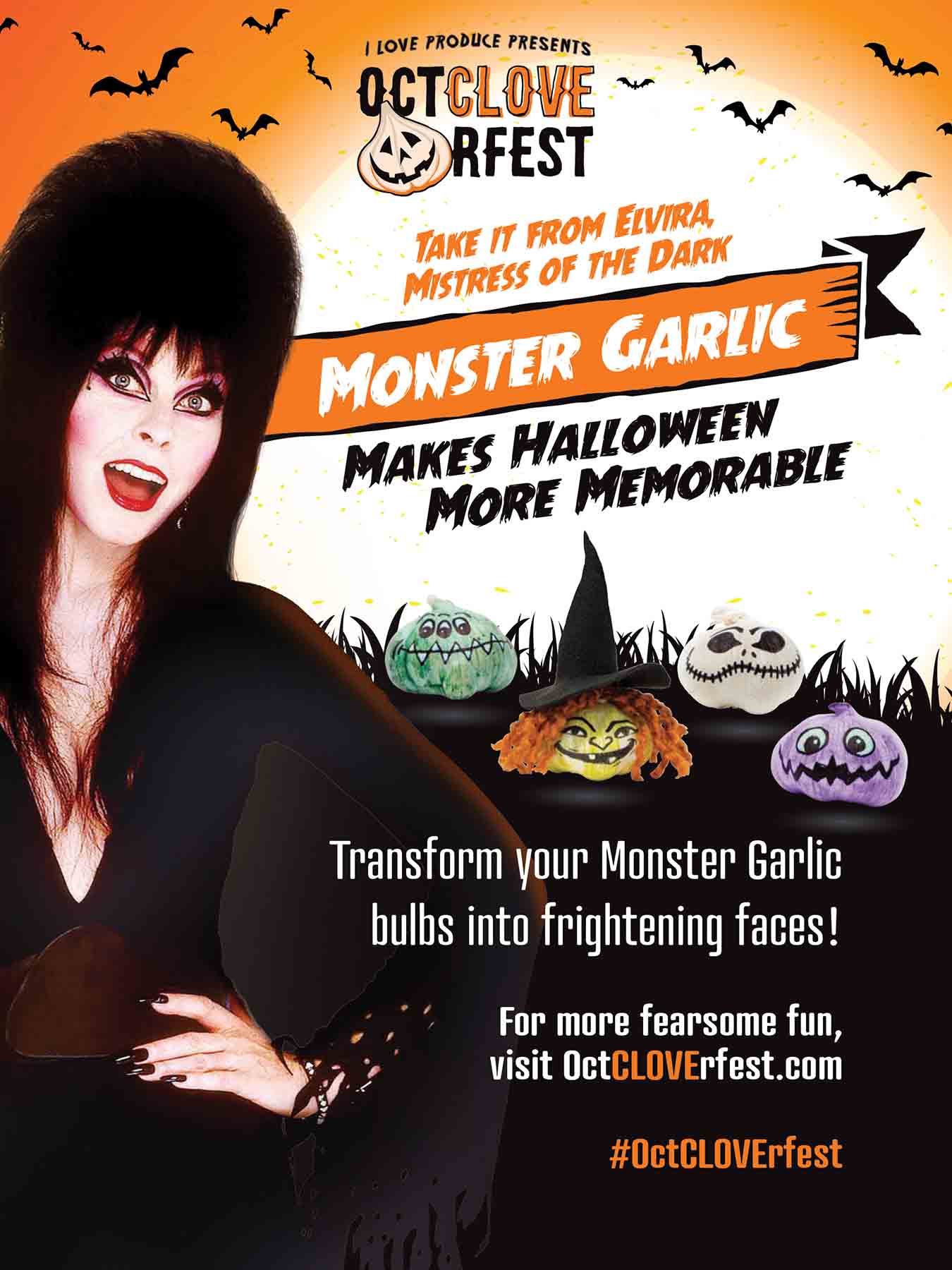 PLAN OBJECTIVES: To increase demand of Monster Garlic, target new customers and gain greater consumer awareness of a new use for fresh garlic as decorative produce to celebrate Halloween. I Love Produce’s objective is to make garlic to Halloween as Easter eggs are to Easter.

RESULTS: Aside from the big notoriety and shares it received through media channels during the Halloween time period and at trade shows throughout North America, OctCLOVErfest helped I Love Produce increase its sales of Monster Garlic by more than 40% above targeted goals. 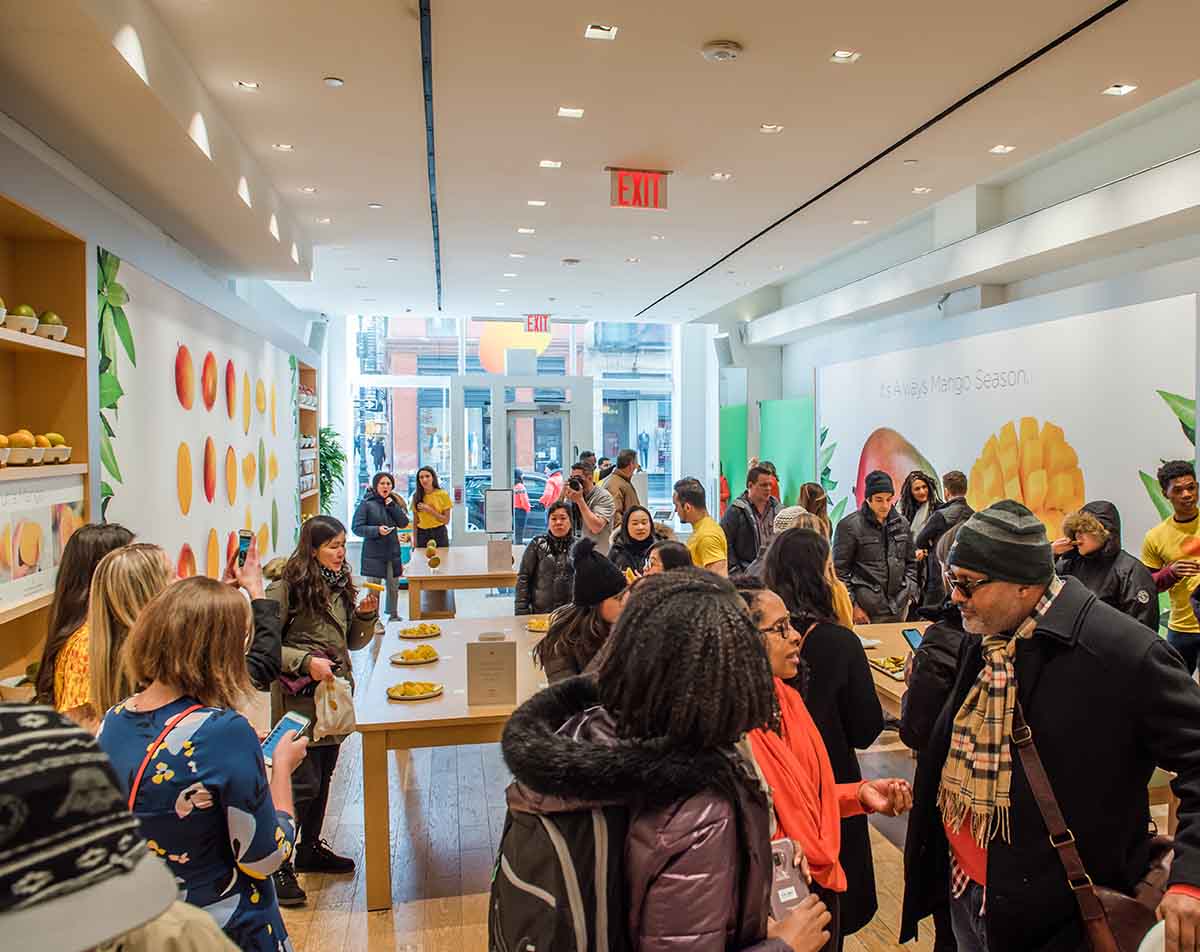 ‘The Mango Store: A Pop Of Sunshine On A Cold Winter Day’

PLAN OBJECTIVES: The National Mango Board created The Mango Store, a pop-up store in the Soho district of Manhattan, during one of the coldest days in March to show consumers that mangos are available year-round while showcasing versatile uses through innovative recipes and products.

CAMPAIGN: The NMB decided to open its Mango Store on Thursday, March 7, near a bustling shopping district. But prior to its opening, the Board got the buzz going with ads displayed on a digital billboard in Times Square. It designed its sleek store with splashes of color, a Wall of Mango Innovation, a Mango Many Ways table of different mangos, a Mango Bar and Mango 101 educational signage. Associates would be positioned in key locations to encourage guests to take pictures in a photo booth and to spread the sunshine on social media.

RESULTS: Celebrity chef Antoni Porowski and celebrity nutrionist Kimberly Snyder were among those “sharing the sunshine” of the pop-up store on social media, where the NMB did more than 1.3 million total impressions, while generating more than 465,000 total video views of the event. As a result, in the peak of winter, overall impressions were up 13.2% from the previous year. 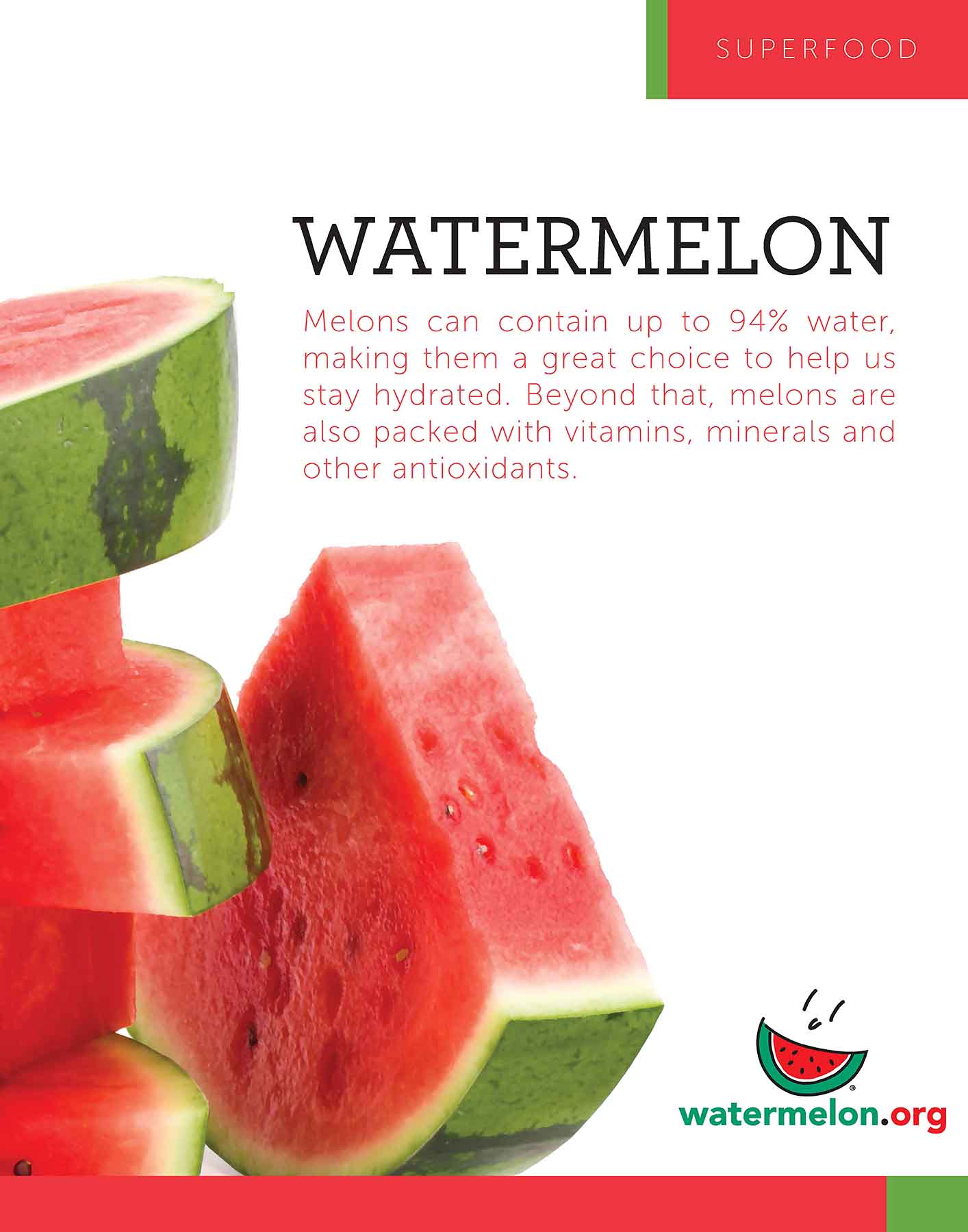 ‘Can’t Leave The Water Out Of Watermelon’

PLAN OBJECTIVES: Through it’s ‘Can’t Leave the Water Out Of Watermelon’ campaign, the National Watermelon Promotion Board’s goal is promoting nutrition to all audiences via a three-pronged program that reaches consumers, retail and foodservice. The NWPB’s goal is to provide education through strong health messages via public relations, advertising social media, events and promotions.

CAMPAIGN: The National Watermelon Promotion Board spread its message at a number of events throughout the year and through social media platforms and partnerships. It provided watermelon and promotion materials at the Marine Corps Marathon; worked with nutritionist Jill Jayne on a ‘Jump With Hill’ campaign; conducted multiple social media events to reach fans; developed a new registered dietitian toolkit; assisted Produce for Kids on its Mission For Nutrition campaign and provided many resources to foodservice outlets.

RESULTS: The breadth of the campaign was a huge success across many channels. The NWPB’s social media outreach alone resulted in more than 46,000 views, and its YouTube commercial generated 4.7 million impressions. Its toolkit had an ad equivalency of more than $1.8 million, and restaurants saw an 8.5% increase in watermelon movement over the previous year. 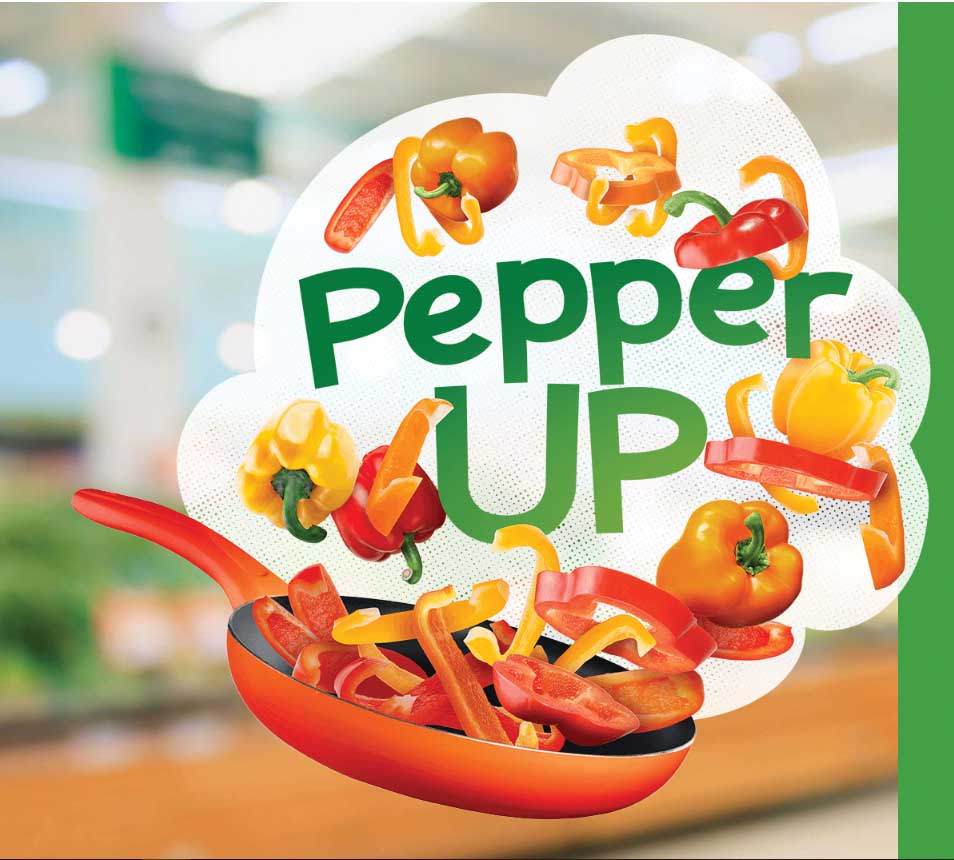 PLAN OBJECTIVES: Oppy’s Pepper UP campaign with Divemex, a leading Mexican greenhouse vegetable producer, aimed to inspire retailers to drive sales and have consumers pump up their dishes with brightly colored bell and mini peppers while building trade awareness.

CAMPAIGN: Guided by data from the previous year’s campaign, Oppy developed POS kits and large-scale signs to support a display contest that encouraged retailers to bring their peppers ‘up’ in size, location or to the front of the store or department. Prizes were given to encourage entry. Another way to Pepper UP was to include organic and conventional on display, and ‘up-selling’ that all Divemex peppers are Fair Trade Certified. The social media components included two contests and a content list for retailers to spread their message on their channels. Oppy also ran a display content ad in Produce Business magazine.

RESULTS: The campaign contributed to an 18% sales volume increase along with heightened brand awareness and education. The campaign had an 8% increase following on Facebook and a 13% increase on Instagram, and received more than 1,400 submissions and more than 450 photo entries. 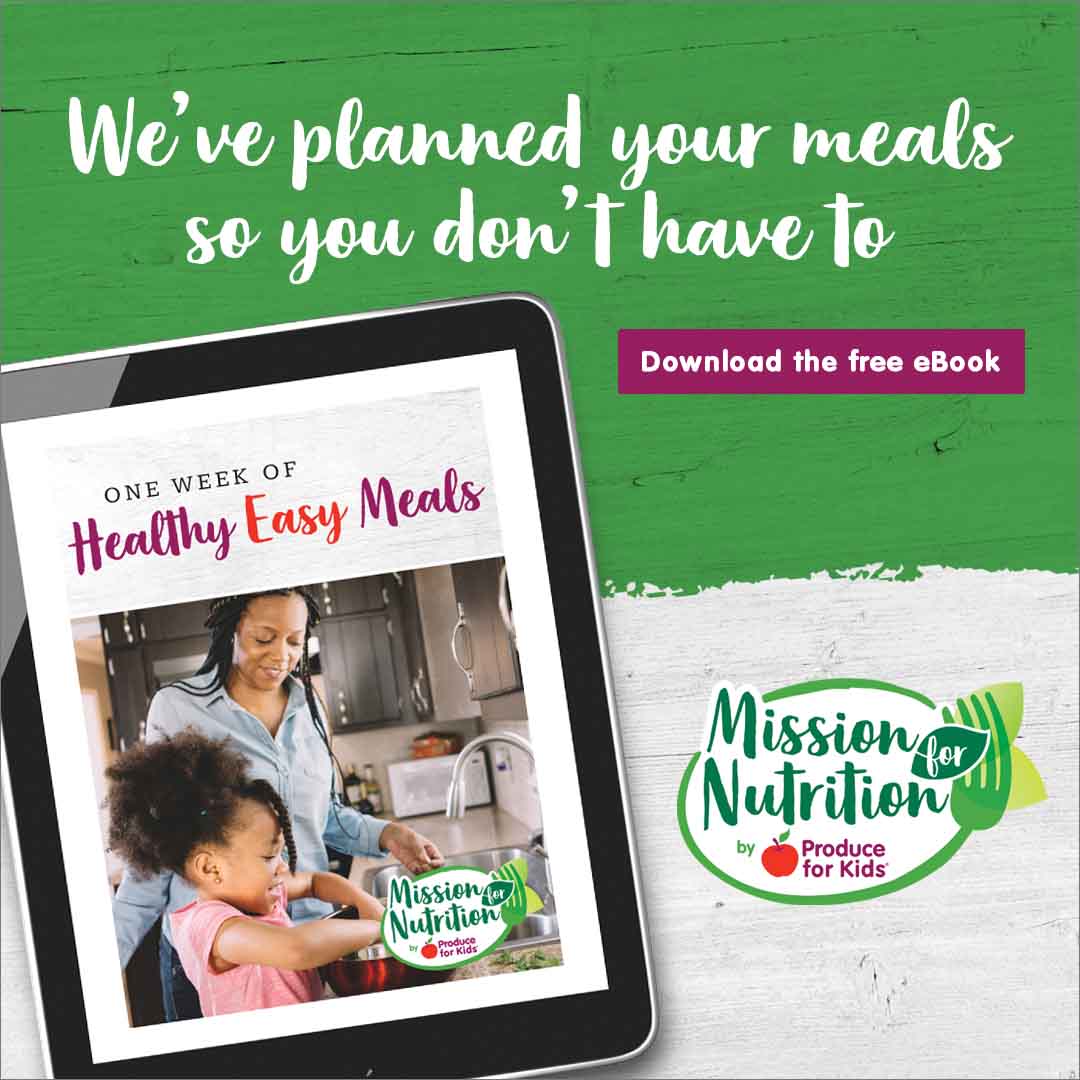 PLAN OBJECTIVES: Produce For Kids’ Mission For Nutrition program was to educate consumers on the importance of meal planning, while aiming to increase the consumption of fresh produce. In honor of National Nutrition Month, the program was designed to encourage healthy habits with families. 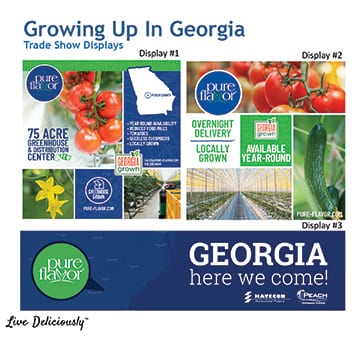 ‘Growing Up In Georgia’

PLAN OBJECTIVES: The Canada-based greenhouse grower leveraged an opportunity to expand its year-round offerings in the United States with the building of high-tech facility in Fort Valley, GA. Its goal then was to “Build A Regional Produce Brand” in Georgia, creating demand by raising awareness for locally grown while supporting retail/foodservice, regardless of season.

CAMPAIGN: The ‘Growing Up In Georgia’ project set out to share Pure Flavor’s story of a family-owned vegetable company that puts quality, flavor and customers first. Pure Flavor was overly transparent in sharing the evolution of the project: with photos, videos, press releases, site tours, and by offering speaking engagements at major conferences and trade panels. The goal: bringing to life high-tech agriculture in the middle of a corn field in South Georgia.

RESULTS: Pure Flavor says, “We proved them wrong. We built. We planted. We picked. We shipped. Consumers purchased.” Pure Flavor sold out of Georgia Grown produce week after week during the season and built tremendous brand awareness in the Southeast. It will soon be one of four greenhouse tomato growers nationwide who will be providing Wendy’s with tomatoes for all of its burgers. 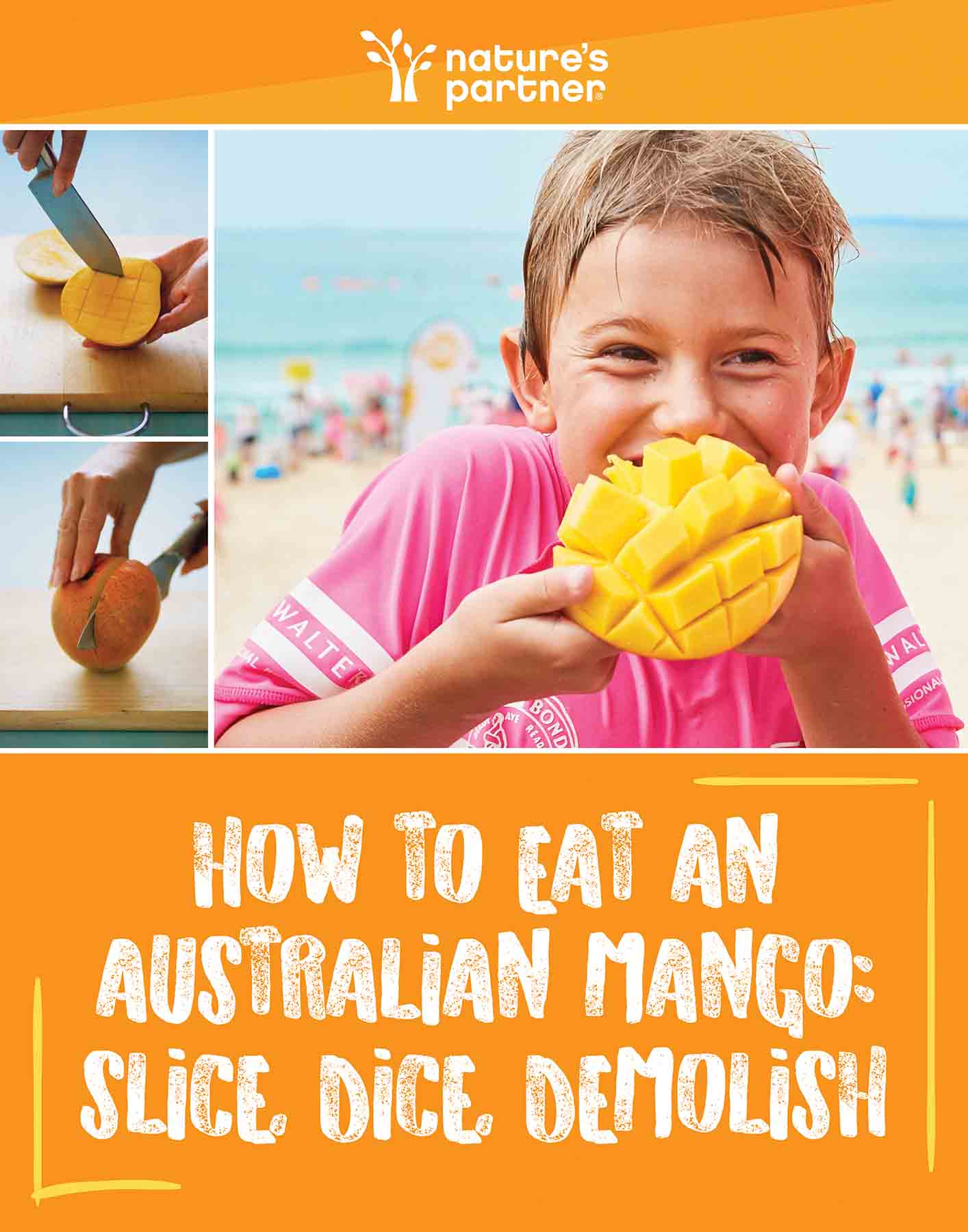 PLAN OBJECTIVES: To double the sales of Australian Mangos, the most expensive mangos sold in the United States, over the previous year in Western U.S.-targeted accounts; to create compelling merchandising displays via marketing support; and to stage sampling demos to educate consumers and trial mango varieties, encouraging repeat purchase.

CAMPAIGN: During the period of Oct. 2018-Jan.  2019, Giumarra supported signage, grower stories, social media and sampling programs to encourage trial and purchase of three mango varieties. Retail penetration focused primarily on the U.S. West Coast based on demographics that include a high number of Australian ex-pats living in California, with the goal of expanding distribution in future years. One retailer ran a sales contest, while others opted for ad programs or digital campaigns.

RESULTS: At the retail grocery level, there was between a 100% and 240% increase in cases sold this year vs. last year. Also, additional revenue was generated in the cut-fruit program, depending on the varieties and length of the program by each retailer. Direct marketing efforts were excellent for the first-year trial, with a less than 3% return.