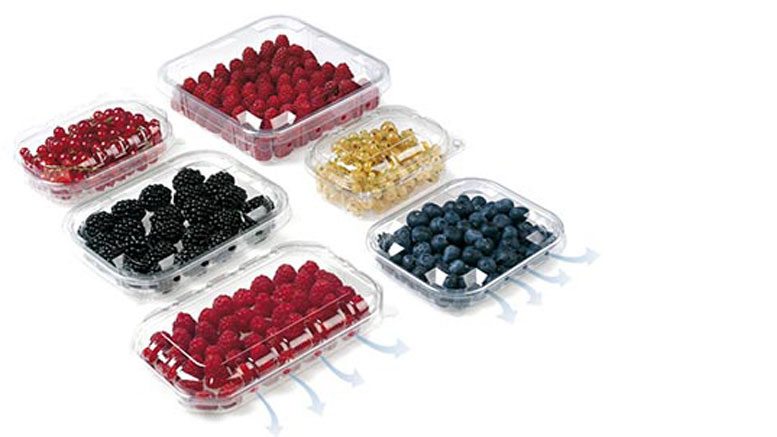 Reducing costs, waste and the potential for food contamination have emerged as three key trends for the European packaging and packing industries as production costs continue to rise and protecting both the environment and the consumer become increasingly important.

According to leading players within the industry, the high cost of raw materials and labor across the European region has prompted demand for less or cheaper packaging and increased automation of the packing process.

The sector is also responding to environmental calls to cut both packaging and food waste by offering recyclable, biodegradable or recycled packaging and extending the shelf life of produce.

In addition, manufacturers are starting to play an important role in improving food safety as they develop increasingly automated machinery and more hygienic packing solutions to reduce the potential for contamination.

“In some European countries, labor costs are huge while a lack of labor is also a problem, and those issues are emerging in the U.S. too,” explains Ron van de Pavert, owner of BrimaPack, a Dutch manufacturer located in Ulft, Netherlands, of fruit and vegetable packaging solutions.

“If you look at the vegetable business in particular, prices aren’t really going to get any higher; so if a grower wants to earn more money, he has to cut back on costs. Our systems reduce the need for labor, and therefore offer the potential for growers to reduce their costs by up to 50 percent.”

Van de Pavert singles out productivity, costs and food safety as the biggest issues for the produce industry at the moment. “There is still a lot of money that can be saved by developing packing equipment that makes it as easy as possible for the workers to pack, and saves on labor costs. Productivity goes up if the packing process is easier, while if you use fewer people or less packaging your costs go down.”

To that end, BrimaPack is working on several projects. To reduce the cost of bunching and labeling, the company developed a new concept in collaboration with Sroka Processing Systems (a company in Bochum, Germany that develops and produces binding systems and special machines for market gardening and wholesale trade) that binds per hour up to 3,000 bundles of produce such as spring onions, asparagus and herbs while simultaneously adding a label.

“Some suppliers bind and label by hand, or they use plastic clips or special rubber bands that come with a fixed label,” notes van de Pavert. “But they are all expensive methods. Our system allows you to incorporate your own locally sourced labels and the machine does it all for you. You get a return on your investment in less than a year.”

For the field, the firm developed electronically driven vehicles that cut labor costs and are cleaner and cheaper to power, plus a self-propelled harvester. In January, BrimaPack also launched a new tight packaging film with a seal at the butt to significantly extend the shelf life of broccoli, cauliflower and cabbage by six to eight days and thereby reduce food waste.

“We optimize the natural atmosphere inside the packaging film without the use of chemicals, gases or expensive laser perforation,” explains van de Pavert. “The film extends the shelf-life naturally without expensive perforation and no additional substances to absorb the ethylene. The vegetables taste better for longer.”

With food safety and traceability already a big issue in Europe, and a growing concern in the U.S. following scares with melons and lettuce, BrimaPack is keen to develop additional solutions that respond to industry challenges.

Already, the firm is working on an automated packing system for melons while testing an antibacterial packaging film for melons that eliminates fungi and pathogens like e-coli. Van de Pavert expects both trials to yield results in one year’s time.

The next step in search of food safety, according to van de Pavert, is to make packing systems completely automatic where even placing the product in the packing machine is automatic. “The idea is to improve food safety through mechanization as you reduce the number of people touching the product,” he points out. “But of course you have to ensure a return on investment.”

Saving costs, being greener and tightening food safety is also a goal at Bertinoro, Italy-based Polymer Logistics (a company specializing in Retail-Ready Packaging with plastic containers and pallet pooling services), which is currently trialing a plastic produce pallet that is designed to be a cheaper, more durable, greener and safer alternative to the conventional wooden pallet.

“The industry hasn’t really evolved from the wooden pallet, so it’s time for a change and to think of something smarter,” suggests managing director Adrian Dale. “We know wooden pallets are heavy, need repairing, can’t be cleaned and are potential bug and fungus traps. So we think there’s scope to save costs, be more environmentally friendly and improve food safety.”

Dale claims the plastic pallet designed by Polymer Logistics is lighter, requires less maintenance and fewer laborers, plus it is nestable and therefore takes up less space in warehouses or distribution centers as well as on vehicles, which is particularly cost effective in reverse logistics.

With the economical and environmental benefits already being recognized by users in the trial Polymer Logistics is hopeful its new concept will be fully introduced to the market by the end of this year.

“We’re seeing a reduction in the amount of plastic being used, so there has been a lot of substitution of rigid plastic lids in favor of film/top-sealing lids because they’re cheaper and more environmentally friendly,” he explains.

In the future, top-sealing lids will replace clamshells as the preferred packaging solution for produce, especially berries and table grapes, according to Mariani. “Top-sealing trays use at least 33 percent less plastic than a standard clamshell, so the cost savings are significant. Not to mention the environmental benefits of producing less plastic.”

Mariani believes top-sealing trays will completely revolutionize the produce packaging industry, particularly in a market like the U.S. where he claims the berry industry alone uses 1 billion clamshells each year. “By reducing the weight of each tray by only 10 grams, you can cut plastic production by 5,000 tons and save approximately $6.5 million a year.”

Infia prides itself on constantly striving to improve its packaging offer in order to reduce the environmental impact and lengthen the shelf life of food products. To that end, the firm created a new side ventilation system for punnets of table grapes, tomatoes and soft fruit called “F Concept,” which Mariani claims allows for a “dramatic” reduction of condensation in top-sealing trays.

As a result, the F Concept improves productivity in the packhouse and slows down the ripening process of the fruit, ensuring a longer shelf life and less waste. “F Concept packaging pre-cools 25 percent faster; saving 25 percent on energy costs and reducing by 25 percent the CO2 emitted into the atmosphere, which leaves a smaller carbon footprint,” says Mariani.

“The industry is seriously looking for alternatives to packaging based on fossil resources, so we are ripe for change even though the prices of natural packaging are much higher than plastics,” predicts Reichl.

Reichl says Austria is leading the way in the development of bio-brands for the food sector with VPZ already having spent 20 years focusing on the research and development of net packaging made from natural fibers.

The concept is environmentally friendly, both in production and in waste disposal, and was recently nominated to win the innovation award at Fruit Logistica 2014. After much success in Europe VPZ is now discussing future cooperation with two clients in the U.S. and one in Canada.

“In the fresh fruit and vegetable sector, we could really achieve a big shift toward eco-friendly packaging,” asserts Reichl. “In Austria Rewe started with potatoes, onions and beetroot. For the last year, ALDI’s Hofer stores in Austria have also been using the bio nets and now uses them for citrus and black radishes.”

Reichl claims VPZ’s compostable packaging nets look more natural, give a coherent image for both organic food and packaging and improve shelf life. “The silky surface not only feels good for the consumers, but it also protects sensitive contents such as zucchini or thin-skinned avocados,” she says. “The breathable natural netting offers consumers the added benefit of keeping the produce fresh for an extra two to three days, and also prevents potatoes and onions from sprouting.”

Going forward, VPZ is concentrating on the development of a new production process for the tubular nets as well as net bags that are also made from cellulose for both manual filling (single bags) and automatic filling with the aim of making them economically more competitive. A further research project is underway for compostable labeling, while the use of natural dyes is another objective for the firm.

Reducing food waste is a major area of focus for many other European packaging manufacturers, including Dutch firm NNZ headquartered in Groningen, Netherlands. “We emphasize the role that packaging plays in reducing food waste,” confirms innovation manager Alies Gonlag.

NNZ offers two new products that can reduce food waste through spoiling. For tomatoes on the vine Gonlag claims adding NNZ’s Flow-Fresh® film to cardboard cartons or plastic trays can reduce the deterioration of quality.

“Tomatoes on the vine are very sensitive to mold formation due to moisture build up in the pack, so we are proposing usage of a film with improved ventilation properties,” she explains. “Using a film with a portion of net material (Flow-Fresh), mold formation was still absent 11 days after harvesting.”

For apples, NNZ developed a concept called Paper-Fresh tray, which protects the fruit’s sensitive skin during handling and transport. “Apples are very sensitive to browning,” explains Gonlag. “By making use of one compartment per apple, the apples maintain their quality throughout handling in the supply chain and in retail.”

Many European manufacturers already supply packaging products or packing machinery to the U.S. market and most see potential to boost business stateside. But although a number of European innovations lend themselves well for use by U.S. industry players, encouraging businesses to part with age-old practices may be difficult.

“The interest is certainly there, but decision making is slow,” says van de Pavert of BrimaPack, which exhibited at United Fresh 2014. “We have references from our customers all over the world in Chile, Brazil, Taiwan, Iceland and across Europe and Russia, but it’s difficult to convince someone to move away from what they’ve been using for 30 years.”

Van de Pavert claims U.S. growers are also hesitant to invest in changing their packaging in case the retailers repack before sale. “It will take time,” he concedes. “Before 2006, Tesco in the U.K. had never changed its way of packing broccoli and lettuce, and now our concept is their preferred packaging.”

Dale at Polymer Logistics concurs that acceptance of change is a long process but points out if a product is right for the market it will ultimately succeed. “You need to demonstrate the benefits of making that change, and endorse the help of those early adopters to sell the idea to others,” he explains.

Indeed, Infia’s Mariani points out that Europe already had to adapt to a lack of labor with innovations such as automated packing systems, the U.S. still has a large availability of manpower.

“You could say Europe is ahead of the U.S. in terms of the automation of the packing process,” he says. “But there will come a time when the U.S. needs automation too. We have lots of packaging concepts that could be interesting for the U.S. The first and foremost is using a top-sealing tray instead of a clamshell, where we have more than 20 years’ experience and are the largest manufacturers in the world with a huge range of products.”