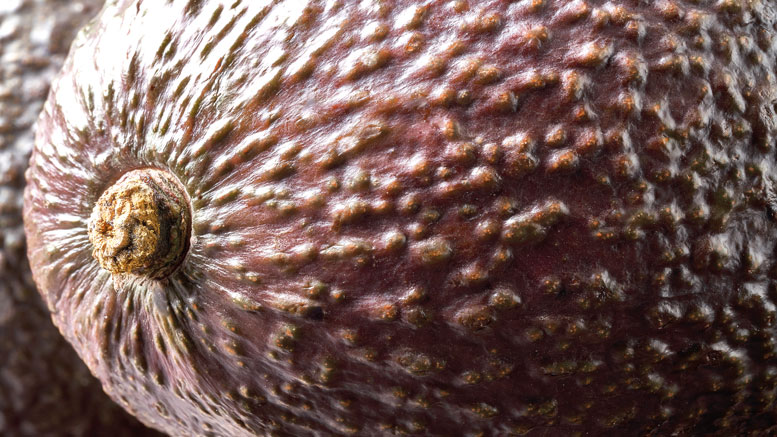 PHOTOS COURTESY OF AVOCADOS FROM MEXICO AND VILLITA

The marketing season ahead will be particularly ripe for prolific fruit and promotional opportunities.

It takes green to make green. This is certainly true when it comes to Mexican-grown avocados and register rings at U.S. supermarkets. In fact, avocado production for the 2020/2021 marketing year is forecast 7% higher than last year’s nearly 964,000 metric tons valued at over $2.4 billion exported to the U.S., according to the report, Avocado Annual, published Sept. 20, 2020, by the U.S. Department of Agriculture’s (USDA) Foreign Agriculture Service.

“Avocados are one of our most important produce commodities, ranking in the top 15 to 20 in produce sales year-round,” says Max Maddaus, produce director at Kowalski’s Markets, an 11-store chain based in St. Paul, MN. “Mexico is the most important supply source in our world. Promotions are all about driving incremental sales.”

Mexico received a green light to export its avocados into the U.S. in a limited way in 1997 and to all 50 U.S. states in 2007. This same year, Mexico overtook Chile as America’s leading import supplier for this fruit. A decade later, Mexico accounted for 89% of fresh avocado imports into the U.S., according to the USDA’s Economic Research Service’s Fruit and Tree Nut Yearbook Data released in October 2019.

More fruit, available more months of the year, plus marketing programs designed to educate and entice American consumers on the flavor, uses and health benefits of avocados, has tripled U.S. avocado consumption in less than two decades to 8 pounds per person in 2018. Indeed, avocados ranked fifth in the top 10 fruit categories by sales at retail in 2019, behind apples, grapes, bananas and strawberries, according to the Washington, D.C.-headquartered United Fresh Produce Association’s (UFPA) FreshFacts on Retail, Year in Review.

“Avocado sales have increased more than any single commodity over the last 20 years with no sign of stopping,” says Kirk Marquardt, vice president of North American avocado sales for Del Monte Fresh Produce, headquartered in Coral Gables, FL. Therefore, “retailers should know that the more you promote, the more consumers will buy.”

Looking ahead, supplies of Mexican avocados should be ample to promote all season long, according to Alfredo Rodriguez, chief operating officer of Villita Avocados, in Pharr, TX. “Usually the peak goes from January through April. This season, we could see similar levels of supply until the end of the season in June.”

The key to maximizing sales of Mexican avocados is to use multifaceted promotional strategies.

1. PRICE. “Since supply should be plentiful, there should be good pricing throughout the season and ample opportunities for ad promotions,” says Dan Acevedo, director of business development for GreenFruit Avocados, based in Newport Beach, CA.

The projected stability of the crop this year, as opposed to supply constraints seen at times last season, means growers will be better able to support retailers in planning ads further in advance, according to Giovanni Cavaletto, vice president of sourcing at Index Fresh, in Riverside, CA. “Instead of week to week deals, I think we’ll see ad programs set comfortably for three to four weeks out.”

Many importers of Mexican avocados, such as Oxnard, CA-headquartered West Pak Avocado, partner with Avocados From Mexico (AFM), the Irving, TX-headquartered not-for-profit marketing arm of the Mexican Hass Avocados Importers Association, MHAIA and The Association of Growers and Packers of Avocados From Mexico (APEAM), to promote this fruit. In this way, “we have seen an excellent response to retail merchandising and couponing to help drive sales and reinforce avocado-buying loyalty,” says Joe Nava, vice president of sales and business development.

2. CYCLE THROUGH THE CATEGORY. The majority of Mexican-grown avocados exported to the U.S. are of the Hass variety. Yet, it’s not one size fits all on the produce department’s shelf. Retailers nationwide carry numerous SKUs: large and small-sized fruit, bulk and bags, and conventional and organically-grown.

“We run avocados on ad every other week,” says Paul Dziedzic, director of produce for Bristol Farms, a 19-store upscale chain headquartered in Carson, CA. “It might be four for $10 on the 28-count size or small fruit two for $1. We typically carry two sizes of avocados, each in conventional and organic.”

Sizes of Mexican avocados this season will peak in the 48s and 60s.

“Larger fruit in promotable volumes may be hit or miss this season. Smaller fruit can sometimes be hard to find. However, different from eight to 10 years ago when we almost had to give away the peewee sized fruit (sizes smaller than 84s), marketing these now as a ‘personal size’ has revolutionized small fruit demand,” says Index Fresh’s Cavaletto.

West Pak’s Lil’ Cados capitalizes on this trend with six-count bags of small fruit billed as single-serve in size, says Nava. “This on-the-go, small avocado brand addresses user convenience and minimizes food waste. It’s one of our bag brands that empower retailers and optimizes the excitement of avocados geographically, seasonally, demographically and by use.”

Bagged avocados, in general, have seen greater interest over the past few months, says Allan Acosta, director of sourcing for Robinson Fresh, headquartered in Eden Prairie, MN. “Whether this increase is due to consumers making fewer trips to the store, therefore buying items they love in larger quantities or the idea that a packed item gives the consumer the idea of ‘safe’ food, but we do know bagged avocado purchases have increased.”

Villita Avocados’ Rodriguez agrees and adds, “Multiple avocados sold in a bag at a promotional price may be the most effective strategy for a quick increment in avocado sales. Bags can be customized according to the retailer requirements of size and count to meet a specific price point. Conventional, organic or #2 category avocados can be part of the offer to different segments of the market.”

Both by the each and bagged, the most successful promotions feature the right ripeness of fruit, says Rodriguez. “Promotional pricing on ripe avocados may attract new consumers to the category since ready to eat fruit makes it easier to use for people who have no previous experience with the product.”

At Kowalski’s Markets, Maddaus says he works closely with the retailer’s wholesale partner to deliver pre-conditioned and conditioned fruit available. “This is so consumers can find something they can buy something to eat that day, in one to two days and three to five days.”

Robinson Fresh has recently developed a packaging concept that makes avocados part of a weekly routine with its Daily ‘Dos. This product offers four avocados in one proprietary tray that is lined with an ethylene-absorbing film such that each fruit is in a different stage of ripeness. The result is that consumers can eat avocados regularly over several days without having to go to the store, and retailers can sell four fruit at once rather than one or two, all while reducing food waste and shrink.

3. DISPLAY CONTESTS. Villita Avocados has supported several retailers in promotional display contests. This includes Rouses Markets, a 64-store chain headquartered in Thibodaux, LA, that, in December 2019, earned the Guinness World Record title for the world’s largest avocado display. Bright yellow Villita-branded boxes with a total of 112,000 individual Hass avocados from Mexico were stacked nearly ceiling-high in one big waterfall display in one of the chain’s uptown New Orleans locations. The chains chefs sampled avocado recipes such as pork carnitas tacos and guacamole with Hold Nola Chips throughout the week, Rouses’ registered dietitian spoke about the fruit’s nutrition and AFM provided coupons where shoppers could purchase three avocados for 25 cents.

4. SEASONAL & SPORTS THEMES. “Avocados From Mexico offers marketing support throughout the year, and we make sure to remind our retailers so they can take advantage of these promotions,” says Jason Kazmirski, retail specialist at Seattle-headquartered Charlie’s Produce, a wholesale distributor that counts several independent and major chain retailers as its customers.

This year we have a line-up of exciting national seasonal programs,” says Stephanie Bazan, AFM’s vice president of trade and market development. “As we kick off the fall season as the primary avocado brand available, our biggest opportunity is to grow consumption and demand between October and December and convert this time to the level of demand to that of the Big Game. We are boosting basket ring this fall with our Guac the House program, a 360-shopper marketing solution based on the insight that consumers are spending more time at home resulting in more in-home eating as well as investing more in upgrading their homes. Our program will feature a sweepstakes for a shoppers to win a chance at a $500,000 new home and $150,000 in other great prizes including a kitchen makeover, backyard upgrade, home entertainment package and the ultimate home office. The program also offers eye-catching display solutions and a national incentive contest. AFM is also driving awareness with digital and social media support.”

In the first half of 2021, AFM’s other 360-shopper marketing programs are a football-themed Gameday Guacamole Bowl, January 4 to February 7; Taco Tip Off, which takes advantage of College Basketball Championships and runs from February 21 to April 5; and Cinco de Mayo, April 11 to May 9. New this year is a Savor the Summer promotion set for May and June.

The COVID-19 pandemic has shifted economic and behavioral norms for avocado consumers, says Bazan. “We uncovered several shopper insights that are driving the path forward: the acceleration of e-commerce, the shift of the shopping mindset with pre-shop becoming more critical for planning and inspiration, and the growing worry of consumers about their finances. We have also learned that while bulk avocados matter, there was a shift to bags due to better value, safety and faster pick. In addition, there is also a shift in mindset with consumers needing avocados to stay fresh longer. Therefore, we re-aligned our company-wide strategy to focus on reinforcing a value proposition with the goal to get one more avocado in the basket through impulse driving displays, loyalty programming or a focus on bags,” says Bazan.

It is hard to say if avocados are automatically part of shoppers’ holiday food purchases or not, adds Robinson Fresh’s Acosta. “However, we can say that nearly every holiday sees an increase in avocados sales. We think it’s now become part of gatherings or people getting together. Plus, as we’ve pulled and evaluated IRI data from the 2019 season on avocado sales during the holidays, we’ve seen an 11.7% five-year CAGR in volume, so we know there has been a steady increase in sales for avocados.

The Superbowl and Cinco de Mayo are the two largest holiday occasions for Mexican avocado sales at Kowalski’s Markets. “It’s a huge opportunity for sales. We’ll build displays and use balloons to make football-themed goal posts that attract shopper’s attention. It’s also a good time to cross merchandise, and we’ll tie in our private label tortilla chips and own store-made guacamole,” says Maddaus.

Between reinforcing seasonal recipes and the nutritional benefits of avocados, the holidays are a time to celebrate the love of this green fruit, according to West Pak’s Nava. “In our minds, that’s the key to promoting avocados seasonally.”

6. KNOWLEDGE IS PROMOTIONAL POWER. AFM, in an effort to fulfill the rising need for avocado education in the B2B space, has recently launched its first-of-a-kind program, Avocado University. This free online certification program provides valuable avocado produce knowledge and techniques to maximize avocado sales and reduce shrink to both retail and foodservice produce professionals.

Finally, what should retailers anticipate in terms of overall sales this season, especially when capitalizing on the many promotional opportunities available from importers and AFM?

“Avocados have a track record of double-digit growth year over year, and we expect the same growth this year,” says Robinson Fresh’s Acosta.