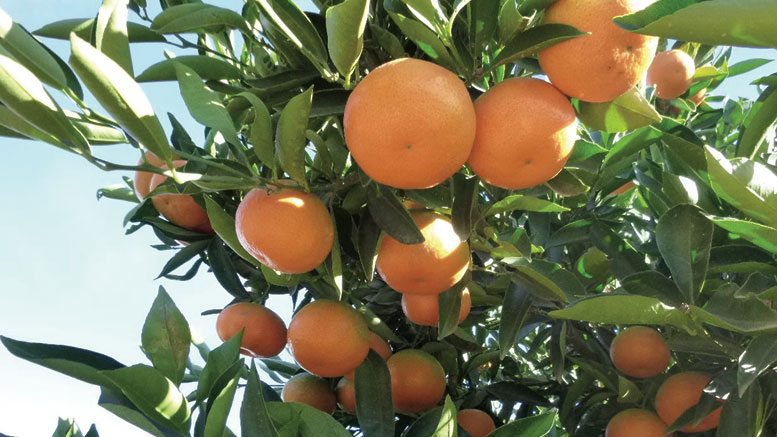 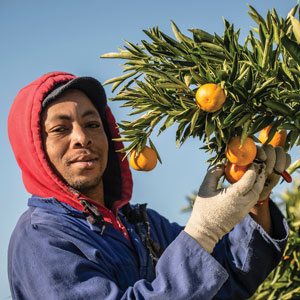 When Richard Stiles, director of produce and floral for Redner’s Markets in Reading, PA, with 44 stores, mentioned to a young co-worker about not having summertime citrus 20 years ago, he remembers she looked at him as if he had three heads. “It’s unbelievable to think these products were not available,” he says. “It’s important to have citrus year-round, especially Mandarins and Navels. South Africa plays an important role in ensuring our year-round supply.”

Summer citrus remains a vital item at Food King, a five-store discount chain operated by Lowe’s Markets in Lubbock, TX. “Especially in the summer, citrus is an important component of recipes and drinks,” says Jose Vargas, produce manager. “South Africa is a quality citrus source in the summer. Without this supply we’d lose quite a bit of sales.”

In the past 18 years, South African citrus established itself as a staple item during the summer/fall period, according to Mark Hanks, senior director at DNE World Fruit, a Fort Pierce, FL, division of Wonderful Citrus Packing. “Domestic citrus is out of season and South African citrus has developed a reputation for consistent quality. The program has grown from less than 1 million cartons overall (for both Clementines and Navels) to more than 3.6 million cartons of Clementines, Navels, Midknights, Cara Caras and grapefruit.”

Kim Flores, marketing director for Seald Sweet International in Vero Beach, FL, has witnessed South African citrus volume grow each year and says demand has grown along with it. “Since the beginning of the Southern Hemisphere citrus program in the late 1990s, volumes imported into the United States have grown from about 13,000 metric tons to record shipments of more than 60,000 metric tons in 2016,” she says.

“Summer citrus is a proven, reliable and profitable program. The average citrus consumer wants citrus year-round, regardless of the season.”

South Africa’s counter-season presents a mutual advantage for producers and buyers alike. “It fills the void when domestic citrus is absent due to seasonality,” says Miles Fraser-Jones, director of global business development for Seven Seas in Iselin, NJ.

Adaptability allows marketers to fit specific gaps. “For navels, the ability to adapt our arrival timing to dovetail the end of the U.S. domestic crop is crucial,” says Chuck Yow, director of U.S. sales and business development for Capespan North America in Gloucester City, NJ. “We can ship South African fruit to the East Coast in June, or wait until July; we always offer fresh arrivals and avoid gaps in our ability to service customers.” 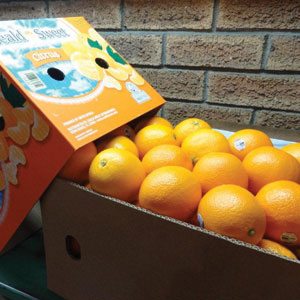 Summer presents an opportune time for promoting the refreshing flavor profile of citrus. “Summer citrus is a proven, reliable and profitable program,” says Flores. “The average citrus consumer wants citrus year-round, regardless of the season.”

Though retailers often downplay citrus offerings during the summer to make room for local and summer crops, Yow urges them to still promote. “Imported citrus quality is excellent, and products are varied such that consumers who want citrus year-round are being well-served,” he says.

As eating quality of fruit from South Africa has improved, so have sales. “The quality of South African citrus is far superior to other countries of origin competing in the market space at that time,” says Fraser-Jones.

Yow maintains the quality of South African citrus is excellent due to consistently high brix levels. “Mandarins are good size, have few seeds and exhibit good color,” he says. “The eating quality of Navels is outstanding, and Cara Caras also have exceptional brix levels and balanced flavor.”

According to DNE’s Hanks, Navels and Clementines continue to be the two biggest volume items in the category. The Citrus Growersh Association of Southern Africa (CGA), Durban, South Africa, estimates a 19 percent increase in Valencia orange exports and forecasts Navels with a small increase of 1 percent year-over-year.

This season, Fraser-Jones encourages retailers to focus on Cara Caras and late Clementine varieties (such as Nadorcott) available September through October. “Star Ruby grapefruit may also gain popularity,” he says.

Though Cara Caras may post smaller volume, Yow says customers are happy with the quality. “Consumers purchasing the fruit come back for return sales because of the eating quality,” he says.

South Africa’s orange offerings are rounded out by the Midknight. “This is a seedless, good eating Valencia,” says Yow. “Midknights are available near the end of our import orange season and allow us to extend our orange programs for those retailers valuing the product’s excellent quality, deep color and good flavor.”

Opportunity In New And Old

South Africa offers retailers a way to continue capitalizing on the increasing demand for trendy, easy peel citrus like Clementines. “The popularity of Clementines is huge in the spring, and being able to keep this momentum into summer increases sales,” says Stiles.

Conradie notes easy peeler citrus continue to be among the most popular items from South Africa due to their exceptional sweetness and seedless variety. Fraser-Jones of Seven Seas reports an increase in Clementine varieties in recent years of 15 to 20 percent.

Easy-peelers are the growth commodities of the citrus category, according to Seald Sweet’s Flores. “Each year we bring in more Mandarin volume and the market continues to absorb it and ask for more,” she says. “South Africa has exceptional late-season Mandarins — very high quality, sweet, juicy, delicious.”

Once thought a dying product, grapefruit is experiencing a resurgence of growth. “Many retailers now ask for grapefruit because of the high quality of the product,” says Capespan’s Yow. “The South African Star Ruby grapefruit program has grown dramatically in volume in the past three years, and will grow again this coming summer.”

The CGA forecasts grapefruit exports to rise 14 percent year-over-year to 13.8 million cartons this season — closer to 2015 and 2014 season levels.

Importers attribute the growth in South African grapefruit sales to the Star Ruby’s eating quality, size and color. “This fruit rivals Texas red grapefruit varieties with its beautiful color and excellent sugar-acid ratio,” says Yow. “Each container is juice-tested by the USDA, which requires a high sugar-acid ratio for the product to gain entry into the United States.”

Grapefruit sales have increased slightly among Food King’s customers, but Vargas envisions even greater potential. “They’re not what I think they’re going to be,” he says. “People are starting to rediscover the health benefits of grapefruit, and this will lead to major future sales.”

Redner’s Stiles advises stores to aggressively promote throughout the summer. “Don’t just put citrus in line and have it sit there,” he says. “Continue to draw customers’ attention to it. The cost allows for good retail and promotable volume. Summertime is a great opportunity to promote easily portable snacks such as citrus.”

Flores concurs. “Big displays are impactful and move volume,” she says. “Demo product during peak season when flavor is ideal.”

“We offer ad dollars and ad lid programs, meet the grower and sampling support, merchandising tools, and secondary displays or pop up bins.”

Marketers recommend a South African destination section for maximum effectiveness. “Display all the South African citrus items together to create a bigger impact with customers,” says DNE’s Cowan. “You can boost sales by featuring different items on end-cap displays each week to increase the visual appeal.”

Yow lists adequate planning as a crucial building block for successful summer sales. “Getting as much information as possible from our retail and wholesale partners is critical to meeting their summer needs,” he says. “It takes weeks to plan, harvest and ship from South Africa. The more lead time we have for each commodity, the better we can meet our customer needs and avoid gaps or shortages.”

Pre-planning promotion is particularly important for Navels. “Since they arrive at the end of June, this can be a difficult marketing period as they compete head-on with domestic summer fruits,” says Seven Seas’ Fraser-Jones. “It’s important to do promotional campaigns through July and early August to create movement of available product, which in turn sets demand.” 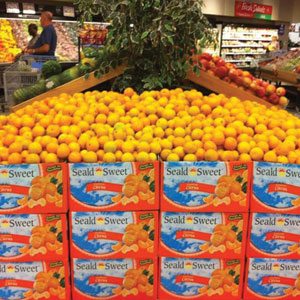 Marketers such as Capespan offer an array of marketing support for South African citrus customers. “We are focused on driving sales in all our South Africa offerings,” says Yow. “We offer ad dollars and ad lid programs, meet the grower and sampling support, merchandising tools, and secondary displays or pop up bins. We tailor our marketing efforts to exclusively meet with the retailer’s go-to-market strategy.”

Promotional funds are available from Summer Citrus from South Africa, and some companies such as Seald Sweet provide matching funds. “It’s a collaborative approach,” says Flores. “Quick-acting retailers have the opportunity to take advantage of this funding. However, it’s available on a first-come, first-served basis.”

Throughout the season, the organization will engage with consumers through email marketing, partnerships with major food bloggers and on social media pages. “We’re excited for the opportunities our new branding offers,” says Conradie. “This year, we’re focused on a brand roll-out at the store level and building on the momentum created last year when our marketing efforts were primarily digital.”