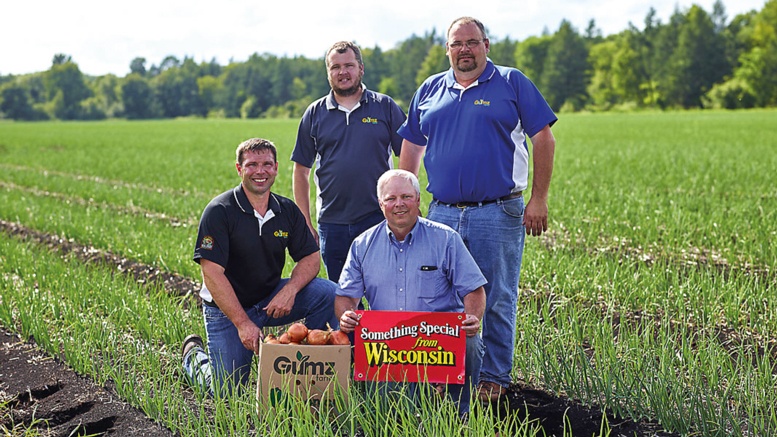 The region’s strategically located shippers supply most of the country.

America’s Heartland is known as the most productive grain-producing region on earth, hence the name breadbasket. From the time the ground warms in the spring until the first cold snaps in the late fall, this strategically located region also supplies most of the country a cornucopia of fruits and vegetables.

During the spring and summer, the Midwest enjoys a transportation advantage over the other major fruit and vegetable producing regions in California, Florida and Mexico.

“The major advantages of growing in the Midwest are: we can supply ‘local’ produce to many areas, and we are able to offer next-day deliveries to two-thirds of the U.S. population,” says Loren Buurma, chief financial officer of Buurma Farms, Willard, OH.

Local production is a big drawing card for Midwestern retailers. “For the ones we are able to do business with, we are able to demonstrate timely deliveries and are able to be very responsive because we are so close to the market,” notes Rod Gumz, co-owner of Gumz Farms, which grows and ships yellow, red and sweet onions and red and yellow potatoes from Endeavor, WI. “The consumer values it (local), so some of the retailers do as well. With the pandemic, people are talking more about supporting local and supporting businesses that support local areas and communities.”

Loren’s ancestor, Frank Buurma, worked the celery fields outside Kalamazoo, MI, in the 19th century until he joined other Dutch immigrants who drained available swampland and turned Willard into a premier vegetable region.

Starting with celery planted in a four-acre plot, Frank’s share of the reclaimed swamp, Buurma and his descendants built a 2,500-acre mixed vegetable operation with fields in two states using the most modern equipment to serve markets spanning the eastern two-thirds of the country.

“Summer thunderstorms can make a mess of our crops,” says Buurma. “We farm in two states to spread out our risks. That strategy protects us from damage of localized storms that would knock us out of production for a few days, and it helps us have consistent supplies for our key customers.”

Harvesting in two states also makes it possible for Buurma Farms to offer radishes from May to November, beets and parsley from June to November, carrots and parsnips from July to November, and many kinds of squash, pumpkins and sweet corn from August to November.

The company also ships lettuces, endive, cabbages, cilantro, dill, and other greens, along with peppers, kale and eggplant from late spring to early fall.

Buurma Farms is among several diversified growers in the eight-state region who ship an impressive variety of fruits and vegetables to supermarkets in the eastern two-thirds of the country.

“The Midwestern states of Illinois, Indiana, Iowa, Michigan, Minnesota, Missouri, Ohio, and Wisconsin are often called the ‘Corn Belt,’” according to an October 2017 U.S. Department of Agriculture report: Climate Hubs Agriculture in the Midwest. “There are more than 127 million acres of agricultural land in the Midwest, and in addition to 75% of that area in corn and soybeans, the other 25% is used to produce alfalfa, apples, asparagus, green beans, blueberries, cabbage, carrots, sweet and tart cherries, cranberries, cucumbers, grapes, oats, onions, peaches, plums, peas, bell peppers, potatoes, pumpkins, raspberries, strawberries, sweet corn, tobacco, tomatoes, watermelon and wheat.”

The availability of fresh fruits and vegetables is a measure of the arrival of warmer and longer days.

“You look for it to begin in the spring,” says Nate Stone, special projects manager at Ben B. Schwartz & Sons, Detroit. “There are some early varieties like radishes, and the volume and variety keep increasing as the season warms up, and the days get longer. You can have frost up until Mothers’ Day. People used to put their crop in the ground by the Farmers’ Almanac, but now I think they’ve gotten more sophisticated.”

Since the turn of the past century, Ben B. Schwartz has wholesaled a full range of fruits and vegetables from its facility at the Detroit Wholesale Market, which has been strategically located for 90 years just across the Detroit River from Windsor, Canada, and Highway 401 to Toronto, and right on Highway 75 headed south along the banks of Lake Erie to Toledo, OH, and beyond.

“The season starts in mid-April and it gets hot in late June,” says Dan Corsaro, vice president of sales and marketing at Indianapolis Fruit Company, Indianapolis. “Out of this area people look for tomatoes, melons, peppers, sweet corn, kale, squash, and Michigan asparagus and blueberries.”

Some Midwest grower-shippers supply a variety of fruits and vegetables to most of the country over a long season.

“Our harvest season begins the first of June, and we ship all the way to the end of November,” says Todd Miedema, director of sales at Miedema Produce, Hudsonville, MI. “We start with radishes at the beginning of June; by the third week of June we have turnips, leafy lettuces, zucchini and yellow squash; celery and blueberries start around July 4th and peppers the third week in July; carrots, onions and hard squash start in August.”

“We serve all of North America during the Michigan season, especially anything east of the Rockies,” says Miedema. “We’re experiencing more competition on mixed vegetables out of Mexico in the summer; Mexico has been increasing the past 10 years. Canada has a favorable exchange rate, and they give us competition.”

Proximity to the major population centers of the Midwest and Eastern seaboard is a major advantage for this region’s produce wholesalers and shippers.

Logistics advantages help lower transportation costs. “Our proximity allows for less freight costs, which is an advantage at different times of the year when trucks are tight,” says Gumz Farms’ Gumz. “It’s easier to get a short haul versus a long haul. It may cost us $1 to send our products to some place, while it may cost someone else $5. We can find truckers who can get to Chicago and deliver and be home at night, as more people want to be home at night with their families. We are able to do that without a lot of trouble. We are able to supply a quality and consistent product through on-time deliveries throughout the year.”

“Our location offers a logistical advantage, allowing for a quicker response to order needs and quicker delivery, resulting in fresher product for consumers,” says Christine Lindner, national sales and marketing associate at Alsum Farms, Friesland, WI. “Alsum’s farmer-focused packaging works to connect the consumer with the grower. Additionally, in 2016 on the front of our Russet, red and gold potato packaging, we added ‘Wisconsin Grown’ along with the Something Special from Wisconsin logo. This helps Midwest consumers identify these potatoes are grown locally.”

The abundance of produce in the Midwest has spawned the development of numerous value-added produce items.

“We purchase cabbage from our growers and ferment it,” says Mac Anderson, chief marketing officer at Cleveland Kraut Company, Cleveland. “Our peak is during our local harvest from June to late September. We also source from other regions like the Southeast, so we have year-round product, and we ship throughout the nation.”

Many Midwesterners have a special affinity to particular local produce items, like the apples and asparagus grown and harvested in Michigan and shipped to consumers throughout the region.

Applewood Fresh is a major consolidator, shipping just short of a quarter of the apples grown in the state.

“Michigan’s food and agriculture system is vital and accounts for $91.4 billion in direct, indirect and induced economic activity annually,” says Antonia Mascari, vice president for marketing at Applewood Fresh. “The apple harvest is late, August through early November. We market our apples globally. We represent around 23% of the state’s total apple sales. Asparagus is a short season – May and June.”

While the Midwest is a major supplier of fruits and vegetables to the entire area east of the Mississippi, the growers and shippers of the region also have a special relationship with the more local communities.

“At Alsum Farms & Produce, we define local as anything grown in Wisconsin that can be marketed within Wisconsin and Midwestern neighboring states as local produce,” says Lindner. “Specific to the Midwest market, consumers seek out local, and Wisconsin-grown potatoes are positioned to fill that market demand. Growers continue to foster trusted relationships and partnerships with leading retail and foodservice markets to provide consumers with the choice to look for Wisconsin Potatoes and use their food dollar to support Wisconsin farmers.”

“Local remains hot,” says Lindner. “According to the FMI’s The Power of Produce 2019, 53% of consumers want expanded local assortment, and 44% specifically look for locally grown and try to buy it whenever possible. Locally grown products are a $20 billion industry, according to the USDA.”

“Major retailers support locally-grown produce as they seek partnerships with local farmers to provide fresh produce as they expand in the Midwest,” says Lindner. “Retail partners have recognized the local movement, and it has been a benefit for farmers to engage and create a farm-to-fork connection in marketing campaigns (TV, radio, digital and social media), in-store samplings and promotions.”

At the behest of their customers many retailers are redefining what they mean by local produce.

“The local movement continues to evolve; retailers are redefining local as their customers tell them what they think is local,” says Corsaro from Indianapolis Fruit. “The general trend is toward less food miles.”

While the trend is toward produce from farms closer to home, Midwesterners also think there is something special about their farmland and the people who have worked it for generations.

“Our state’s sandy soils and moderate climate provides optimal apple growing conditions, but challenges can be the ever-changing weather patterns,” says Antonia Mascari. “Our network of growers spans more than 11,000 acres of prime apple-growing land. They are passionate people who take pride in producing quality, flavorful fruit. Many of our growers come from multi-generational family farms and were born with ‘green thumbs.’ We represent an amazing group of growers that inspire our mission: to bring quality apples and amazing flavor to market.

“At Applewood Fresh, we consider ourselves more than just customer service, but we excel at that too. We are in the business of cultivating relationships. That means our strategy to representation is not a one-size-fits-all. We approach each one of our growers uniquely. We start with listening, learning and understanding. Then we take it from there.”