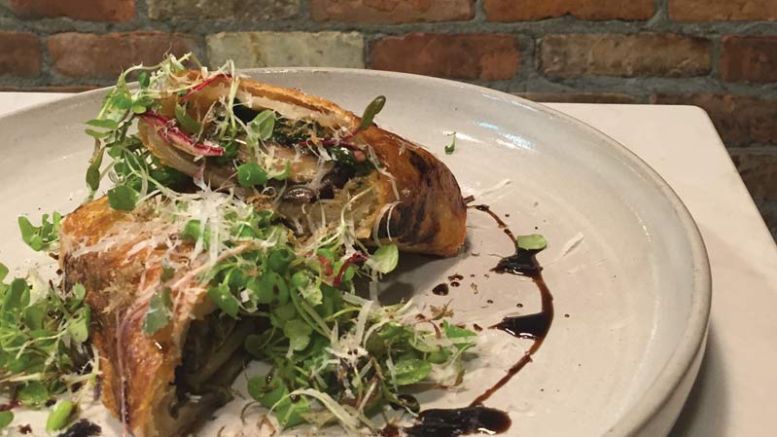 A star in its own right, the vegetable has “arrived” in Toronto. Elevated from its former role as a mere side dish on the omnivore’s plate and as a lead player on vegetarian-only restaurant menus, the humble veggies do not seek to replace meat, nor to stand beside it, but rather to express flavorful versatility.

Toronto-based food writer and researcher Mary Luz Mejia says the inventive menus at Toronto’s non-veggie-exclusive restaurants — such as the roasted cauliflower drizzled in tahini at the funky Fat Pasha, are making vegetables appealing, even to “die-hard carnivores.”

“I’m finding that more chefs are starting to put vegetables center-of-plate in creative, delicious ways,” says Mejia, who writes for Travel & Leisure magazine’s online platform, The Globe and Mail newspaper and Saveur magazine. “People seem to be receptive to creative ways of eating veg-based dishes now more than ever; whether in quick service restaurants like Kupfert & Kim [a wheatless and meatless QSR in Toronto], or at juice bars where green-based juices serve as the afternoon pick-me-up instead of espresso shots.”

Nick Liu, partner and chef at DaiLo, sees watermelon as something more than a refreshing snack at a summer picnic. In his hands and head, cauliflower is curried and melons are fried. His uncle’s spicy pickled watermelon rind, wrapped in pork belly, battered and fried, was the inspiration.

“When I recreated the fried watermelon dish, I wanted to base it on opposite contrast — hot and cold, soft and crispy, spicy and cooling, sweet and sour, salty and sweet, fried but refreshing. I knew conceptually having all these contradicting textures and flavors would create confusion and excitement. It was only when we put it on a plate for the first time we realized how well the dish worked,” says Liu, who opened DaiLo in fall 2014.

At Woodlot, fungi is king. The wood-fired Creamy Wild Mushroom Pie with Swiss chard is featured on a separate vegetarian menu. The Ember Grilled Hen-o’-the-Woods Mushroom starter is on both the veggie and meat menus. Sides include seared rapini and warm kale salad. Chef David Haman buys the mushrooms from Forbes Wild Foods in Toronto; and his greens from 4Life Natural Foods located in the nearby Kensington Market and Cookstown Greens in Thornton, Ontario, about an hour north of Toronto.

“Vegetables can be the star of the show with as much flavor and wow factor as any other item,” says chef Jason Kalinowski with Gordon Food Service (GFS) in Milton, Ontario. “Preparation and flavor pairing is key. With the rising costs in today’s world, chefs are seeking out cost-effective alternatives to stay on top of profits. Vegetables allowed creativity and big bold flavors to flourish without breaking consumers’ banks.” GFS supplies restaurants, hospitals, and hospitality customers throughout Ontario.

Julian Sarraino, of Fresh Taste Produce in the Ontario Food Terminal, is enjoying the challenges of supplying Toronto’s chefs. “There has been a boom in the restaurant business in the GTA [general Toronto area], which has sparked a new crop of artistic chefs who are requesting certain items,” says Sarraino, who sells 150 varieties of fruits and vegetables, including some lesser known commodities.

“It is how chefs distinguish themselves,” says Gus Bondi of Bondi Produce in Toronto. “We carry the specialty products that chefs want, like green Thai chili and Indian eggplant.”

Bondi’s son, Ezio, agrees. “Today, the back of the house is more important than the front of the house. Consumers follow chefs,” says Ezio Bondi, who added non-produce items such as oils and eggs to his inventory, to make orders and deliveries more efficient for the chefs. “Thanks to social media and the Food Network, if a chef is good, people will come.