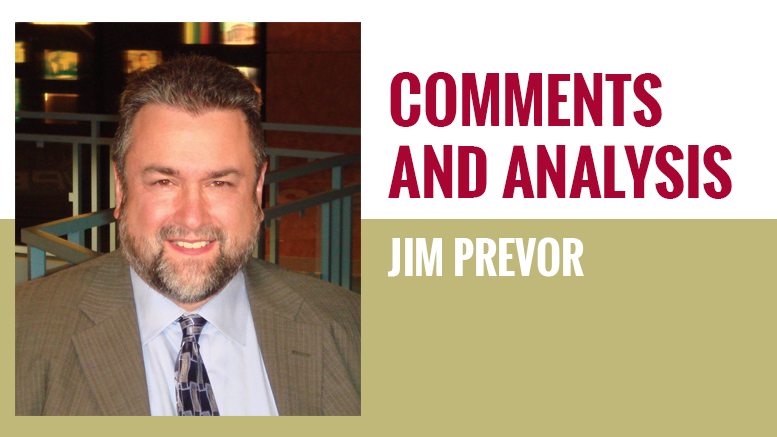 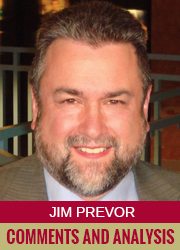 In the Declaration of Independence, the Founding Fathers expressed the reason for the issuance of the document: “A Decent Respect to the Opinions of Mankind.” It was in that spirit we decided once a year to issue a special note to our readers, to the industry. We made that decision in 1985, when we launched Produce Business at the PMA Convention in San Francisco­ — yes, this issue represents the 32nd birthday of what is now an industry institution.

Our special note is an expression of a core belief: regardless of the legal technicalities of ownership, a great publication is held in trust for the industry as a whole. As those high-end watch advertisements explain, “You never actually own a Patek Philippe. You merely look after it for the next generation.”

It is surely among the greatest ad campaigns in history because it transforms the purchase of an expensive watch from a wild extravagance to a multi-generational investment. Or maybe better than saying transforms, we should say it identifies the essence of the product.

Perhaps we were on to something all those years ago. For if we are to report honestly on our achievements and standing at this anniversary, we would have to say we find ourselves in the midst of a double vortex and the situation is so unsettling one could despair. But in meditating on our essence, it turns out what on the surface might seem like a position suitable for despairing is actually the Golden Ticket.

About the industry, the most important fact is the pace of change has accelerated to such a degree that relying on old, established and, indeed, successful business practices is certain to be an inadequate response to the fluctuating business environment. Such an attitude ensures, if not failure, a certain decline.

Thank you for the extraordinary opportunity to be at the center of so much excitement, value-creation and friendship.

The list is omnipresent: Amazon, Whole Foods, Lidl, Aldi, proprietary varieties, the surge of local, hydroponics, growth in new export sources such as Peru, the rise of China and much more — all not merely incremental challenges but transformative waves, simultaneously offering a severe threat and an extraordinary opportunity.

For us in the media business, the change is no less dramatic. Produce Business is a genuine miracle among publications, with 32 consecutive years of growth. But most print media is convulsed in uncertainty as publications strive to move online without a clear business model to sustain that goal.

Indeed, many advertisers seek to move online without understanding that in a highly concentrated industry, most of the metrics they so earnestly seek — like numbers of impressions and hits — are fundamentally meaningless in a world where virtually every supplier in the industry has fewer than 100 customers accounting for more than 80 percent of sales.

Yet the twin insights that have brought us through these 32 years are these: First, the more disruption, the more need for innovation, the greater the importance of collaboration and relationships… well, the more perfectly positioned we are. For since the first issue of Produce Business, we have discerned insight and shared it, while bringing together diverging parts of the supply chain.

Second, Produce Business as a magazine is one key tool in making collaboration and relationships happen, but it doesn’t restrict us. We can share insights and bring parts of the supply chain together in print, digitally, with podcasts, video, webinars, books, conferences, trade shows, research and consulting services, and so much more.

We are not limited by national borders, and we have operations around the world, with events in both the United Kingdom and the Netherlands and an office in Chile. We are not even limited by language, and we communicate to the produce industry every day in English, Spanish and Chinese.

It turns out these things reinforce one another, and by taking on challenging opportunities, like reaching out to build relationships in different countries and languages, we actually become smarter and more able to help the industry. All of this makes the original property, Produce Business magazine, better and more valuable and, yes, more successful.

So, at 32 we give thanks. As the Declaration declared, we give thanks to “the Laws of Nature and Nature’s God” for placing us in the middle of such change and for giving us the ability to capitalize on it as we work with an incredible team that sincerely cares for all we do and all the people we work with.

We thank our readers in print, online, and we thank our attendees at events for engaging in a sustained effort to allow each of us to reach his or her potential, and to allow each company to build better futures while the industry as a whole prospers. We’ll keep sharing our insights, we’ll keep building connections… and we’ll keep saying thank you for the extraordinary opportunity to be at the center of so much excitement, value-creation and friendship.

Evolution Of Well-Being And Happiness After Increase In Produce Consumption

What 35 Years Has Delivered