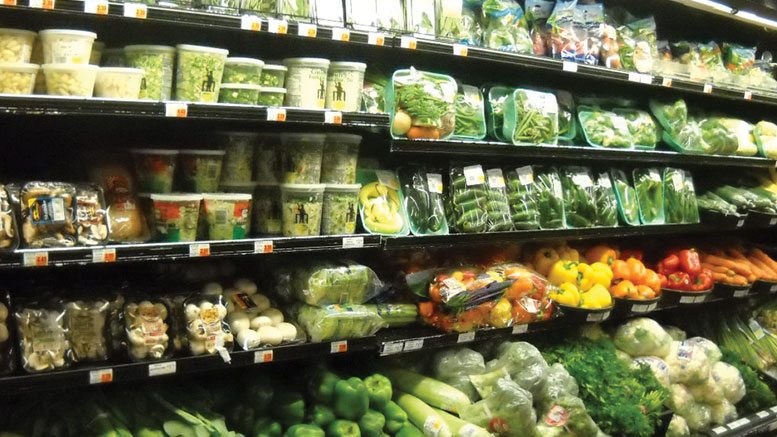 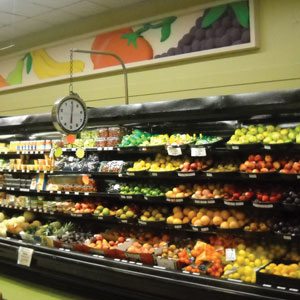 Produce is an important drawing card at Zuppardo’s Family Supermarket, a single-store operation in Metairie, LA, in the New Orleans metropolitan area. Zuppardo’s is the oldest self-service supermarket in the surrounding region and is preparing to relocate to a new building.

Produce accounts for about 10 percent of Zuppardo’s sales, but should grow even larger when customers will be able to shop in an expanded produce department in late 2018, after owners finish construction of a new store.

The produce department in the 22,000 square-foot store is laid out in a square shape, in a style prototypical of the 1960s. As shoppers enter Zuppardo’s, they enter the 2,000-square- foot produce department after walking a short way to the right. In the summer, customers are greeted in the front of the department by seasonal displays of cherries, grapes, nectarines, peaches and watermelon. In the fall, shoppers see local produce on the display tables, including eggplant, pepper and squash. In early August, the store was featuring Florida green-skinned avocados, which it purchases directly from the supplier.

Refrigerated cases holding fruits, salads and juices are on the left and right sides of the section while in the center are dry bins with bananas, plantains, potatoes, tomatoes, malanga and yucca, as well as other produce. Zuppardo’s produce department merchandises a full line of fruits and vegetables in 120 feet of linear cases of dry and wet displays.

Constructed in 1963, the store hasn’t been remodeled since 1985. It’s antiquated and more representative of a store where older people might shop. Young people perceive the store as old and run-down, says Joey Zuppardo, co-owner. In the new 45,000-square-foot store, the produce aisle will inhabit 4,000 square feet, double the current size.

With an eye toward the evolution of the grocery business, the new store will provide what shoppers, particularly Millennials, desire, including prepared and ready-to-eat foods. It will also include a salad bar, an expanded deli and kitchen that will prepare take-out meals to shoppers’ specifications, as well as other services. “There will be a new emphasis on what we do here in the grocery business,” says Zuppardo. “Providing meals readily prepared or ones prepared to cook will be important, and this store will have a focus on fresh produce.”

The store’s owners plan to break ground on the store, to be constructed adjacent to the current one, in October. A soft opening is planned for fall 2018. Zuppardo says purchasing the property took a decade.

Located at the intersection of Veterans Boulevard and Transcontinental Drive, Zuppardo’s is the oldest grocery store on an important city artery. Metairie is on the north side of New Orleans, which it borders on the east, below Lake Pontchartrain.

About 40 percent of the store’s shoppers are elderly Blacks and Hispanics living in an upper-middle-class neighborhood, which includes recently constructed apartment complexes and a nearby retirement center. In the city, 80 percent of Metairie’s residents are White, 13 percent Hispanic and 10 percent Black, with 63 percent of its residents 18-64 years of age and 17 percent older than 65, according to the U.S. Census Bureau. 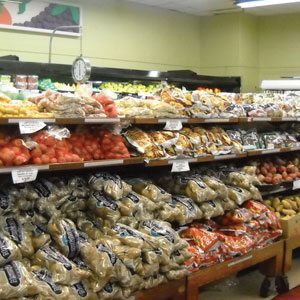 The surrounding area’s ethnic groups purchase lots of specialty produce, including vegetables such as cucuzza, an Italian squash, and Latin American and Mexican specialties. Zuppardo’s prides itself on providing many vegetables that are difficult to purchase elsewhere. The store sells local items, including sweet potatoes, okra, tomatoes, squash, beans, strawberries and citrus, most of the year.

Produce is a big draw for the store. “It’s a destination,” says Zuppardo. “People come here to get our produce.”

Suppliers include Associated Grocers Inc., which distributes from Baton Rouge, LA, and Metrana’s Produce Inc., based in the New Orleans suburb of Westwego, LA.

A consumer drawing card is critical with national competitors close by, including a Wal-Mart a mile down the street. Quality, service and low prices are keys to successful retailing in that part of The Big Easy. “We are constantly fighting (for business),” says Zuppardo. “You have to give people a reason to come in. At this point in time, it will be price and service. It will be the same in the new store. We have to be competitive. We have to give customers the service they want.”

And they want engagement; giving customers plenty of attention is a priority. Being available to customers when they enter the store is important. “It makes a difference when the owners are there… a BIG difference,” touts the retailer’s website.

Zuppardo is a different kind of supermarket owner. He enjoys sitting in the front of the store behind the checkout registers, which provides access to interact with customers. The hands-on location allows him to help customers with purchases and discover their shopping needs. Zuppardo is the type of owner who will walk up to customers and bag their groceries, while simultaneously inquiring if they found everything they came to purchase. “My mantra is to answer every phone call and talk with every customer,” he says.