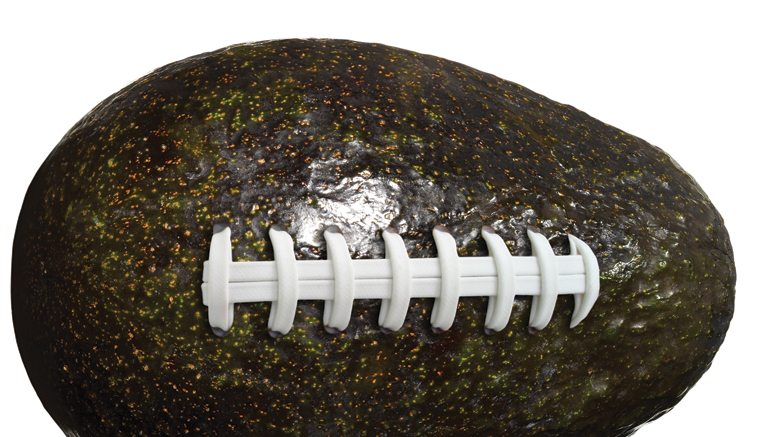 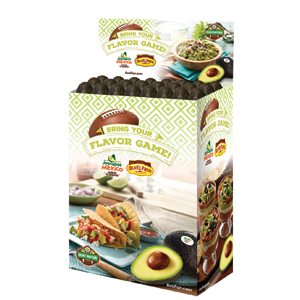 At this point, we still don’t know for certain which two teams will make it to the Super Bowl in Houston on Sunday, Feb. 5, 2017. We do know that millions will be watching the game, regardless of who’s in it. And they will eat. A lot. Over the past 50 years the Super Bowl has become an American tradition celebrated like most holidays — with food. So much food in fact, that the average American Super Bowl watcher will consume at least 2,400 calories during the game, according to the Calorie Control Council.

Consumers plan for the Super Bowl like any other holiday meal. Produce managers make sure fruits, nuts and vegetables are part of their game-day planning by highlighting produce though cross merchandising and POS materials. Social media also plays a role for both marketers and retailers.

Lori Castillo, brand manager for NatureSweet LTD, headquartered in San Antonio, TX, also recognizes the value of social media in getting football fans pumped up for game day meals. “Digital and social media leading up to the big game are key components to support sales, along with in-store marketing efforts such as in-store display and POS,” she says.

For its part, NatureSweet will once again give consumers the opportunity to win prizes as Snacking MVPs by sharing their favorite game day recipes through the company’s social media channels.

Retailers are also getting in the social media game as Moses A. Abayan, manager of Phoenicia Specialty Foods in Houston, points out. “Social media, like Facebook and Instagram, is the easiest and quickest way to get the word out. Our team of creative individuals works hard to share recipes year-round that are posted on the Phoenicia website. As the Super Bowl is being hosted in Houston this year, expect a recipe or two for crowd-pleasing spreads for game day.”

According to Adam Cooper, vice president of marketing for Wonderful Pistachios & Almonds based in Los Angeles, the company will remain active in social media throughout the season, with additional firepower planned for television and other online platforms. Wonderful has invested $55 million in support of the largest pistachio crop in history. Part of that investment has gone toward its “Get Crackin’” advertising campaign with TV commercials and digital spots featuring Ernie the Elephant. “This pistachio-loving, health-conscious, somewhat bold, always hilarious, computer-generated spokes-elephant refuses to work for peanuts and is voiced by WWE Superstar John Cena,” says Cooper.

In addition to these ads shown throughout the season, Wonderful is also airing two spots featuring Richard Sherman, Seattle Seahawks cornerback, as well as a series of “Snack Smarter” digital videos, also featuring Sherman, that will be promoted online and through social media channels to educate football fans on the nutritional benefits of Wonderful Pistachios.

Avocados From Mexico (AFM) is planning another return in 2017 with a Big Game ad, according to Alvaro Luque, president of the Irving, TX-based organization. “We see the Big Game as a key opportunity to promote our brand and product because we know that guacamole is going to be there in front of the TV sharing snack time with other recognized brands that are lacking the nutritional value that avocados add to the occasion,” says Luque. “That’s our big differentiator. We can give avocado lovers the opportunity to consume something fun, delicious and good for them on this day. Promoting fruits and vegetables during football season is a great detour from the traditional salty, high-fat snacks, and it offers consumers the chance to enjoy guilt-free nibbling throughout the game.”

From the August pre-season game through the January playoffs, the NFL schedule is long, but it gives retailers plenty of time to build up to the Super Bowl. “Collaboration and partnerships that bring an experience to the consumer are what makes a great promotion surrounding the Super Bowl,” says Nichole Towell, director of marketing at Duda Farm Fresh Foods Inc. based in Oviedo, FL. “Give-aways, including tailgating gear, and in our case, tickets to the Super Bowl in February, create buzz and excitement while offering opportunities for shoppers to engage directly with the brand for months leading up to the Big Game.”

“In terms of merchandising,” says Cooper at Wonderful, “we are unique in that we utilize our in-house merchandising team that works directly with retailers to create the perfect displays and provide merchandising support, including special promotional add-ons that create cart-stopping moments for our consumers.”

NatureSweet’s Castillo recommends retailers make use of in-store promotions to provide shoppers with fresh produce options. “NatureSweet will be tackling sweetness this year with SunBursts MVP, offering consumers easy snacking game day recipes and chances to win prizes. The promotion will be supported by a variety of marketing materials from POS cards, online elements, shipper displays and more.” 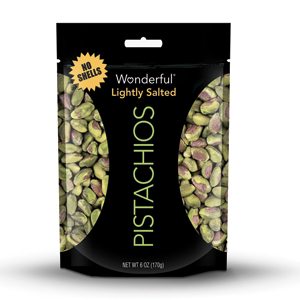 Moe Issa, owner of three Brooklyn Fare markets with New York City locations in Brooklyn, Manhattan and West Village, puts football promotions front and center in produce so customers see them when they first enter the store. “We do homemade guacamole, homemade salsas; we do fruit platters — we push that with stands in produce on Sundays, and even more so for the Super Bowl.”

“We do homemade guacamole, homemade salsas; we do fruit platters — we push that with stands in produce on Sundays, and even more so for the Super Bowl.”

Towell at Duda Fresh Farms sees the potential of crunchy veggies as good appetizer options, saying, “Scoop-able veggies with added crunch, like celery sticks and radish chips, are a great substitute for traditional chips because they bring out the flavor of everyone’s favorite dips without the added calories and salt. Retailers should respond to the different needs of consumers during football season by offering options — while many will continue to eat traditional chips, dip, and wings, many will also seek out healthier alternatives that allow for balanced snacking.”

Handing the ball off to snap peas is a great play as well. According to Jacob Shafer, marketing and communication specialist for Mann Packing Company in Salinas, CA, “Mann’s sugar snap peas are truly stringless varieties that are sweeter, plumper and taste better overall. There is a growing understanding of sugar snap peas, and their many uses in the kitchen and for snacking.”

Snap peas are moving beyond dips as consumers get more informed about their versatility for use in both side dishes and as an ingredient in main dishes. “This consumer education has helped sugar snap peas become the second-fastest growing sub-segment of the core vegetable category,” says Shafer.

It’s not a Super Bowl party without chips and dips, and the produce department has its own star player in the avocado. “We continue to see strong growth year over year,” says AFM’s Bezart Hall. “For example, in 2015 during the four weeks leading up to the Big Game we imported 169 million pounds; in 2016, our imports went up to 210 million pounds in the same four weeks prior to the game. That’s a 25 percent growth in pound volume. We anticipate continued growth and delivering strong numbers for this coming game in 2017.”

Jay Alley, vice president of sales for Wholly Guacamole, based in Saginaw, TX, sees big numbers as well. “More than 139 million pounds of avocados were consumed last year, and a majority of that was guacamole.” Alley says. That’s a whole lot of guac and big displays translate into big sales during big games. “Displays at the front of the departments create excitement and impulse purchases,” he says. “Retailers that create a party destination for the Super Bowl are sure to see great results.”

Guacamole has become America’s go-to dip, as Alley attests. “Chips and guacamole belong together and they have been a staple for snacking during the Super Bowl for years. We expect that to be true once again for the upcoming game.” The way consumers interact with guacamole is expanding, too. Consumers are dipping vegetables in it and using it as a spread to top burgers, wings, hot dogs and even pizza, according to Alley.

The health message should not be sidelined for the Super Bowl. For DeLyser, chips and produce aren’t either/or propositions. “Retailers can benefit by promoting vegetables and fruits as an integral part of Big Game gatherings rather than as a substitute for traditional salty snacks.” She recommends POS materials that highlight a variety of different colorful fruits and vegetables to incorporate into game day parties.

Hummus is another great dip option that’s gaining traction. Pairing hummus with guacamole offers a healthy combination for dipping veggies. “Playing upon their popularity, we’ve created a variety of recipes perfect for snacking throughout the game, including Sunbursts Guacamole and SunBursts and hummus on pita. Co-promotions and dual merchandising in-store are winners when it comes to cross promotion,”says NatureSweet’s Castillo.

Shafer advises retailers to expand shelf offerings of cut veggies and stresses the importance of understanding the trends driving the category in order to take full advantage of all sales opportunities.

Alan Hilowitz, spokesman for Ready Pac Foods in Irwindale, CA, sees the health trend gaining traction for all occasions. “The past few decades have spurred a full-on revolution in consumers’ approach to food,” he says. “Mindsets have shifted in a massive way toward a desire for fresh, simple and less processed foods. What some skeptics initially claimed was a fad is, in fact, accelerating and growing — with Millennials, in particular, driving the desire for healthy, fresh, clean food.”

This healthy eating movement gives produce managers a prime opportunity to score points with consumers all the way up to game day and should be a part of any winning Super Bowl merchandising strategy.