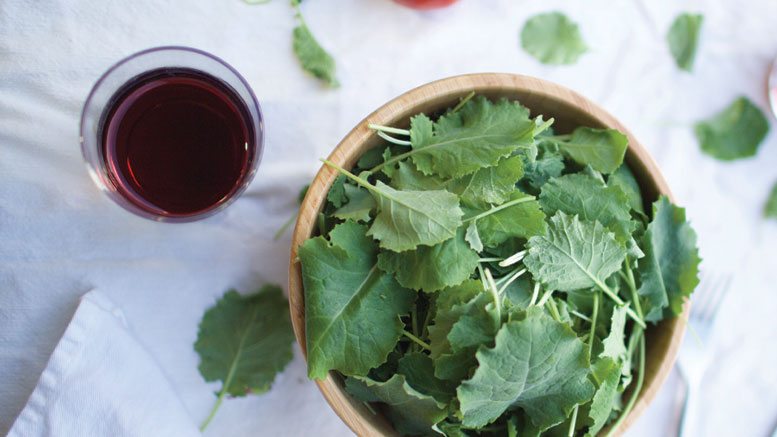 Consistency, sustainability and technology give way to protected produce programs

In the early days of greenhouse production, Greenhouse Produce Company President Fried DeSchouwer recalls U.S. supermarkets receiving these specialty supplies from Europe. In the 1990s, producers from the Netherlands, Belgium and Spain ran the greenhouse game and supplied much of the North American consumer market.

DeSchouwer said those European-dominated days are now gone, as U.S., Canadian and Mexican producers have come into their own. In a decades-long career, he has witnessed the category evolve from a high-end, niche sector to a significant part of retailer produce programs. “Retailers today are relying on a good portion of their tomato, pepper and cucumber categories from greenhouse-grown items,” said DeSchouwer, a Vero Beach, FL-based operator.

“What we’ve seen is that the greenhouse growers and suppliers have overcome the trade barriers, or basically the frontiers of the borders, where they supply a year-round supply with products imported from overseas to fill in with large winter seasons out of Mexico and summer seasons out of Canada, or domestically produced. So it’s a full circle.”

This growth in acreage and value for the North American greenhouse sector points to promise for sales teams, hoping to bring stronger programs to retailers. As producers and buyers realize the benefits of more consistent, controllable supply, greenhouse vegetables could soon reign supreme in the produce aisle.

While the 2007 U.S. Census of Agriculture noted a 4 percent drop over five years in greenhouse vegetable acreage, the 20-year trend has largely favored growth. With 2014 sales at US$796.7 million, the value of protected food production in the United States grew 44 percent in five years. The same period also experienced notable growth in operators, climbing nearly 71 percent to 2,521.

“Consumers driven by quality, variety and pricing should benefit from greater production of protected produce,” says Dionysios Christou, vice president of marketing for Del Monte Fresh Produce in Coral Gables, FL. “Greenhouse produce items are less prone to swings in production volumes. As the demand for sustainably grown produce continues to rise, we expect to see the importance of greenhouse integration steadily increase.”

“What really made greenhouse a great partner to retail is consistency. We have the consistency, quality, flavor and production volume.”

The benefits brought by consistency and ever-improving sustainability are just part of the sales pitch Del Monte Fresh Produce brings to supermarket teams. Christou also pointed to the benefits of shielding produce from the elements, creating more uniform product appearance, ease in pest management, and in southern production zones, the lack of need for heating or artificial lighting.

To drive these points home to the consumer, he recommends point-of-sale material in produce sections to raise awareness.

“Retailers may place small signage around the product describing the benefits, nutritional information and how it differs from other produce. We encourage retailers to use information brochures, price cards and online resources such as blogs and social media platforms to their full potential in order to attract and educate consumers on the various types of greenhouse produce,” says Christou.

He points to consumer research in the past decade that has found aversion to greenhouse labeling rather than to the actual product. “It more gave an aspect of manipulated, not as natural, manufactured. Under that misunderstanding also fell the nomenclature of hydroponics or hothouse. So we had several of these labels that were attached to these beautiful tomatoes, or on-the-vine tomatoes and consumers were somewhat lukewarm about these,” says DeSchouwer.

Once these labels were taken away, however, DeSchouwer notes those doubts gave way to greater priorities. “They cared, is it safe? Is it healthy? Is it nutritional? Can I depend on it on a year-round basis? What really made greenhouse a great partner to retail is consistency. We had the consistency, quality, flavor and production volume,” he says.

Through vertical integration, from seed to final delivery, DiMenna says his company is able to offer a more consistent and affordable greenhouse product, which ultimately benefits both the retailer and the shopper. “Due to the interest of better flavor, varieties and consistent supply, greenhouse vegetables have become a category that becomes the items best suited for variety and availability in the department,” he says.

While tomatoes, cucumbers and bell peppers add bulk to the overall greenhouse supply, DiMenna anticipates commercial diversification into berries, lettuces and herbs, favored by technological advances. “Once these items gain in momentum and competitive price levels, there will more added to the growing group of items.”

As a Canadian operator, DiMenna says input costs remain high, but improvements in efficiencies should make production more feasible in colder growing regions. Consumer interest in local supply also serves as a driver for the industry to expand.

With these costs currently high, however, he says Canadian producers still hope to receive a premium on their product. “There are a number of concerns in the greenhouse industry. Heating, electricity, cost of construction and labor will all play a factor in the challenges in the greenhouse industry. Added regulations limit our potential to build facilities throughout North America, as well,” says DiMenna.

For Canadian and Mexican producers alike, the U.S. retail market is a major focus. DiMenna says that Canada looks to the United States as a primary consumer market for its greenhouse production. During peak demand months, he says Canada has become a strong greenhouse supplier.

Several factors support sustainability of Canadian protected produce exports to the United States. “Established producing acreage, close access to large areas of the U.S. population, ability to change varieties and packaging to meet the need for the U.S. markets are just a few reasons why Canada should remain an active supply to U.S. consumers,” says DiMenna.

Kingdom Fresh imports supply through McAllen, TX, from 500 acres of greenhouses in northeastern and southern Mexico. At just 15 years old, the company reflects a larger trend that Martinez has observed in the past two decades toward protected agriculture. “Really for vegetables, there is less and less production in open field because you cannot control a lot of things with open field. So people are switching to protected agriculture, which is greenhouse, to protect from pests.

“Also, they have a much better yield and higher quality than products coming out of open fields. They have much better control over the inputs, like the water and fertilizer they use. It’s a more controlled way to grow, so there is a continued shift from open field to greenhouse production, especially for mass production of product for export for the United States and Canada.”

This spells benefits for retailers and provides strong sales points for marketing teams. “Overall, retailers want a better tomato flavor and basically a greenhouse tomato, and the varieties developed for greenhouse tomatoes are really the ones that can deliver a higher flavor profile. So definitely there is a switch and displacement of other varieties out there,” says Martinez.

Favored by land resources, trained staff and ideal microclimates, Martinez sees Mexico continuing to be a strong player in the greenhouse marketplace. “I think Mexico is going to continue to be a very dominant factor in the fresh produce marketplace in the United States for years to come. As far as how important it is for Mexico, the U.S. market is very important. Anyone that grows in greenhouses in Mexico, they have in mind to export that product to the United States or Canada.”

“We can grow and put in technology like heating, but at the time, there are other areas that can grow cheaper crops with less input. It doesn’t make sense for us to go in and invest with additional costs,” says Martinez, emphasizing the importance of choosing adequate locations for greenhouse operations. “Location is key; just like retail. Location, location, location.”

For Southern California-based Local Roots, location is at the heart of its business model. Rather than rely on an importer-exporter model, the vertical farming operation hopes to use technology and real-time data to bring indoor production to any location.

Founder Eric Ellestad says the company operates controlled-environment, indoor farms with the hopes of improving global health. The model goes one step further than traditional greenhouses, by creating fine-tuned, local-growing environments that cut out much of the supply chain.

The Local Roots growing units, called “Terra Farms,” create potential to not just expand supply availability through indoor production, but to create a truly local source. “Each Terra Farm is a stand-alone, turn-key, modular unit that you plug in power, pump in water. It’s a self-contained, closed farm that only takes 320 square feet and can operate in any geography, any climate, 365 days a year,” says Ellestad.

The company currently has units in Southern California and hopes to expand this year to the northeastern United States, where it will put its Terra Farms to the test in a much different climate. The model speaks to the diversity of the protected produce sector and its ability to provide creative supply solutions.

While Local Roots has focused largely on the foodservice sector until now, Ellestad cites many of the same sales points as other protected produce marketers. “Our business model is to deploy and operate these farms in large-scale, commercial-scale projects. So we work with large foodservice and retail buyers and evaluate their supply chain challenges, especially around highly perishable, high-value greens and opportunities to use our growing process to provide a more consistent, higher-quality and food-safe product across the network,” says Ellestad.

Ellestad also points to the benefits of avoiding pesticide inputs and cutting back on water use. His vision is to provide commercial volume of local produce anywhere in the world. Ellestad describes this as an opportunity for retailers to shift their procurement strategies and embrace a more sustainable, responsible produce supply.

For retailers now, Greenhouse Produce’s DeSchouwer says that no store currently relies on a single supply source. “There is not one retailer that relies on one particular production area,” he says. “Most of the marketing companies are currently representing various regions, various products and pulling it wherever it’s economically feasible.”

Whether product was grown in Canada, Mexico or down the street, however, U.S. retailers can expect to rely more and more on protected produce programs. “Retailers really like it because not only can they plan ahead, they can also depend on promotional activities, they can depend on supplies and they can depend on their greenhouse partners to not only develop the category, but also to build the category when it comes to a product line that is broader than field producers,” says DeSchouwer.

For sales teams committed to promoting greenhouse goods, the best days are still to come.