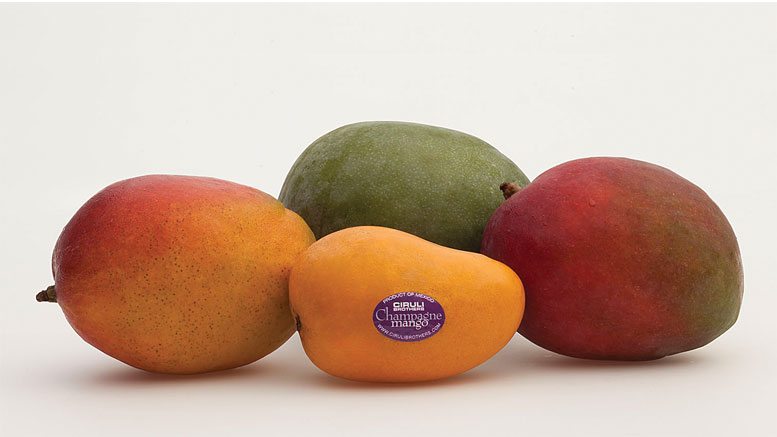 Mangos are popular around the world, but in the United States, there is lots of room for education and growth. 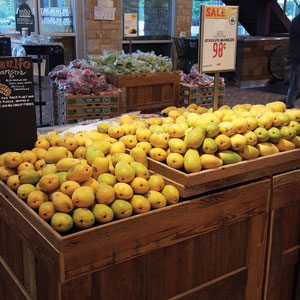 The mango is the most commonly eaten fruit around the world; yet in the United States, the tropical stone fruit doesn’t even break the top 10, trailing far behind produce department stars like apples, bananas and grapes. That disparity — between the global consumer and shoppers here at home — points not only to an experience and education gap, but also to the huge opportunity for growth that exists in the marketplace.

“Mangos are still relatively exotic compared to other fruits,” says Ronnie Cohen, vice president of sales at Vision Import Group, a Hackensack, NJ-based mango importer and distributor. “In my opinion, mangos are about 10 years behind avocados in regards to consumer awareness and general consumption. As a mango importer and distributor, I would definitely want them to catch up a little faster.”

Mangos are grown in tropical climates across the globe, with India, China and Thailand exceeding production of most other countries combined. But the bulk of the mangos we enjoy here in the United States comes from Mexico, Ecuador, Peru and Brazil, as well as other countries. Thanks to its border-sharing status with the United States, Mexico represents the majority of mangos imported into the country, with about 66 percent of the market share.

“Mexico has the majority of mangos in season simply because of its location and the season that it has,” says Cohen. “Mangos are a warm-weather fruit; people will consume more during the warmer weather.”

Thanks to other mango-producing countries, Americans can buy and enjoy the “King of Fruits” year-round. But Mexico’s lengthy growing season, which begins in February and extends into September, best overlaps with our current consumption patterns. That timing, combined with the country’s proximity to the marketplace, also ensures that consumers will be getting the best-tasting fruit.

“Because of distance and logistics, it’s much more compatible to having that positive experience,” says Cohen. “You can harvest the fruit at a more mature stage and get it to the port of entry, distribution center, retailer and the dinner plate or fruit bowl in a much quicker period of time, so you’ll have a much better experience.”

Mango consumption continues to climb in the United States. “In the past 10 years, mango volume has increased 50 percent, from 62 million boxes in 2005 to 93 million boxes in 2015. This is a good indication that consumers are more comfortable with buying mangos,” says Angela Serna of the National Mango Board, Orlando, FL. The National Mango Board’s mission is to increase consumption of fresh mangoes in the United States through research and promotion.

Little illustrates the unique opportunities and challenges facing mango sellers better than a factoid on Google. According to its most recent Google Food Trends Report, “how to cut a mango” topped the list of the search engine’s “How To” food queries, experiencing a 61 percent jump in a single year. That small piece of information reveals both the interest and inexperience that surrounds the mango.

“Where we really need to dial in is that consumer education piece of how to buy a ripened mango and then how to cut it and prepare it,” says Chris Ciruli, chief operations officer of the family owned grower-shipper Ciruli Brothers, Rio Rico, AZ . “People are very familiar with using mangos in smoothie form, but we have to get them used to more fresh applications and as snacks throughout the day.”

Ciruli is currently serving his second term as a member of the National Mango Board, and as such, he’s watched the continued acceptance and rise in popularity of the avocado, among other fruits, with keen interest.

One of the ways you accomplish that, he notes, is by bringing growers and distributors together in a more cohesive fashion. The other is to continue doing the research and promotion that the National Mango Board has been so invested in for the past decade. “In the 10 years that the Board’s been working, there’s been tremendous growth,” says Ciruli. “But even though we’ve grown a tremendous amount, there’s still a 60 to 70 percent market share of people who aren’t buying. Even though we’re seeing huge growth in our item, there are still a lot of people we can pull into this marketplace to create more market and sales. There’s a huge upside.”

Based on recent usage reports, the average age of the current mango purchaser is 42. But thanks to contemporary health, diet and even social media trends, that number is beginning to skew downward.

“With the growing emphasis on healthier alternatives, mango has begun to shine with younger consumers,” says Serna. “It is also resonating with them from a cultural aspect, as Millennials want to explore other cultures and their cuisines.”

Today’s savvy food consumer often looks first to social media platforms like Twitter, Instagram and Facebook to stay up on trends, and that’s where you’ll find tips, tricks and recipes devoted to mangos — from salad dressings to fancy desserts — from chefs, photographers and other food influencers.

“We’re also seeing retailers become a growing resource for consumers, especially since many retail chains are now offering nutritionists or registered dietitians in stores with their own messaging outlets,” says Serna. “With this continued growth, retailers often pull mangos from the tropical section into the main displays of the produce department, as well as to the front of the store.”

The fact that color is not the best indicator of ripeness is another unique challenge that mango sellers face. Depending on the specific variety, a perfectly ripe and sweet mango can range in color from deep green to creamy yellow and all the way up to the familiar warm strawberry blush favored by consumers.

“It’s an education piece,” says Ciruli. “For example, the yellow mango has been around for years, but it was an educational piece to get the U.S. consumer to figure out what it is and that it’s a great-eating piece of fruit; and sales have followed. The more educated the consumer is they’re willing to try more and more varieties.”

There are literally hundreds if not thousands of different mango varieties cultivated and enjoyed throughout the world, but in the United States consumers typically encounter only six commercial types. For years, the Tommy Atkins has been the most widely grown commercial variety coming into the United States. The firm-fleshed variety travels well, and the dark red blush that washes over the fruit as it ripens offers inexperienced shoppers a sort of visual clue as to ripeness.

“But now you’re seeing retail chains and foodservice processors who are beginning to dial into better eating quality, and they’re getting into more Kents, more Keitts looking for brix [sweetness] and flavor,” says Ciruli. “The yellow mango is an item that has a lot of flexibility for both eating fresh and cooking, and that’s why you’re seeing those varieties do extremely well in the marketplace.”

As with many of the foods eaten and enjoyed, one’s experience growing up has a great deal of influence when it comes to shaping personal preferences. In terms of demographics, the largest category for mango growth exists in Caucasian shoppers.

“They are largest part of the population that does not purchase mangos,” says Vision Imports’ Cohen. “Twenty-five years ago, mangos were not commercially grown to the extent they are now. But if you speak to a lot of the people who grew up in other countries, they often had a mango tree in their backyard. It’s part of their culture memory. When those fruits came on, that’s what people remember.”

So mangos naturally have an important place in the Asian, South Asian and Latin diets. As is so often the case, the cultural preferences of the few — especially when it comes to food—can help shape the preferences of the many. It’s a trend that’s unfolding at supermarkets coast to coast.

“We’re seeing more choice,” says Ciruli. “And it’s not just different varieties, but different states where they’re grown. Not just Mexican, but from their home state of Michoacán or Jalisco or Sinaloa. Or from off-shore communities of the Philippines that are hard to get. People from those countries will pay a tremendous amount for what they perceive as their home variety.”

That’s good news for mango growers worldwide, but especially those in Mexico, where the quantity and quality of this nutritious tropical fruit continues to improve with each passing year.

“Mexico continues to bring more and more acreage into production every year,” says Ciruli. “If you take out the anomaly of 2015, [which faced challenges due to weather], you have been seeing a 10 to 15 percent growth out of Mexico every year; I don’t see why that wouldn’t be the trend going for 2017.”

This year and the next decade is a period of time that the National Mango Board is looking forward to with great anticipation, expectation and optimism. “We just celebrated our 10-year anniversary as a board and those first 10 years were extremely successful,” says Ciruli. “As we’re looking at the New Year, the mango is still an item that has so much excitement, so much growth potential around it.”